Sometimes it can be hard to see the messages a movie teaches, especially if they’re unintentional. The best way to see a movie’s messages, the bad ones in particular, is to be a parent watching the movie with your kids. Suddenly you find yourself talking to your kids after you leave the theater or after the video finishes playing at home, just to see if they picked up on the bad messages. Then, if they did, you can try to do some damage control.

Quality doesn’t generally come into play when it comes to messages: There are plenty of bad movies whose messages are perfectly benign, and plenty of good movies that have messages you definitely wouldn’t want your kids to take to heart. It is this latter category with which this list is concerned. Here then is a countdown of the top 10 bad messages in good (and at least somewhat geeky) movies: 10. If you’re not born with special abilities, you’re never going to be any good at some things, no matter how hard you try (from the Harry Potter movies, and, of course, books). In the world of Harry Potter, there are those who are born with magical abilities, and those who aren’t. There’s even a word, “squib,” for people born to wizarding families who can’t do magic. It’s made very clear in the stories that, if you’re unlucky enough to be born without magical talent, you’re never going to amount to anything in that world and might as well not try.

9. No matter how appallingly bad conditions on Earth get, so long as there is one tiny plant on the planet, it can still be restored to its former beauty and sustainability (from WALL-E). In WALL-E, Earth is depicted as essentially one big desolate, deteriorated waste dump. Then WALL-E finds one tiny little green plant, and that is evidently enough to constitute proof that the planet can be reclaimed. That’s one small plant in the midst of millions of square miles of garbage and lifeless expanse. It kind of flies in the face of the desired message behind the film to imply that, no matter how badly we screw things up, one dinky little leafy green thing will constitute hope for all of humanity.

8. Technology is fundamentally evil (from lots of movies, including the The Lord of the Rings trilogy). This message comes pretty much unchanged from the books, but it’s much easier to see it in the movies. You see the orcs destroying trees, building fires and operating machinery both to produce more orcs and to assist them in combat. By contrast, the various forces of good rely on intellect, magic, swordsmanship, archery and a fair helping of luck. Can there be a doubt about the message there? 7. Arrogance, brash self-confidence and having had a heroic father are much more indicative of a competent leader than are experience and knowledge (from the 2009 Star Trek movie). Jim Kirk rises from a cadet with a disciplinary hearing hanging over his head to captain of the Enterprise in a matter of days, maybe even hours. This is due partly to his making an astonishingly unlikely connection between the report on the Romulan miner ship and what he remembers reading about the encounter when his father died. But it’s mostly due to Captain Pike’s experience working with Kirk’s father and the fact that Kirk acts like an arrogant jackass that he gets bumped up to First Officer so rapidly. Never mind the fact there have to be dozens, if not hundreds, of far more experienced officers (even if they’re not on the Enterprise) who would be better-suited to the captain’s chair than the alternate Kirk as presented in the film. So, even if Kirk did manage to become the ship’s captain towards the end of that adventure, how could he hope to keep the job (other than, of course, that it’s his destiny)?

6. Kissing sleeping women you don’t know will wake them up and lead to them falling in love with you (from Sleeping Beauty and Snow White and the Seven Dwarfs). We don’t really need to explain this one further than that, do we? I mean, we all know the stories.

5. If you’re a really good person, but in a lousy situation, simply wait around and eventually good things will just happen to you (from Cinderella). Cinderella ends up living happily ever after, but not because of anything she did. If the Fairy Godmother (a deus ex machina if ever there was one) hadn’t appeared, it’s a sure thing Cinderella wouldn’t have done anything on her own to get out of the house. Yes, her stepmother and stepsisters treated her terribly, and one could argue that she deserves a Fairy Godmother. But — stop me if you’ve heard this before — life isn’t fair, so why should she get something just because karma says she deserves it?

4. Unconventional creative play is very, very wrong (from Toy Story). Sid, the kid next door, is portrayed as basically evil. The movie makes him out this way because he pulls toys apart and reassembles them in strange ways, and likes to blow things up. In other words, he’s a geek. If the toys weren’t alive — and Sid can surely be forgiven for not realizing that they were — his behavior would be perhaps a little extreme, but not in any way wrong, especially for a kid his age.

3. Even tough women who aren’t afraid to fight aren’t as important as the men they fight alongside (from the Star Wars movies). – Princess Leia, despite being very comfortable giving orders and shooting at stormtroopers, always hands off the really important jobs to men. Luke tells her that she’s his sister and Darth Vader is their father, and by the way he’s going off to confront daddy to try to turn him back to being a good guy, and she doesn’t insist on coming with him or joining him later. On Hoth, Luke and Han are out scouting on Tauntauns, but she’s back at the base where it’s nice and warm. And then there’s Padme, who kicks a fair bit of butt, but only until she and Anakin get secretly married, at which point she essentially vanishes except to talk about her pregnancy and her worries about her husband. As we know, of course, pregnant women are incapable of doing anything except sitting around worrying, right?

2. It’s OK to completely change your physical appearance and way of life for the person you love, even if he makes no sacrifices at all (from The Little Mermaid). This movie has the single most appalling ending of any Disney movie ever made, which is a shame because, apart from that, it’s a decent film. I just cannot comprehend how anyone could make a movie in the late 1980s with this message, which is not exactly subtle: Ariel gives up her home, her family, and BEING A MERMAID because she loves Eric so. And he gives up … nothing. Yeah, that marriage is off to a great start.

1. If you’re not a member of the elite, you’re basically inconsequential, even if you die heroically trying to save your people and your way of life (from the Star Wars movies). This crops up time and time again in the series, but nowhere is it more clearly demonstrated in the assault on the first Death Star. We mentioned it a few months ago, but here it is again: There are somewhere between 20 and 30 one-man fighters in the assault, right? And of all of those guys, only Luke, Wedge and some guy in a Y-wing make it back (and Han and Chewie, of course, but they weren’t part of the original team). So that means that in this fight, despite its amazing success, the rebels lost somewhere between 17 and 27 of their very best, bravest pilots. Yet all they can do is cheer as Luke descends the ladder of his X-wing. Luke cheers, too, hugs Leia, and is absolutely ecstatic … until he realizes that R2-D2 got badly damaged in the fight, at which point he is nearly distraught. Losing fellow human beings, including a good friend of his, that doesn’t matter; possibly losing a cute but replaceable machine, now that’s sad. And of course then there’s the whole matter of Vader being redeemed because he saved his own son’s life, never mind the thousands of people whose deaths he was responsible for.

Any other good (bad) ones? Please leave a comment.

[Note: A version of this article was published on GeekDad in November of 2009.] 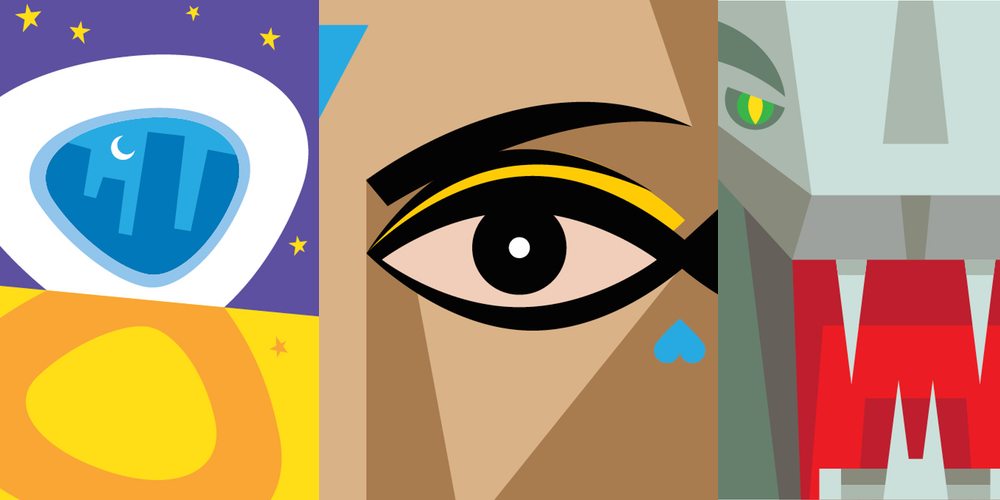