Overview: Games like Mafia and Werewolf are great for players who like the psychological aspect of games, using deception and deduction to find the bad guys (or eliminate the good guys). But getting eliminated sucks: if you’re the first to go, you may end up sitting out for an hour while the game finishes up before you get another chance. The Resistance (originally published in 2009) took the secret identity game but nixed the elimination, so everyone stays in the game — and it plays in about half an hour. Avalon, an upcoming sequel, shifts the stage from a dystopian sci-fi future to the world of Arthurian legend, and adds some new twists.

Retail: $19.95 for The Resistance; $20 for Avalon on Kickstarter (with various reward levels)

Rating: Intense and nerve-wracking, in a good way.

Who Will Like It? If you enjoy games like Mafia and Werewolf, then you should definitely check out one version or the other. These are definitely games for people who like using deception and deduction, so they are not for people who will take accusations personally. You need a gaming group that can keep things “in the game.” But if you enjoy tricking other people or figuring people out, The Resistance is excellent. Read on to learn how the games work, and the differences between the two versions. Components from The Resistance. (Not pictured: cards for the included expansion The Plot Thickens)

The two games have very different settings, but in each game the crux is that there are good guys trying to accomplish certain tasks, and bad guys trying to stop them. For The Resistance, the good guys are rebels, overthrowing a malignant government; the bad guys are spies within their ranks. The artwork has a sci-fi flavor to it, and the resistance is trying to complete Missions. In Avalon, it’s the Loyal Servants of Arthur versus the evil Minions of Mordred, completing quests. The artwork for this one features knights and ladies, with chalices and crests. With both games, the artwork helps set the scene, but in the end it comes down to good guys and bad guys. Scoring tableau for the 7-player game in Avalon

Avalon‘s components are similar, but you get 14 character cards instead of 10, 3 double-sided score tableaus, 2 Loyalty Cards, and 1 Lady of the Lake token. Some of the components will be smaller tokens rather than cards, and there are no Plot cards.

The cards in The Resistance are a decent quality with a linen finish. They do tend to stick to each other just a little, at least when you first break it out. I like that the score tableau isn’t too big, which means the whole game fits into a small box (just larger than the width of two decks of cards). With Avalon, they added more tableaus so that you can use a specific one depending on the number of players — this makes it easier to read per game, but increases the number of components a little.

To set up, each player receives a Character card which indicates whether they’re good or bad. The number of good and bad guys depends on the number of players — for instance, in a 5-player game there will be two bad guys; in a 10-player game there are four. These cards are kept secret. One player is randomly selected to be the first Leader and is given the Leader card (or token).

Once everyone knows their affiliation, there’s a bit of a script to get everyone situated. Players will close their eyes and the bad guys get to open their eyes to find out who’s on their team. In Avalon, the spies will also reveal themselves to Merlin by sticking up their thumbs (with their eyes closed) so Merlin can see who they are.

The game is played over the course of five missions/quests. The good guys must succeed at three missions to win. The bad guys must create three failures to win.

For each round, there is a Team-building phase and then a mission/quest phase. (No, not the sort of team-building where you do trust falls and climb on rope ladders.) The leader takes the requisite number of team cards and distributes them to whichever players they choose. The number of team members will depend on the number of players and which round it is. Once the team has been chosen, then everyone gets to vote on the team. This is where a lot of discussion takes place. The first time, of course, there’s not as much information, but as the rounds progress people will figure out more information about other players, and this could lead to some intense debate (and plenty of lying). Everyone selects an Approve or Reject card, and then they’re all revealed simultaneously. If the majority approved, then the team continues to the mission phase. If the majority rejected (or there’s a tie), then the team is rejected and the Leader card passes clockwise to the next player to propose a new team. Note: if five teams are rejected in a single round, the bad guys win.

For the mission phase, the selected team members secretly choose a “success” or “failure” card. Good guys must choose “success,” but bad guys can choose either one. These cards are collected, shuffled up, and then revealed. (To keep the identities secret, the unused mission cards are also taken up and shuffled up.) The mission is only successful if all of the cards are “success.” (Exception: with 7 or more players, the fourth mission requires two “fail” cards for failure — this is noted on the tableau.) The success or failure of the mission is marked on the score tableau with the red or blue tokens.

The Leader token is passed clockwise, and a new round begins. The game ends after either three successful or three failed missions. In Avalon, if the good guys complete three quests, the bad guys have one more chance at success, by guessing who Merlin is. Avalon also introduces a few other twists, particularly around the characters. The basic game introduces Merlin as one of the good guys, and Merlin knows who the minions of Mordred are and can use this information to his advantage. However, he cannot be too obvious about it, because even if the good guys succeed at three quests, the bad guys can still win by guessing who Merlin is. The Mordred’s Assassin character card doesn’t have any special power, but the player with that card serves as the spokesperson for the bad guys.

Other optional characters that can be included in the game are:

There are also some variant rules. “The Plot Thickens” adds some additional cards which the Leader gets to distribute: some of them let you peek at somebody’s character card, or automatically reject a team, or force somebody to play their mission card face-up. These can also be used in Avalon with the Loyalty cards.

I love games that involve hidden roles and deduction, but the problem with most of them is the player elimination. Bang! is a fantastic Western shoot-’em-up, but I know a guy who got killed off before he even had a turn the first time he played the game. Unless there are lots of other games going on, anyone who’s been offed gets to twiddle their thumbs … and there’s a slow trickle of eliminated players which really makes it awkward to start up something else.

The Resistance is a brilliant solution to that problem that still manages to retain a lot of the tension, suspicion, and unwarranted accusations of the original. Because of the structure of the game, there are two mechanics that allow you to gather information about your fellow players: when voting for teams, if you notice a few people who always seem to reject teams, then there’s a good chance they’re bad guys, because that’s one way bad guys can win. On the other hand, they can’t be too obvious about it, because the bad guys are always in the minority.

The other time you get information is from the missions: if any of the cards were “failure” cards, then you know thatsomebody on the team was a bad guy. The trick is narrowing down your list of suspects before they cause three missions to fail. Conversely, if you’re a bad guy and you get put on a team with other bad guys, you somehow need to communicate which ones will play failure cards and which will play success cards so that you don’t blow your cover.

Playing as Merlin in Avalon can be particularly nerve-wracking, because you know who the bad guys are, but you can’t reveal yourself. A lot of the game revolves around communicating with your teammates (or yoursuspected teammates) without being too obvious. You have to pay attention to the nonverbal cues and it can be quite an intense experience. “The Plot Thickens” is pretty fascinating, too, in the way that it really mixes things up and starts giving people other ways to get information on other players. But again, nobody knows who’s lying unless they manage to see the same person’s Character card.

All in all, The Resistance is a great game for folks who like this sort of psychological cat-and-mouse game. You do have to know your gaming group, though, because it’s also the sort of game that (like Mafia) can get people really mad at each other — this is not a game for people who take in-game actions personally, or who can’t separate the game from real life. Although the mechanics may be teachable to kids younger than 13, I think I’d stick with the recommended age simply because it takes a certain level of maturity to be able to lie in a game and not have the consequences carry over outside of it.

Do you need both? Well, the base games are almost identical except for the role of Merlin. You may prefer one theme over the other, but the real differences in gameplay are in the extras: the original game has “The Plot Thickens” included, and Avalon throws in a lot of new character cards with abilities. Since you can combine the two, it wouldn’t hurt to have both, but you’ll end up with extra components that aren’t entirely necessary.

You can pick up The Resistance from your local game store, from Indie Boards & Cards, or various online retailers. For Avalon, visit the Kickstarter page to pledge for a copy. Be sure to check out the Kickstarter updates, too: they blew past their funding goal so quickly (it’s currently at over 200% of their goal as I write this) that they’re trying to come up with some good stretch goals, and a lot of that is spelled out in the updates instead of the main page. [UPDATE: Avalon funded successfully and is now available for purchase.]

Wired: Excellent deduction-deception game that eliminates the elimination. Pick your poison: sci-fi dystopia or Knights of the Round Table.

Tired: You might not need both games, but they have extras that don’t overlap.

Disclosure: GeekDad received a review copy of this The Resistance and a prototype copy of Avalon. 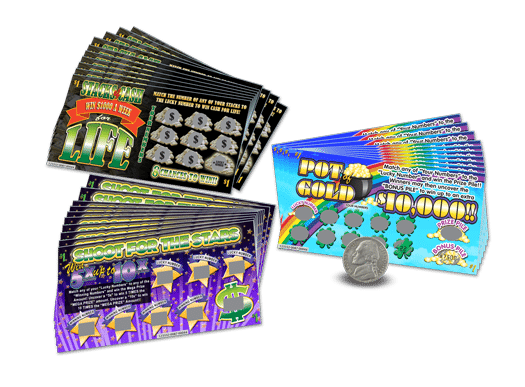