I first noticed Jon Klassen’s illustrations in I Want My Hat Back, though I realized later that he was also the illustrator of a series of middle-grade books, The Incorrigible Children of Ashton Place. He also created concept art for the Coraline film, although I suppose his artwork is less directly visible in that instance. His gouache-and-digital paintings tend to have mostly muted colors, giving everything some measure of gravitas, even in the service of very funny stories. The amount of detail in the illustrations is incredible, from leaves and blades of grass and specks of dirt to little stitches of yarn.

Here are two of Klassen’s recent picture books which show off the breadth of his abilities: House Held Up by Trees, written by Ted Kooser, and Extra Yarn, written by Mac Barnett.

The first, House Held Up by Trees, is a story about nature reclaiming a patch of land, which could be either poignant or triumphant, depending on who you’re rooting for. Ted Kooser was the US Poet Laureate from 2004 to 2006 and his first picture book, Bag in the Wind, has themes about recycling and nature as a plastic bag is blown from a landfill through a town. House begins with a house in the middle of a pristine lawn, surrounded by wild lots covered with trees. The father spends his days mowing the lawn and plucking out any sprouts that grow from the seeds scattered by all the nearby trees. Eventually, the children grow up and move away, the father gets older and eventually moves into the city to be closer to his kids. The house is put up for sale, and becomes neglected.

And then nature takes over: plants grow all around the house and even inside where the roof has worn away. Eventually the trees are large enough that they lift the entire house up off the ground, holding it together even as it tries to fall apart. It’s an interesting book because the cover image (and the title itself) is essentially a spoiler for the ending — but Kooser and Klassen demonstrate that it’s not just your destination, but how you get there that matters. The illustrations are gorgeous and detailed, with just the right level of abstraction. Every page of this book would look great hanging in a frame on your wall.

You can see a few images here from House Held Up by Trees (from Klassen’s website). Extra Yarn is quite different, as you might expect if you’ve read anything else by Mac Barnett, who writes wonderfully funny and bizarre books. In this one, though, the combination with Klassen’s artwork makes it seem more whimsical than zany. A little girl named Annabelle discovers a little box filled with yarn of every color, and decides to knit herself a sweater. When she’s done, she finds that she has some extra yarn. So she knits a sweater for her dog, and then a boy, and then some classmates … and she still has extra yarn.

And so she knits and knits and knits, and the cold little town that was all black and grey and brown becomes filled with color. There are even cameo appearances by a certain bear and rabbit (sans hat). I won’t spoil the ending for you here (in this case it isn’t on the front cover) but it’s a very fun little story and my kids and I really enjoy it.

For more about Jon Klassen, you can visit his website www.burstofbeaden.com, where you can see a lot more of his artwork and even buy prints of illustrations from these books. 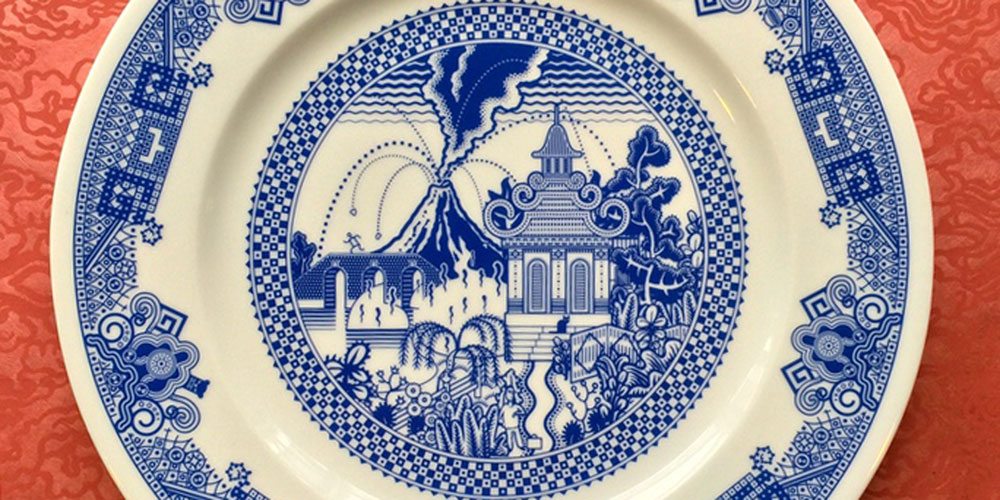 Geek Links: See the New Doctor in Her New Outfit – Are Those Tardis Socks?