Need some game play this Earth Day? Guide Slippery the Harbor Seal as she swims from San Francisco to Alaska eating yummy clams and avoiding dangerous predators like sharks and jelly fish. But don’t worry: Slippery can keep her enemies at bay off by shooting pearls from her mouth.

The idea for Slippery Seal (Rock Out Games) is a simple one: Slippery eats clams in the bays of cities up and down the North American Pacific coast, as she migrates to Alaska. The further north she goes, the harder this becomes. But the game play isn’t like Pac-Man running through a maze; It takes a lot more finesse. You use a virtual joystick in the left side of the screen to move through the water and jump up into the air, and then fall back, collecting as many clams as you can in the 10 levels. You are not defenseless: You can shoot pearls and perform complex acrobatics to stun and escape, and you may even find some friends along the way to help you.

Guide Slippery to get the clams. But, watch out for the jelly fish.

Both of my kids (ages 13 and 11) played the game on iPhone and iPad. After a bit of trial and error getting used to the controls, they had a ball. The controls can be tricky at first, as you learn to get a good run up that lets you jump higher out of the water and into the air. I appreciated the lifelike motion of the seal, giving the player a sense of how graceful these creatures are. It can also get a little frustrating at times when you get trapped on land and flollop around like, well, like a fish out of water.

In honor of Earth Day, Slippery Seal is on sale in the iTunes Store for $0.99. Well worth a play today.

If you like the game, enter this week to win one of three Slippery Seal T-Shirts. To enter, fill out the form below (if the form doesn’t work for you for any reason, you can enter here instead). The giveaway is open to US and Canadian residents, and entry forms must be received by noon Eastern Time, Sunday, April 29th. 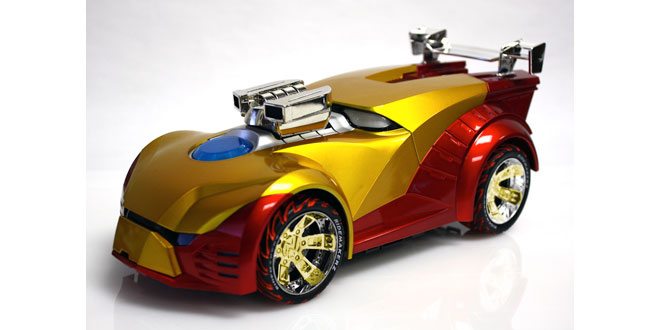