Let me begin this post by reminding you of my credentials. I am the mother to four children, three of them boys who happen to be between the ages of 11 and 19. If you don’t have a similar household set up, let me inform you that families with boys almost always become families who discuss things like toilet habits. Sometimes even discussing them at the dinner table. Most definitely on long car rides, during TV commercial breaks, and always, yes always, after someone has ‘produced’ something that is noteworthy. I hate to admit it, but since all of my sons are armed with cell phone cameras, sometimes there are even visuals to go along with the stories.

I’m the looney one who wrote the post about a book we thoroughly enjoyed as a family, called Toilets of the World. We spent hours, on a long car trip, discussing the toilet habits of different cultures around the world. And yes, it was very interesting.

So it stands to reason that just seeing a snippet of a TV talk show, that contained a discussion about a new book called Toilet Yoga, got the conversation rolling in our house. In fact, it was brought up so many times, with the brothers who had not seen the TV piece doubting its existence, that I took the time to research its authenticity. And sure enough, I found it online.

The book is called Toilet Yoga: Because Sometimes Sh*t Doesn’t Happen, by John Johnston and Jeff Tow. Don’t laugh. It’s for real. Although no one (except apparently my boys) likes to acknowledge that it’s something we all do ( hopefully every day), it’s a reality of life. And when things aren’t progressing along nicely, it can really mess up a person’s day. This is where a book called Toilet Yoga comes in handy.

Starting at the beginning, the poses start simply. The basic premise is that relaxing will only help the process. In fact, if you need a visual demonstration, check out the video below. I have to hand it to one of the book’s authors, John Johnston. He truly believes in his product and is willing to put himself in some compromising positions to help out the rest of us. Here he demonstrates how easy it is to use the iPad app, as you sit on the throne. (Disclaimer: this clip is G rated).

You can work through the book, increasing the difficulty, starting with one toilet moves, until you finally master the most difficult five toilet moves. My boys, who originally thought it was just a fun topic to bring up at dinner, to bug mom just a bit more, eventually discovered that there’s some truth to the message. One of my boys (I won’t mention which one, so each has a one-in-three chance of being humiliated by any friends who read this), reports to me on a regular basis, about which move he tried, and the positive outcomes he’s secured. He’s a true believer.

To make this book even more valuable, ten percent of the profits from this book go to an organization called Toilet Twinning. The idea is that, when you make a donation to Toilet Twinning, they take the money and build a clean toilet for a community that needs a safe place “to go.”  In case you hadn’t thought about the topic before, let me tell you why this mission is so important. Fifty percent of the people in hospitals in developing countries are there because of an illness caused by bad sanitation or dirty water. Forty percent of the world’s population doesn’t have a clean place to go to the bathroom. Every day 5,000 children under the age of five die from diseases caused by dirty water.

While you’re stressing about being backed up, almost half of the world is seeking a safe place to let it all out.

If you choose to donate, you can even get a picture of a toilet that was sponsored by this project and hang it proudly in your own, clean bathroom.

It’s a fun book to buy for yourself, and while you’re at it, buy an extra copy for a friend or your guest bathroom. I promise you’ll find lots of laughs as you flip through the book. I suspect you’ll have more productive sessions in your own bathroom, and the money you spent on the book(s) will be making a big difference in someone else’s community.

Disclosure: A copy of the book Toilet Yoga was supplied for review purposes. 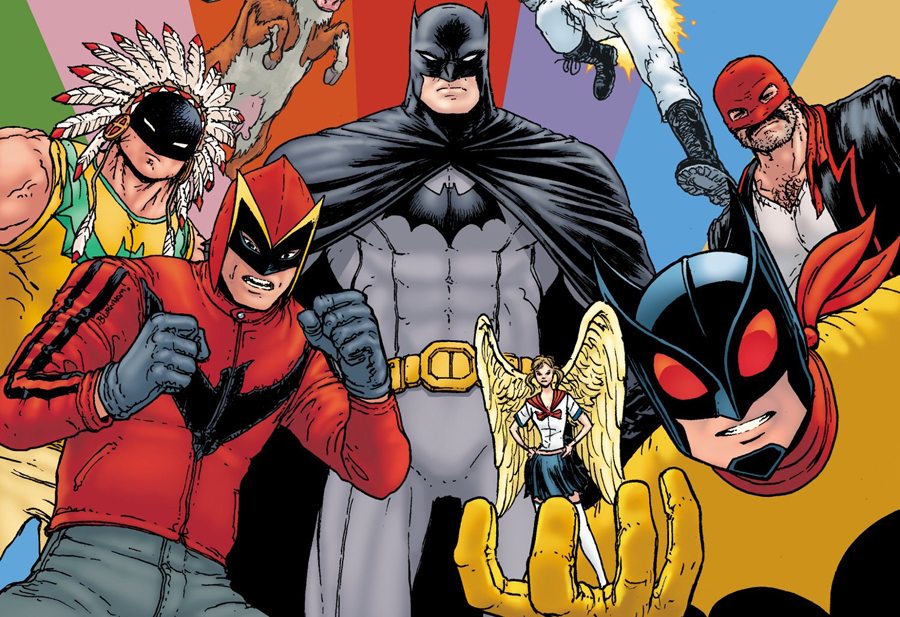 3 thoughts on “Airing It Out: How Toilet Yoga Impacted Our Family”