As the sales figures for the PlayStation Vita launch in Japan start to emerge and many question their health, it’s good to remember the times we are living in. No, I’m not talking about the tough economics of recession but rather the brave new opportunities of untapped markets.

Since the PSP launched in 2005, gaming has become a very different place. Smartphones, Wii, Kinect and Sony’s own Move technology have all created a new gaming landscape. Gaming is not the preserve of a hard-core minority, but now in the hands of the masses.

This has meant that some of the biggest-selling games of the last few years haven’t (just) been those with stellar first weeks. Titles that go on selling week in and week out feed on the trickle of recommendations from family to family at the school gate, from child to child in the playground and from visiting friends on the weekend.

Hardware manufacturers haven’t managed to escape their habit of pinning a new device on one unique selling point, but it is now the versatility of these systems that attracts this wider audience. Nintendo did itself no favors (in my opinion) by hanging so much on the 3DS 3-D screen. It’s only now, almost a year later, that families are realizing that it is actually more than just a 3-D DS, and brings a raft of family-friendly features to the table.

The PS Vita is doing a better job of highlighting its features, but still gravitates towards a “console games on the move” selling point aimed at hardcore players. The extent to which Sony is able to move beyond this message and engage families with the new ways they can play games on the Vita will determine how quickly it is adopted by a broader audience.

As I mentioned in my rundown of top PS Vita games I’m really looking forward to the Vita, and will be getting my pre-order in promptly ($250 on Amazon). However, it’s not the hard-core headlines or games that I’m relishing the most. Sure, I like a good-looking game as much as the next person, but it’s being able to chat with friends while I play (Party Chat), get recommendations from friends and family (Live Area) and play on the PS Vita against my family on the PlayStation 3 (Cross Play) that have me most excited.

Cross Play is rather mouth-watering for family gamers as it enables you to compete against each other across PlayStation 3 and PS Vita. This is the Vita stealing a march on the Wii U, which demonstrated exactly this kind of feature back in June — but has yet to be given a firm launch date.

Although full details of which titles will support this and just how far the functionality goes are a little sparse, I have already seen that you can play Wipeout against up to seven other people made up from any combination of Vitas and PS3s. Then there is the functionality with Little Big Planet that turns the PS Vita into a portable editing device linked to the PS3 game — the touch screen and tilt controls really make editing levels look a lot more intuitive.

It’s not only a nice touch, but something that will change the way my family plays games on the PlayStation 3 as well as the Vita. The opportunity to take advantage of the Vita’s screen for innovative game-play is where the real fun will begin for us.

Remote Play was a feature I really appreciated on the PSP. It enabled me to stream PlayTV (and some games) straight to the handheld — and provided entertainment for many baths. Not only that but you could remotely turn on your PS3 via any internet connection to access your media from anywhere in the world. The PS Vita remote play feature has been beefed up somewhat.

In practice (as revealed by a recent PlayStation 3 firmware update) this means that you can play any PS3 game remotely — from Uncharted 3 to Limbo. The compromise is that this will be at the old PlayStation Portable resolution (480×272) up-scaled to the Vita’s OLED screen (960×544) to fill the screen — although new games should have the option of a Vita-specific remote play mode with enhanced resolution.

This is another strong feature for families and delivers features mooted by the Wii U. As Nintendo made clear back in June, being able to play games on a portable or big screen not only gives you more ways to play but enables you to free up the TV for other uses while you continue playing on the portable. It offers families flexibility.

The rear touch panel on the Vita may seem like something of a novelty, but as soon as you see the device in the hands of a younger family member it makes perfect sense. My kids love the DS and 3DS but I am constantly cleaning the screens of their sticky paw marks — and goodness knows what else. They have the ability to cover their touchscreen devices in a veneer of food within seconds. The rear touchscreen is a great way to encourage them to stop touching the front screen — which of course they have to do on other touchscreen devices.

It also gets around the problem of obscuring the game-play with a finger, something my kids find really frustrating when they are trying to play games together. Controlling a game via a rear touch screen is a great feature for families. The only issue is ensuring small hands are able to hold the device and touch the back panel at the same time, something that is down to how games implement its use, and only time will tell.

Live Area is the PS Vita equivalent of PlayStation Home, as far as I can tell. It offers an interactive portal that connects you to your friends and family. Where it gets interesting for me though is that this also lets you browse the content (games/media/music and so on) that friends are consuming on their Vita.

I like this because discovery is one of the biggest barriers to family gamers. So many families have bought a system only to play the launch titles and then have it sit there gathering dust. The Wii was a big culprit of this, and anything that helps connect people with games they will enjoy is a big step forward. Having a route to discover and download great games is a big help, although it will make my self proclaimed job of Limbo evangelist slightly defunct.

Party Chat is a new feature that enables you to voice and text chat with friends and family. But unlike other PlayStation communication, offerings this versatile feature can be used when playing the same game online or across different games. Using the built-in microphone (or optional headset) you can co-ordinate your strategy or just catch up with gossip while you spend time playing Motorstorm or Uncharted.

I had my own version of this feature on the PSP that involved a Skype chat while I played. That was a real hassle to setup though, and Skype didn’t always play nicely with the bandwidth I needed for PlayStation Network online play. Having a built in solution for free is another great little feature for families.

The PS Vita has some interesting things to offer family gamers, although of course price is also key to this broader market. We’ve seen the 3DS take off with its unprecedented (for Nintendo at least) price cut, and it may not be until the Vita hits a similar mark that families will really see it as an option.

However, for families who already have a PlayStation 3 there are a number of features (Remote Play and Cross Play) that offer great value and create new ways to play together. The ability to free up the TV while continuing a game on the portable will save not a few arguments in our house, as will being able to compete across portable and console platforms.

Even for those that don’t the PS Vita brings some great ideas (Party, Live Area and the Rear Touch Panel) to the table that make it engaging for a wide range of family members. The speed of uptake of Vita by families will be as much determined by Sony’s ability to get this message out as by price point.

The PS Vita is available for $250 on Amazon and is scheduled for release on February 22. 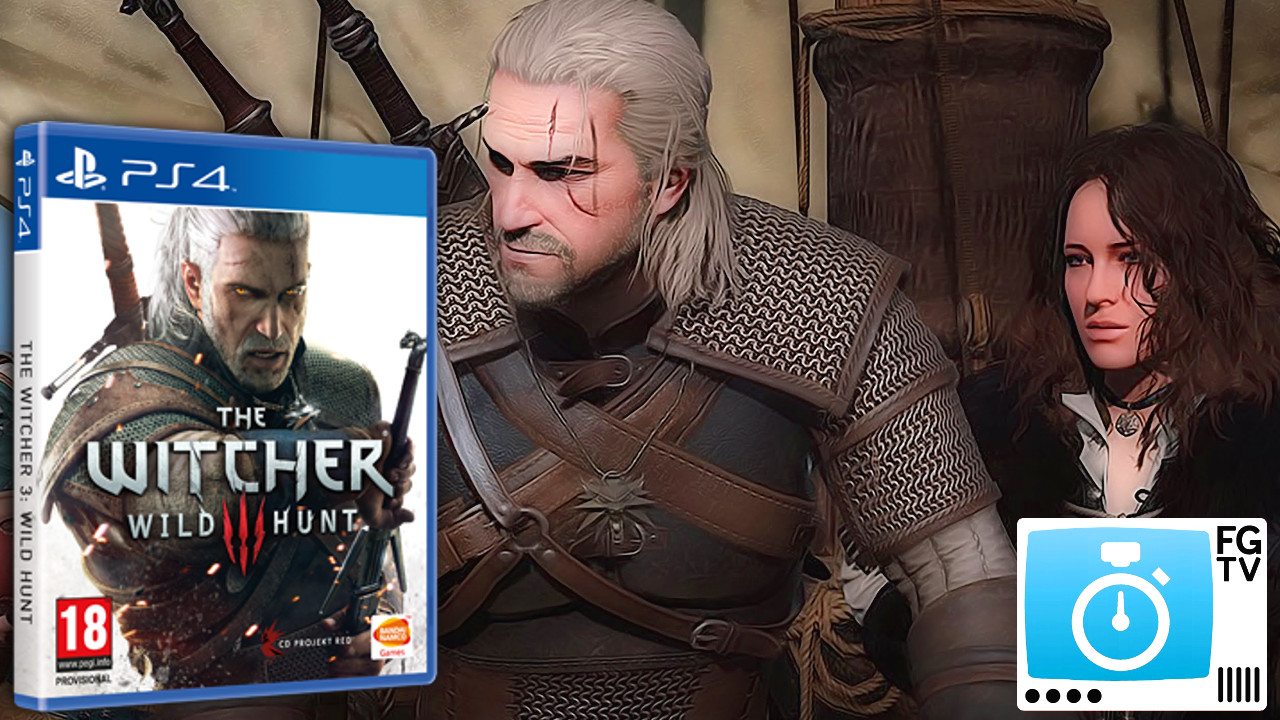 What Parents Should Know About ‘The Witcher 3: Wild Hunt’ 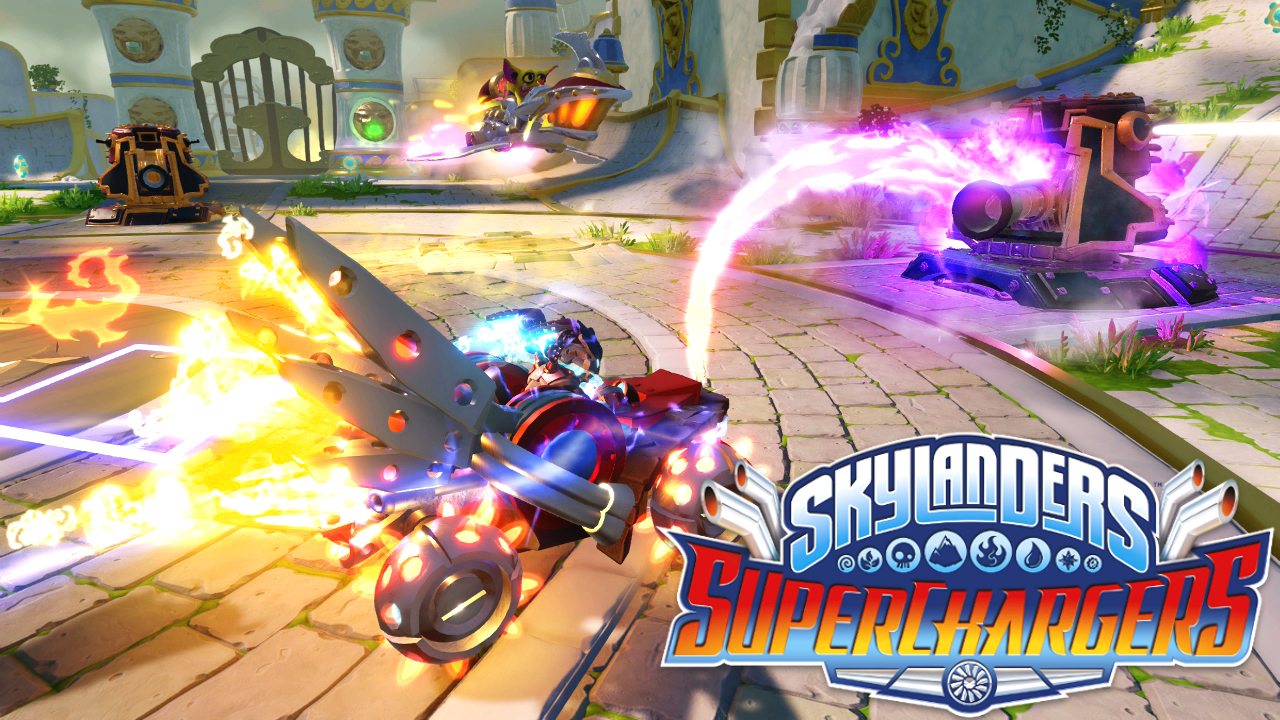