As I mentioned in an earlier post, Santa delivered a copy of the brand new Pathfinder Roleplaying Game Beginner Box for my nine-year-old son. Both he and I were excited to try it out and so on the first of the year we arranged the first session of what looks like it will become a monthly game. As part of the the the blog carnival being hosted by Gnome Stew and tied in to the New Year, New Game challenge I decided to share my experiences with not only a new game, but a new generation of players.

I have been playing RPGs since 1982, having cut my teeth on Dungeons & Dragons and Star Frontiers. For the past decade I’ve been moving steadily away from “trad” games, preferring story-games for a number of reasons, not the least of which is that these days I need games that are low prep and improvisational in nature. However, I still enjoy playing the early editions of D&D, which thankfully is a lot easier these days thanks to the variety of great retroclones available. I also am interested in where the current versions of D&D and its derivatives are going, especially when it comes to introductory sets since I have very fond memories of my experiences with Red Box D&D. In the fall of 2010 I picked up the new 4th edition D&D Starter Set, but found it really lacking as an introductory product (you can read my review here). So did my son who became frustrated with its lack of options or a clear path forward as a game. Fast-forward a year and I decided to give Paizo’s Beginner Box (BB) a shot. Happily my experiences with it have been a lot better.

My son (Nik) invited a fellow classmate (Harry, age 9), and the friend’s little brother (Finn, age 6) to join our group. To round out the group, I invited the boys’ dad (age 40) who is part of my regular Sunday night game. Hence we’ve got a two-family game going on, with me acting as GM, and the others as players.

Nik sat down with me and made a character using the BB rules, while the others are playing what are essentially tweaked versions (to match their choice of race) of the four pregens included in the game that I made using Lone Wolf Development’s excellent free character builder for the BB. I did this so that I could print out the character sheets and have them ready to go. The party’s composition is:

I’m a big fan of the Pathfinder Adventure Paths (AP), despite not being a PFRPG player, and had been interested in trying out one in actual play. After looking through the various options, I decided upon the Serpent’s Skull AP since it has an interesting introductory adventure (Souls for Smuggler’s Shiv) involving a shipwreck on an island with a dark past, and the overall AP, should we continue playing, has a pulpy, Raiders of the Lost Ark in the jungle kind of feel to it that I thought the kids would enjoy.

To date we’ve played two sessions of the game. Our first was a five-hour marathon which saw the group explore the island, recover a long-lost pirate’s treasure trove, and battle against some fierce cannibals whose camp was built at the base of an ancient lighthouse. They also discovered that there was more to their shipwreck than a simple accident.

The second session picked up where the first left off. Having rescued the cannibals’ hostages, the group set to exploring an ancient ruin that lay beneath the lighthouse, battling a number of foul monsters. They also discovered that the island has a darker history that one of the other castaways is deeply interested in and for which she was willing to sacrifice the ship and all the other passengers. The end of the second session finished on a cliffhanger, with the group racing across the island to stop her.

If all goes as planned, our next session is in mid-February. All of the boys (including the two dads) are really looking forward to our next session. In all likelihood it will take two more sessions to finish up the adventure, after which we’ll most likely be moving on the second adventure in the series since we’re all having such a great time. 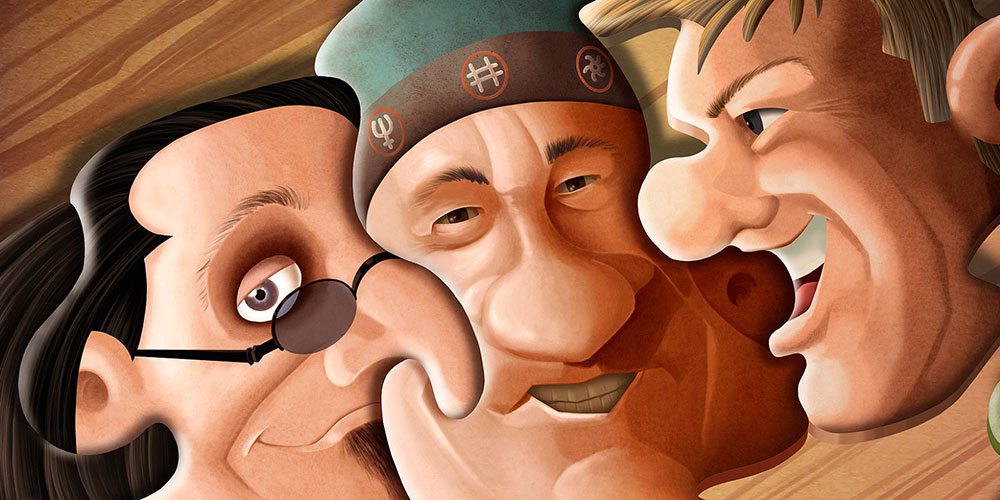 Get Your Rush Fix With Some Amazing Art, Shirts, Books, and More