Our gift suggestions continue with part 2 of our holiday gift guide. Don’t forget to check out previous years’ gift guides. Note that the individual entries are by Jenny Williams (JW), Jonathan Liu (JL), Kathy Ceceri (KC), and myself (JB).

Catacombs from Sands of Time Games Catacombs may be a bit of a splurge for a board game, but it’s not just any game. It’s an RPG-meets-Crokinole game, where you slay the monsters by actually flicking your heroes across the board to hit them. (Or, if you prefer, you slay the heroes by flicking your hordes of monsters at them.) Not convinced? Read the full review to find out why we think Catacombs is flickin’ awesome, or buy it from Amazon. (JL) If you’re a Japanophile or are just looking for something new in a writing instrument, be sure to check out the offerings at JetPens.com, which features unusual pens and pencils, many of which come from Japan and Germany, and are not ordinarily available in the U.S.

Here are some of my favorites: I really liked the Tombow AirPiress ballpoint, which can write on any surface and at any angle thanks to a clever pressurization system. I also liked the Pilot Frixion pens which pack a bunch of fun and bright colors.

For pencils I really liked the Rotring 600 drafting pencil featuring a sturdy all-metal body with a knurled barrel — it has a nice heft to it missing from most plastic pens. More whimsically, the quirky Tombow Olno (pictured) mechanical pencil advances the lead when you bend the brightly colored barrel.

JetPens offers free shipping on orders of $25 or more. (JB) This collection of game masters’ aids bring your game up to elite levels. The GM’s screen — packing beautiful post-Awakening cityscape art on the back and invaluable charts on the inside — is worth the price of the set by itself. The “Anatomy of a Shadowrun” booklet describes all the game rules and rolls involved with an actual adventure, which helps explain a very complicated set of rules. And there’s more — maps, quick reference cards, NPCs, and a basic adventure. Buy it from Amazon. (JB) Robot vacuums are nothing new. But the Neato XV-11 is the first robotic vacuum with “laser-based vision.” Turn it on and the XV-11 scans the room with laser eyes, mapping the layout with its Room Positioning System (RPS). This allows the robot to skirt around even moving objects like you, your pets, your kids, etc. The XV-11 also has a low 4-inch profile and squared-off front that lets it get into more tight places than first-generation robot vacuums like the Roomba. And how’s its sucking power? Let’s just say when it powers up, it sounds like a jet about to take off. (KC) Ever dreamed of becoming one of Lego’s storied Master Builders? Well, start at the beginning, young padawan. The Master Builder Academy series consists of a series of small Lego models released one per month. What sets Master Builder Academy apart from other models is that the building instructions come with tons of tips from actual Lego staff experts, not only guiding you through the model but explaining techniques that will help you with future projects. The first set costs $30 and you can get five more for $70. (JB) Games with hand-made pieces and quality parts are sometimes easy to find. Uncle Chestnut’s Table Gype, a board game similar to Chinese checkers but more like Traverse, is a great example. For 2-4 people, players try to get their pieces across the board before their opponents do, jumping pieces along the way. But here’s the trick: The pieces are six-sided cubes. Which side is up determines how the piece will move, and every time it is jumped over, the cube is rolled. A bit of luck is needed, but the game is also highly strategic. You’ll want to play it again and again! (JW) I played around with two cases with radically opposite approaches to protecting your phone. The first is the Griffin Survivor Extreme-Duty Case which slathers your phone in two layers of (claimed) milspec protection, giving you superior impact resistance and water resistance at the cost of tripling the width of the phone! By contrast, the Protector is sleek, slender and handy while still protecting your phone — but not protecting it as much as the Survivor. If you’re afraid your extreme lifestyle will damage your phone — or just want that style — the Survivor is for you, but if you just want a case that won’t make your phone huge, check out the Protector. (JB) New this year from Lego is the Lego Volkswagen T1 Camper Van. Relive the days of your youth, or experience a different time while you build and play with this incredibly fun model. With 1,332 pieces, the Camper Van will give you and your loved ones hours of enjoyment during assembly, and even more fun playing with it afterward. With functional wheels, doors, trunk, and pop top, any Lego lover on your list will enjoy this gift. (JW) Sonos has built a reputation for delivering high quality streaming music systems. The ZonePlayer S5, reviewed last year, was a nice piece of kit, but the new PLAY:3 manages to be significantly smaller and cheaper while still offering premium sound quality. And it’s available in black as well as the traditional white. The PLAY:3 is powered by a trio of Class-D digital amps driving three speakers encased in a compact, (under six pounds) case that can be positioned vertically or horizontally. Use multiple PLAY:3s to sync your music across multiple rooms or outdoors. Even cooler, with two PLAY:3s in one room, one unit can be designated as the left speaker and the other the right, giving high quality, stereo sound for less than a traditional stereo and speakers. Stream from iTunes, or using services like Spotify, SiriusXM and Pandora. Control everything with your PC, iOS or Android device, or spring for the touchscreen Sonos CONTROL. Buy it from Amazon. Note: One PLAY:3 requires an ethernet connection to your router, or the purchase of a Sonos BRIDGE ($49) to go fully wireless. (BM) The iTwin Remote File Access Device looks like two flash drives joined end to end, but it’s a lot cooler than that. Basically, one half is plugged into one computer and the other is plugged into another, allowing the two to exchange files easily and securely between the two. And it sets up quickly, with the driver software downloadable from the units themselves. Did I mention it’s secure? If one half gets lost, you can disable it remotely, and the iTwin generates new encryption keys whenever they’re reunited. (JB) This cool RC car is steered with light sensors instead of radio waves. Following in the time-honored, if cruel, way of teasing a cat by shining a flashlight on the ground, you simply point the beam in the direction you want the car to go and it zips off in pursuit. And it zips! The manufacturers claim the Lazer Stunt Chaser travels at 300 mph scale speed. (JB) Battleship with aliens? Sounds like a horrible movie. But it’s actually a surprisingly good board game. Not a simple rehash of the classic board game, Battleship Galaxies (made in partnership with Wizards of the Coast) is an intense, epic space battle with tons of miniatures and several scenarios to choose from. A good mixture of strategy and luck makes this a fantastic game for dads and kids. Check out the full review or buy it from Amazon. (JL) 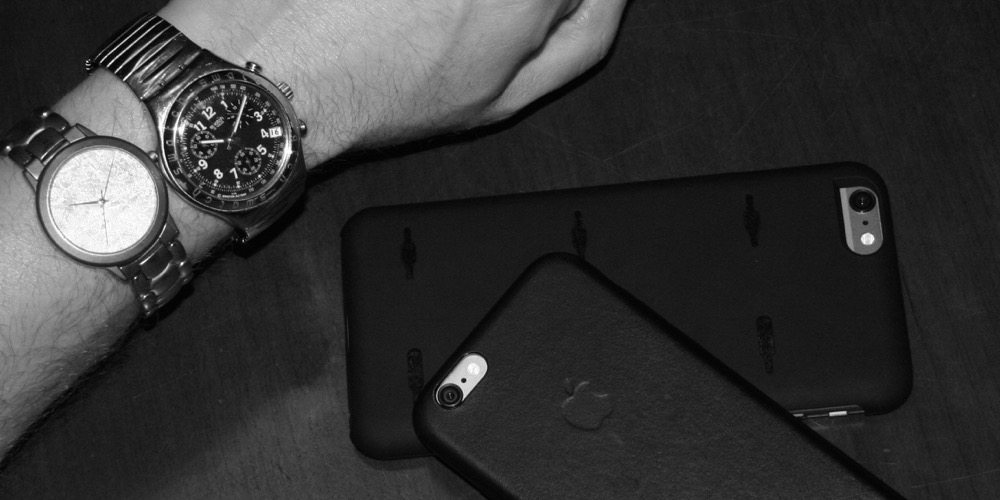 Apple Watch: A Tool or a Distraction for the Geeky Parent? 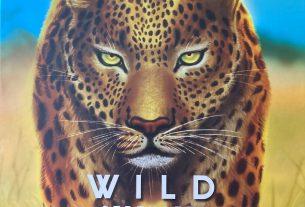