There had been a lot of outrage all over the internet over the fact that Netflix had announced that it was splitting its company. They were going to have Netflix name for the streaming part of the company and the name Qwikster for the DVD rental side. They apparently decided to listen to all that outrage, because Netflix announced today that they are not going to split their company.

I personally haven’t ever been a Netflix customer. It was one of the things I wanted to get but my husband and I never could figure out how to get our PlayStation 3 hooked to our wireless internet to be able do the streaming. My interest in the service waned as I read about price increases and then the decision to split the service.

My best friend was a loyal Netflix customer who decided after all of the increases and changes she was done with this service she used for 9 years. I think a lot of people were starting to make the same decision as she did, which probably helped lead to this act of massive backtracking.

This is good news for Netflix customers, but I do think they have some work ahead of them to help repair their image and to lure back lost customers. Netflix became somewhat of a joke which is shown quite well through this SNL skit.

If you have left Netflix lately, does this news give you enough incentive to come back? 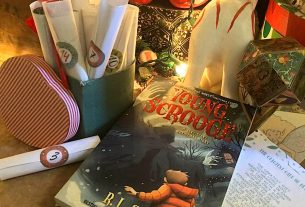 4 thoughts on “Netflix Decides To Not Split Service”