Eric Carle, the man behind The Very Hungry Caterpillar and a host of other colorful, immediately recognizable books, has a new book out this month: The Artist Who Painted a Blue Horse. It’s inspired by the German Expressionist painter Franz Marc, whose paintings (including blue horses) were banned by the Nazis as “degenerate.” When Carle was young, his art teacher secretly showed him some of these paintings, lamenting that the Nazis didn’t know what art was.

Carle’s book is about a young artist who paints a blue horse, and a red crocodile, and an orange elephant, and other fanciful animals. It’s a short book, about the same length as Brown Bear, Brown Bear, but the odd juxtapositions of miscolored animals is thought-provoking and startling, particularly in the large hardcover size. Above all, though, Carle’s hope is that it inspires kids to be creative.

Now, that idea is spreading even more. The book has inspired the National Education Association (NEA) and the NEA Foundation to launch “The Artist Who Painted a Blue Horse Charity Auction.”

A bunch of children’s book illustrators (plus some celebrities) have been asked to draw their interpretation of a horse. All of the art will be auctioned off (on eBay) over three “waves” of auctions:

The first batch of artwork is already up and there are some fantastic artists there. Ian Shoenherr, who did the illustrations for The Apothecary, has a gorgeous black-and-white rendition. Judy Schachner’s horse features a cameo by Skippyjon Jones. The list is a who’s who of my favorite kids’ book illustrators: Ed Young, David Shannon, David Small, Mo Willems, Tomie dePaola, Paul Zelinsky, Mary GrandPre … the list goes on.

All the proceeds go towards “Art Inspires Learning, Learning Inspires Art,” an art and literacy initiative which gives grants to K-8 teachers to help embed arts education into their curriculum and “emphasis the link between art and learning.”

It’s a win-win situation: you get some really cool original artwork, and our kids get arts education, which is sorely underfunded. For more information, check out BlueHorseAuction.com. Be quick! The first round of auctions ends in a week. 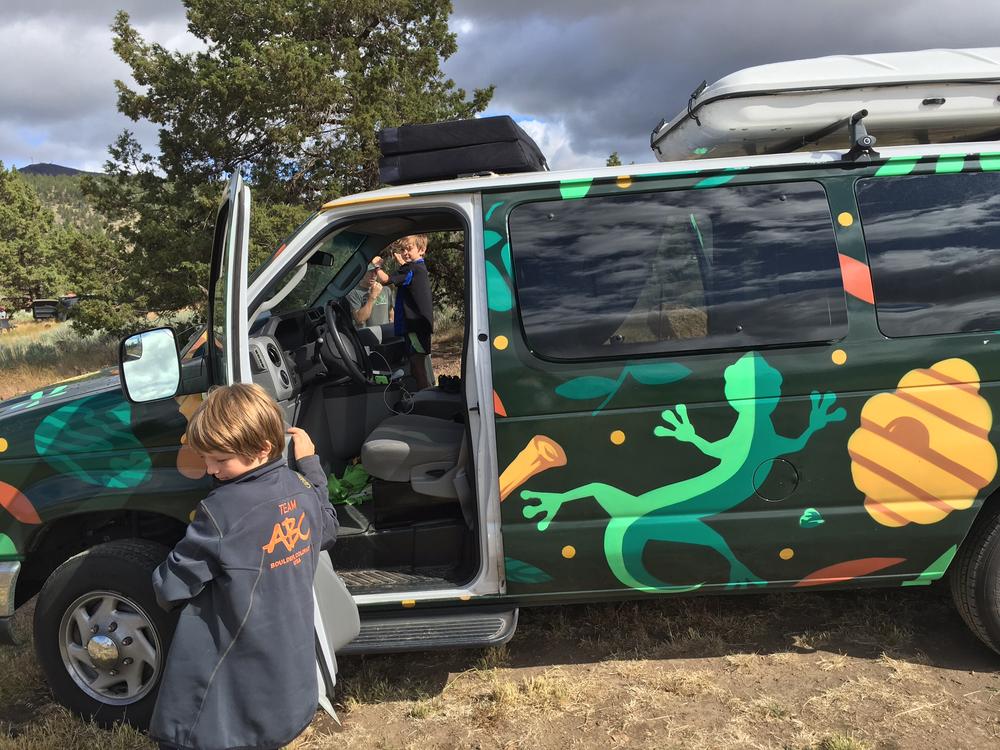 Calculating the Real Cost of Van Life vs. Hotels for a Summer Roadtrip