What do you get when you combine four Lego Mindstorms NXTs, a Samsung Galaxy SII, a Rubik’s Cube and two creative minds? You get a robot that can solve the brightly colored 3-D puzzle faster than a human.

CubeStormer II is the creative work of David Gilday and Mike Dobson. The NXT bricks are connected via Bluetooth to the Samsung smartphone. Once the unsolved cube is placed, a picture is taken by the phone, an app solves the puzzle and sends the solution to the NXT. Less than six seconds later, a solved Rubik’s Cube awaits.

See for yourself in the video above — just don’t blink.

That’s right, the CubeStormer II solved the puzzle in just 5.35 seconds. The fastest human solution to the puzzle was achieved this year at the World Cube Association’s Melbourne Winter Open — a time of 5.66 seconds.

I wonder what’s next for Dobson and Gilday — is it the 4×4 or 5×5 Rubik’s Cube? My guess is the world’s fastest solution for the cube while blindfolded will stay in human hands … at least for a while. 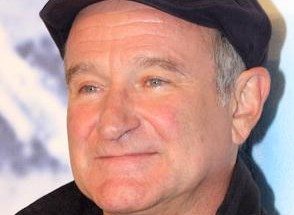