***Warning this post contains spoilers about The Wedding of River Song and may refer to previous episodes of Doctor Who. If you haven’t watched the episode or don’t want to be surprised do not read further.***

Its finale time! I’ll be sad that I have to wait till Christmas for another dose of the good Doctor, but I think this finale was a brilliant end to an amazing season!

The story opens when time has stopped, or rather never moved. It is April 22, 2011 5:02pm and it always has been. All time that has ever been, now exists in the same moment. The world is very steampunk and it is cool to see cars move via hot air balloon, trains on tracks as tall as skyscrapers, and Churchill has the Roman Emperor. Churchill calls for his raggedy soothsayer and asks him to explain in very simple terms what happened to time. A cuffed and disheveled Doctor looks up at him and says, “A Woman”.

The Doctor explains that all of time is happening at once, because he didn’t die. After he left Craig at the end of Closing Time, the Doctor went on a quest to find out why he has to die and why the silence want him dead. In order to do this he access the memory bank of a Dalek, then uses its eye stalk as bribery to find the teselecta, then uses the information from the teselecta to find the Silences greatest weakness, a man called Gantok. Flash to a “live chess” game between Gantok and the Doctor. The Doctor is clearly about to win and the only move left for Gantok to make will surely kill him. Gantok convinces the Doctor that he will give him valuable information if he concedes the game. The Doctor concedes.

Gantok brings him to the head of Dorium Maldovar(removed during the battle at “Demon’s Run” by the headless monks). After failing his attempt to killing the Doctor, Gantok is killed by the skulls in the catacombs. Dorium’s head is well preserved in a box since he was very wealthy. Dorium and the Doctor have a quick chat about how time has run out for the Doctor. The Doctor disagrees and takes Dorium back to the TARDIS. Dorium tries to talk some sense into the Doctor, but it doesn’t seem to work. What does finally work is the death of Brigadier Lethbridge-Stewart, the Doctor’s oldest and most loyal friend. It seems that the Brigadier never lost faith in the Doctor up until the end, always having the nurse pour a second glass of brandy, just in case the Doctor decided to drop in. The Doctor decided he has lived long enough and is ready to die.

While the Doctor has been telling his tale, there have been a couple flashes back to Churchill and the Doctor. They have moved and the Doctor has a spear, while Churchill is holding a recently fired gun. The Doctor notices a the tally marks growing on his arms. They look up and see an extremely large number of Silence hanging from the ceiling. At that same moment, a smoke bomb goes off, and Amelia Pond shows up and shoots the Doctor in the head with a stun gun.

The Doctor wakes up on the Orient Express, apparently in Amy’s office. Amy is wearing an eye patch and the Doctor is convinced she has gone the way of Madame Kovarian. He tries to convince her that they are actually great friends and they have gone on so many adventures together. It only takes a moment to realize that Amy’s walls are covered with sketches of all of their adventures, Amelia remembers. Amelia even seems to remember Rory, although her sketch of him is a bit “optimistic” she she hasn’t found him yet.

Along comes Captain Williams, all decked out in a beret, black uniform and eye patch. Amelia doesn’t recognize him, although the Doctor does. He is there to remind Amelia to activate her eye drive before they arrive at Area 52 (the pyramids!). Amelia, along with some others, noticed that time seemed off and they recognized the Silence. They adapted Madame Kovarian’s eye patch (given to her by the Silence when she began to work for them) to give them an advantage in fighting them. The eye patch is actually an eye drive, designed after Madame Kovarian’s own. It stores images and information about the Silence externally so that you can still remember them even after you look away, and continue to remember as long as you continue to wear it.

Area 52 is filled with tubes of water, each containing a captured Silence. Madam Kovarian has also been captured and is being watched by another of Amelia’s colleagues… River Song! The Doctor is furious to see her as it is her fault that time is messed up. We flash back to the lakeside and we see River discharge her energy weapon, however this time the Doctor isn’t harmed. River refuses to kill the man she loves and thus changes a fixed point in time. Back in Area 52, the Doctor lunges at River and touches her. Time begins to move forward for a second until River can break away.

The Silence have started to break out of their watery prisons. It seems that they haven’t been trapped at all they have just been waiting for the Doctor to arrive. Madam Kovarian starts laughing saying that the Silence will still kill them all. The eye drives begin to release an energy discharge, killing anyone who can’t get them off in time. The Doctor, River and Amelia all remove their eye drives, but Rory refuses. Amelia begs him to remove it before it activates, but it has already activated. He tells Amelia that he needs to remember what he is fighting against. River drags the Doctor to the roof for one last option before restarting time by touching.

Madam Kovarian’s eye patch begins to activate as well. She starts talking to it trying to remind it that she is working for the Silence, it doesn’t work. The Silence start mocking Rory as the boy who dies and dies again, but this time Amy won’t save him. Amelia quickly proves them wrong and mows all of the Silence down with a machine gun. She rips off Rory’s eye drive and they begin to head to the roof.

Madam Kovarian begs them to save her, her eye drive has fallen off, but the Silence are still on their way. Madam Kovarian reminds Amelia that the Doctor would save her. Amy reminds Madam Kovarian that she stole Melody as a baby and she grew up to be someone wonderful, but she would never get her baby back. Amy tells Madam Kovarian that Melody didn’t get all of her psychopath-iness from her and reattaches the eye drive and walks away. With screaming in the background, Amelia and Rory walk away arm-in-arm and Amelia tells him they should date and get married.

Back on the roof of Area 52, the Doctor is still trying to convince River that time needs to be repaired with his death. River explains that she has built a distress beacon that is sending a signal all throughout time and space to let everyone know that the Doctor is dying and needs help. The Doctor tells her that she embarrasses him by doing this, no one would respond to a distress call about him. Amelia and River explain that there have been so many replies. Everyone the Doctor has ever touched is answering the call for help. River couldn’t let the Doctor go to his death without knowing how much he is loved.

The Doctor realizes that he has left more then a path of death and destruction throughout the universe. All of these people love him, but none more then River. She loves him so much that she would refuse to kill him, even if it meant ruining time itself. The Doctor pulls himself together and proposes to River. He asks for Amelia and Rory’s consent as the bride’s parents. He then pulls of his bowtie and hands half of it to River  to tie around her hand. The Doctor leans in and whispers something in River’s ear. He says he just told her his name. Then he asks River if they can seal their vows with a kiss and she happily agrees. Time is repaired and we are flashed back to the lakeside where the Doctor dies.

Later Amy sits down at a table and pours two glasses of wine, one for herself and another for her daughter River. With a flash, River arrives dressed in her camo uniform from The TIme of Angels. She has just come from the Byzantium and meeting Amy for the first time. Amy is really struggling with killing Madame Kovarian and the Doctor’s death, so River confesses that she knows that the Doctor is alive. Turns out when the Doctor leaned in and told her his name, he actually told her to look in his eye. There you see a tiny Doctor and TARDIS, it is immediately clear that the Doctor is inside the Teselecta. The Doctor was safe from the energy burst and the subsequent burning of his body. As an added bonus the Silence think that the Doctor is dead.

I would have guessed that the Doctor would take a vacation after all of the near-death experiences, but when we see him returning Dorium’s head back to the catacombs, we realize that the Doctor is still on a mission. Dorium is shocked to see the Doctor still alive, and tells him that he still has to die. We know that Silence Must Fall if the Question is ever answered, but what is the Question hidden in plain sight? Dorium confirms that the question is simply: Doctor Who?

Again, I LOVED this episode. It was such a fitting ending to this action packed season. What did you think of this episode? What was your favorite moment from the last season? 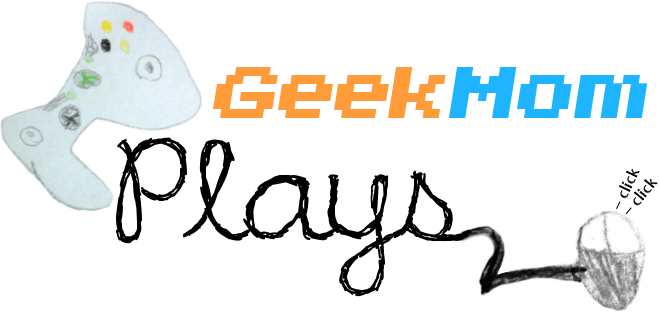