***Warning this post contains spoilers about The Girl Who Waited and may refer to previous episodes of Doctor Who. If you haven’t watched the episode or don’t want to be surprised do not read further.***

The Doctor decides to take Amy and Rory on a lighthearted trip to the second best planet for intergalactic travelers in the universe, Apalapucia. (The first being the planet of the coffee shops, everybody goes there apparently!) Apalapucia is a planet with beautiful gardens, mountains and waterfalls, so the Doctor is very surprised when they open the TARDIS doors to a white room with an elevator door. Its definitely not supposed to look like that. The Doctor shrugs it off saying that the beauty is just behind the doors, so off they go.

Amy has forgotten her cell phone to take pictures, so she runs back into the TARDIS to grab it. While she is gone, Rory and the Doctor push a green anchor button, and enter a room.  Amy comes to join them but the doors have already closed, so she pushes a button, the red waterfall button and enters a room. She can’t understand why Rory and the Doctor are nowhere to be found. Turns out that they are in different rooms and the different buttons sent them into different time streams one much faster then the other. There is a time glass in both rooms that allow the people to see and talk to one another, even though only seconds have passed for the Doctor and Rory, Amy has been waiting a week for them to contact her again.

This facility was built as a place to allow you to watch your loved one throughout their life. Apparently there was a massive outbreak of the 24-hour plague on Apalapucia. This plague is only deadly to 2-hearted species, like the Doctor, but if you contract it, you will die within 24-hours. So, this facility gives you a chance to watch your loved ones grow old in the single day you have left to live. The implications of this are that the Doctor cannot leave the TARDIS, else risk contracting the deadly plague AND that they need to save AMY within the same day before she dies of old age.

The Doctor jumps into action tracking the link between the two time streams that can be seen with the time glass. This allows Rory to explore the facility and search for Amy. The Doctor also tells Amy that she needs to leave the room she is in and find somewhere safe. Its quickly apparent why she needs to hide, there are robots that are designed to keep the contaminants contained. These robots don’t understand that the reason they don’t recognize the bacteria on her is because she is an alien, not because she is a biological hazard. They are designed to anesthetize a patient and medicate them. Their hands contain the anesthetic, so they are fondly referred to as handbots.

Amy’s first day wandering the Two Streams facility is a rough one. Basically she was chased for an entire day by the handbots trying to cure her. She flights them off, and learns that they shut down if they are touched by each other’s hands. Just as she thinks she is cornered for the last time, she jumps in a steam vent and the handbots no longer recognize her presence in the facility. She has found a way to evade them for the time being.

Speaking of time, the TARDIS has locked onto her time stream and reappears in a gallery. Since the Doctor can’t leave the TARDIS, he sets Rory up with a pair of black glasses that doubles as a camera, the Doctor can follow Rory’s every move and see through his eyes. Rory looks through the time glass and can see that there are hundreds of time streams over lapped in this exact room, even though it looks like there is no one there, there are people everywhere. When he puts the time glass down, he is surprised to find a Katana blade being held to his throatby a very bitter and much older Amy. She has aged quite a bit in the time it has taken for the Doctor and Rorr, 36 years to be precise.

Rory is furious with the Doctor for arriving so late in Amy’ time stream, not because Amy is old, but because he missed out on growing old with her. Amy has become a hardened survivor in order to get passed the handbots day in and day out. She is no longer adventurous and more importantly no long loves the Doctor. The Doctor says that there is still time to fix this but older Amy refuses. She says that if the Doctor refuses, then she will never have existed and she doesn’t want to die. Rory gets really angry with the Doctor for not checking that there was a plague on the planet before he landed and got them into this situation.

Rory throws down the camera glasses in disgust and they happen to land near a weeping young Amy in the other time stream. Rory gets the two Amy’s to start talking through the time glass in order to get the younger Amy to convince the older Amy to help them help her. They talk about Rory and it’s that love which convinces older Amy to break all of the rules of time and space by helping to rescue her younger self, only one condition, the Doctor must bring both of them onto the TARDIS. The Doctor reluctantly agrees saying that the TARDIS could probably sustain the paradox of two Amy’s on board.

The two Amy’s join in a single thought to create a link between them, the Macarena. The two Amy’s seems pretty cheesy till Rory remembers that it was the memory of Amy and Rory’s first kiss. This single thought seems to work, and bring them both into the same time stream. Now they just have to fight off the swarms of handbots that are trying to “save” them to get back to the TARDIS and to safety. The fight between the Amys and Rory versus the handbots is pretty epic. Older Amy wields the Katana blade and a staff and younger Amy kicks shins and touches hands together. The fight seems to be going well until young Amy is touched by one of the hands, she is immediately anesthetized. Rory instinctively takes out a handbot and picks her up and runs her back into the TARDIS while the older Amy continues the fight.

Rule 1: The Doctor lies. There was never a chance that the TARDIS could support the paradox of two Amys. The Doctor apologizes and locks older Amy out from entering the TARDIS. The Doctor forces Rory to choose between the two Amys and Rory cries, torn. He doesn’t want to kill Older Amy any more than Older Amy wants to die, but she tells him not to let her in because young Amy and Rory deserve to grow old together. Older Amy gives up and allows herself to be taken by the handbots after all this time. Younger Amy wakes and asks Rory where older Amy was and it seems that the Doctor is leaving it up to Rory to explain. 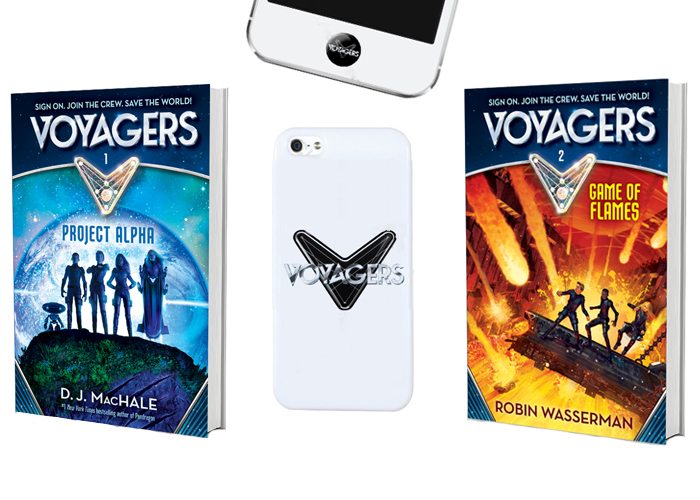 ‘Voyagers:’ Join the Crew, Save the World 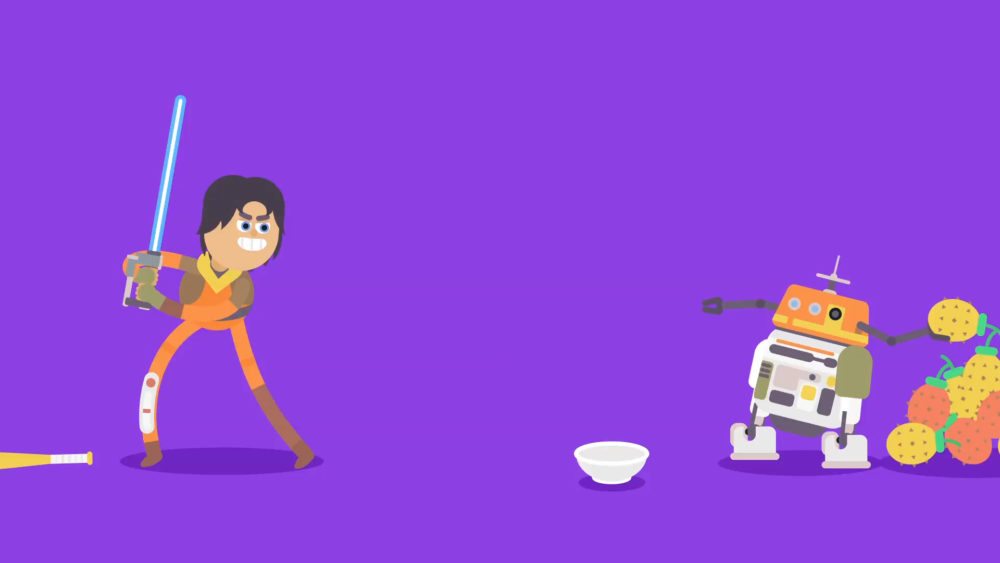 1 thought on “Doctor Who: The Girl Who Waited – A Recap”