This summer, I wrote a three-part Open Letter to DC comics about the relaunch of all their titles and their move into simultaneous digital publication. In part three, I talked about how to expand their audience, especially to female readers, who make up a considerable portion of the reading public, a portion that is hardly tapped by DC:

But we still have covers like this ridiculous variant cover to Justice League of America #1.

And this week, two comics came out that just sent me and a number of prominent female superhero readers over the edge: Red Hood & the Outlaws #1 and Catwoman #1.

I could write a long article on what’s wrong with both those books but Laura Hudson of Comics Alliance already said what needed to be said and much more eloquently than I could ever hope to do in “The Big Sexy Problem with Superheroines and the “Liberated Sexuality.”

Since there are a lot of people who don’t understand the sexual dynamics that are in play here both creatively and culturally, I’d like to dissect this a little bit and explain why these scenes don’t support sexually liberated women; they undermine them, and why after nearly 20 years of reading superhero books, these may finally have been the comics that broke me.

Note: There is an image in the remainder of the article that contains language and art that may be inappropriate for young eyes, and possibly for workplaces as well.

Catwoman #1 features over two pages of panels of Selina Kyle’s breasts before we ever see her face. And let’s just say not only is the last page of the comic probably not suitable for this blog but it also isn’t at all sexy or sensual. Starfire in Red Hood and the Outlaws #1 (see above) supposedly sees only humans in colors and smells and has no emotional connection to them. She serves the purpose of being the one who rescues the two male characters, stands around looking really hot while they figuratively high-five that she’s around to provide such awesome scenery, and then decides to have no strings attached sex with Roy, after she’s slept with Jason. This is not a sexually liberated woman. This is an adolescent male fantasy of a woman who can beat up people for you, stand around so you get a boner, and then offers sex at the drop of a hat. As a friend said on a comic book message board, this is not a woman, this is a blow-up doll.

It’s downright skeevy and I say that as a person whose other job is to write romance novels and has one published erotica novella. The previous incarnation of Catwoman written by Ed Brubaker featured a number of sex scenes that were maturely done. But this is adolescent fanwank material, not characterization.

DC has had some positive changes in their relaunch. Wonder Woman #1 looks quite good and features art by the immensely talented Cliff Chiang, though it does begin with Wonder Woman waking up naked in bed. Batgirl #1 was excellent and Supergirl #1 looks promising. Demon Knights, Animal Man, Swamp Thing, Batwoman, JLA Dark... all promising.

But as Laura Hudson said in her article, this is not an isolated incident in superhero comics or in DC superhero comics. Just last week, Amanda Waller, a large-sized African American woman, got a makeover in Suicide Squad #1. One might argue that DC was trying to remove what might be a negative stereotype but the one panel featuring Waller showed off her new cleavage, so it’s clear she was simply sexed-up.

DC’s stated desire is that the relaunch will expand their readers beyond their current market. So the failure to not even meet the base-level standard of simply not actively turning off female readers is mind-boggling.

[Note: this post, by Corrina Lawson, originally ran during the week. Please leave your comments on the original.] 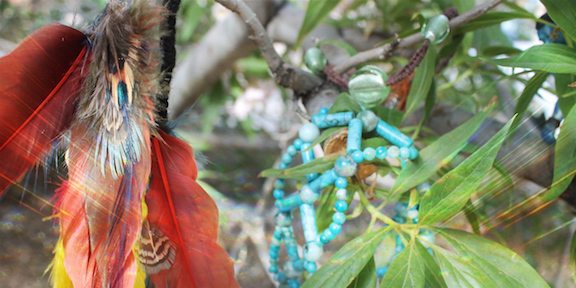