Tomorrow is, of course, Independence Day in the United States of America, so it’s time to show your patriotic side. There’s no reason, though, why you have to hide your geeky side — why not celebrate both at the same time?

To help you plan your family’s celebration of the Fourth, we at GeekDad would like to present our list of 11 things you can watch with your family and friends that are both geeky and patriotic. (We know lists like this are usually just 10 items long, but this goes to 11.)

11. Independence Day – Yes, it’s got a dozen plot holes bigger than James Cameron’s ego, and despite its title bears only a tangential relationship with the holiday, but it would seem somehow wrong not to include it. My favorite activity while watching this film is to laugh at the plot holes and the hokey dialogue — particularly the President’s oft-quoted speech in which he seems not to understand the difference between fighting for independence and fighting for survival. Plus the movie features the awesome Brent Spiner in a brief but memorable role as the unlikely-named Dr. Brackish Okun, the wild-haired kooky scientist in charge of research at Area 51.

10. Die Hard – So it’s not particularly geeky, but it’s such an awesome film it doesn’t much matter. Yes, it takes place at Christmastime, but it’s quintessentially American: The hero is a New York cop, the villains are foreign and pretty much everything that can blow up does.

9. Field of Dreams – Seeing as how it’s about dead ballplayers coming back to play again, it qualifies as fantasy, and therefore has enough geek cred to fit on this list. As for whether it’s patriotic, that’s easy: It’s about baseball, it has that great speech about censorship that Annie gives at the school board meeting, and it ends with a father and son playing catch. What could possibly be more American?

8. National Treasure – Sure, it’s historically and scientifically preposterous, and it stars the mediocre action movie star that took over Nicolas Cage’s body, but it’s fun and it’s plenty patriotic. I mean, the main character steals the Declaration of Independence in order to save it! As for the geeky aspect, it has to be fantasy that a chamber that size could have existed under Wall Street for over 200 years without anyone noticing.

7. Jaws – It’s still among the best films Steven Spielberg ever made, which is saying a lot. And it takes place during and around the Independence Day holiday, making it if not patriotic per se, at least timely. Given the content, this might not be the best movie to watch for young kids, or for anyone planning to go to a beach party.

6. The Muppet Movie – The whole point of the movie is that anyone can fulfill their dreams if they keep trying hard enough, which is a very American notion. And it has Fozzie singing “America the Beautiful,” with the great line at the end: “Patriotism swells in the heart of the American bear.” It’s also just a great movie, period.

5. Apollo 13 – It’s all about the response to a very real American catastrophe that could very easily have ended with the death of three astronauts. The ingenuity and tenacity of all those involved help them find a way to keep the astronauts alive and get them back to Earth safely, and the movie does a great job of making the viewer feel the tension involved even though we know how it turns out.

4. Superman II – Superman is, of course, an alien. And we should consider ourselves lucky that his rocket cradle landed in Kansas instead of, say, Siberia or the middle of the Pacific Ocean. But no, he landed here in the U.S.A. and grew up to become the ultimate champion of Truth, Justice and the American Way. (Has anyone ever pointed out that that phrasing implies that truth and justice aren’t part of the American way?) We picked Superman II in particular partly because it’s widely considered the best Superman movie ever made, but mostly because, at the end, Superman restores the American flag to the top of the White House. What could possibly be more patriotic than that?

3. Star Trek: The Original Series, “The Omega Glory” – It’s not the greatest episode of ST:TOS by a long shot, but it’s easily the most patriotic. It has the typical unsubtle message (the opposing factions are the “Yangs” and the “Kohms”) for the series, but it earns its place on this list because of the scene near the end where Captain Kirk reads the Preamble to the U.S. Constitution. You will likely never hear a more overdramatic reading of the Preamble, and even if you do, it will likely not be read by a Canadian actor.

2. 1776 – It would be impossible to find a more patriotic movie, but how is it geeky? Well, consider the scene where John Adams sings an explanation of the recipe for saltpeter to Abigail, to convince her to rally her friends to make some for the Continental Army. And consider that Ben Franklin and Thomas Jefferson, America’s founding geek dads, play major parts in the story. Add to that the facts that everyone’s favorite former android, Brent Spiner, played Adams on Broadway for a while, and that William Daniels, who plays Adams in the film, later went on to be the voice of KITT on Knight Rider. Even if you don’t think it’s geeky, it’s a great film that teaches a lot about how independence was declared in a way accessible to just about anybody.

1. The Muppets: Stars and Stripes FOREVER! – Just watch it at the end of this article — it’s only two minutes long, so you have nothing to lose. And it is truly brilliant. It came out originally a few years ago, and instantly became an annual tradition in many geeks’ homes everywhere.

Let us know in a comment of any favorites of yours we missed, and have a happy Independence Day tomorrow!

Note: A version of this article was published on GeekDad on July 2, 2010.

Mix Up Some Music for the Season! 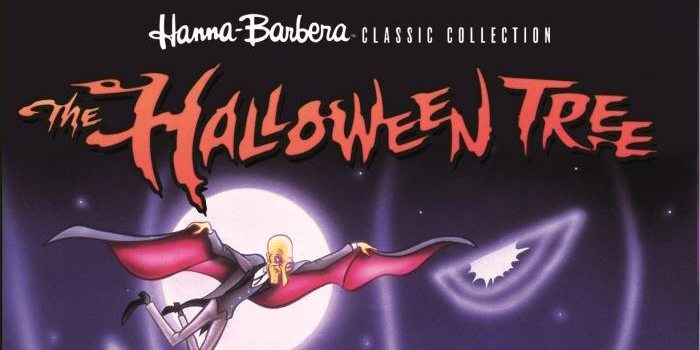 Adam Savage: Build a Hovercraft With Your Kids