Jenny Williams is very happy to be spending the weekend at Maker Faire with many of her fellow geeks. If any of our readers will be there, too, please stop by and say hi!

After six weeks of renovations and countless trips to the storage unit, Judy Berna was relieved to finally get her house on the market. It’s a bittersweet time, of saying goodbyes and preparing to move on to their new life in Colorado. The joy of celebrating her niece’s graduation from film school at Ithaca College is paired with the sadness of her last day at the best job she’s ever had, at her local library. Life keeps moving on.

Chaos Mandy will be spending Saturday at Fanaticon, a free sci-fi con in Asheville, NC. Saturday evening she’ll be hanging out with the Greenville Browncoats for a going away party that will involve karaoke.

It’s that time again for Patricia…she’s in eastern Nebraska performing a week of AF Reserve duty. Unlike her last trip, this time she doesn’t have to worry about freak unforecast snowstorms or rear-wheel-drive cars that she had to abandon in a snow bank. Spring in eastern Nebraska is very beautiful!

Amy recently celebrated both her son’s first birthday (with a heavy metal party) and her 9th wedding anniversary (no heavy metal involved).

Andrea finished two books this week: The Panic Virus –Seth Mnookin’s dissection of the events surrounding the most-recent anti-vaccination movement–and Dr. John Duffy’s The Available Parent: Radical Optimism for Raising Teens and Tweens. She is totally stoked to be heading into Manhattan this weekend to photograph the oft-closed-to-the-public stacks of the New York Public Library (as part of the system’s Centennial Celebration) and is thrilled that Kate Bush has released a new album, even if it is just a re-examination of some of her older work.

Laura can’t possibly keep up with her schedule. Thank goodness she knows the secret benefits of a good snort.

This Wednesday will be the final open mic that Rebecca Angel is hosting at her local library for the school year. She is excited to have started this program to continue making the library a social gathering place for the community.

Delphine is very proud to have been endorsed as an “Illuminate” at the wonderful text-based game Echo Bazaar. If you haven’t played it yet, give it a try. Meanwhile, she tried not to think she’ll be back at work in less than three weeks…

Ruth started trying to learn to sculpt leather for a potential Dragon*Con costume and bought her husband a sausage stuffer for their anniversary. Très romantique! Come Memorial Day, there will be homemade bratwurst on the grill.

Corrina Lawson attended the Connecticut Fiction Fest last weekend. When the opening of her latest superhero story was read out loud during lunch as part of a public critique session, it received a good reception. (Whew!) In personal news, her youngest son was accepted at the local magnet school of his choice, one that focuses on global learning. 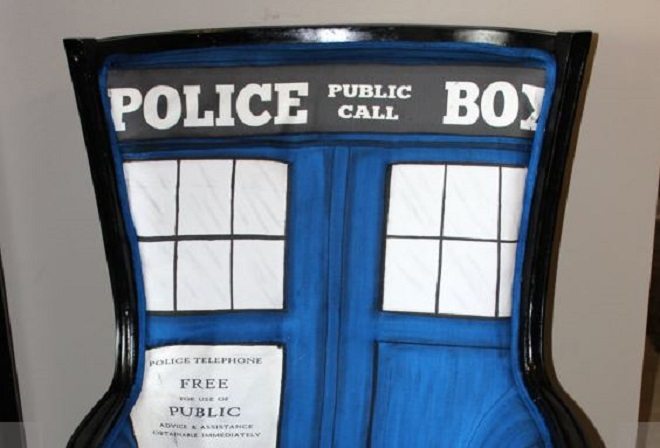 Take a Seat in This Beautiful TARDIS Chair

A Sort-of Merry Christmas: The Importance of Remembering to Give

1 thought on “This Week With the GeekMoms”