Are you ready to catch Jack? Photo: Dave Banks Overview: Last weekend I got a chance to play Letters from Whitechapel with fellow GeekDad Dave Banks, and we both enjoyed it enough that I thought it was worth a mention even if I haven’t played it enough to give a full review. It’s a game from Nexus Games based on the hunt for Jack the Ripper, with elements that reminded me of Scotland Yard though with a more adult theme.

Players: 2 to 6 players (1 player as Jack the Ripper, and the rest as police)

Ages: 13 and up (gameplay can be tricky, but the theme would be inappropriate for younger children)

Rating: Based on initial impressions, it’s excellent. A little unbalanced in Jack’s favor, though perhaps because the learning curve for the police is higher.

Who Will Like It? If you’re a fan of mysteries and detective work, this game will be right up your, er, alley. Read ahead to see if this is a game you’d enjoy, and be sure to read Dave’s impressions at the end as well. Jack the Ripper is prowling the streets of London, and the police are hunting for clues. The goal of the game is for Jack to take five victims over the course of four “nights,” and for the policemen to arrest Jack or prevent him from returning to his hideout before daybreak.

The game really does a good job of playing out this theme, and it can be nerve-wracking playing the role of Jack as the police close in on your location; but it’s also maddening when you’re the police and you suddenly lose the trail. While the game is relatively free of gore, some of the graphics do include spots of blood and hints of the violence represented by the game. The artwork really helps to create the feel of 19th century London. The game comes with an extra-large gameboard showing a map of the Whitechapel district. The map is sepia-toned and looks like an old map, but the numbers of various locations are clearly marked and easy to read, and there are various other spaces for tracking Jack’s progress throughout the four nights.

There are wooden pawns for the police and “the wretched” (the five victims), plus two wooden pawns for Jack that track the night and move progress. There are various summary sheets for the police and Jack, some oversized cardboard ovals that indicate which police is the Head of the Investigation, and a bunch of small cardboard tokens. There are also clear plastic tokens for marking crime scenes and clues, and a folding cardstock folder that Jack uses to hide his movement sheet. The game comes with a pad of movement sheets.

The artwork is excellent and gorgeous, but some of the components felt unnecessary. For instance, the Head of Investigation tiles are cardboard ovals about the size of an iPhone — but the only purpose is to shuffle them each night and pick one to say who’s in charge. Surely this could have been done with smaller tokens, though I have to admit they look pretty impressive, with portraits of the various police involved in the case.

Also, the summary sheets and Jack’s folder aren’t as helpful as they could have been. Jack’s folder includes a tiny version of the map, which can be handy, but it’s printed pretty small and it can be difficult to see everything on it. Also, it would have been nice to include the special tokens Jack gets each night, since it changes from night to night, rather than having to refer to the rulebook each time. I should note that the little folder has a tab and slot to keep it closed, but Dave mentioned that the tab tore the first time he tried to open it, and he had to tape it back up.

Crime scenes and clues are marked with clear plastic disks that are placed on various locations. The disks allow the number to be read through them, but we found that the clues — which are colorless disks — are quite difficult to see once placed on the board. It might have been nice to make them a different color so they’d be easier to spot.

The rulebook can be a bit overwhelming at first, but after playing through one round it was more clear what was going on. The rules can be downloaded here as a PDF. I won’t get into all of the details here, but even just an overview of the rules might seem lengthy.

At the very beginning, Jack secretly chooses one of the 199 possible locations as his hideout, and records it on his movement sheet. Then, he places victim tokens on the red marked locations on the board — some of these will have victims and some are decoys. Then, the police place their police tokens on the various stations — again, some of these are actual locations of the police pawns and some are decoys. Once the police tokens are placed, the victim tokens are flipped over and revealed, and the five white pawns are placed on the real locations.

Jack then has the option of killing a victim right away (and starting the chase) or biding his time; if he waits, the police players get to move the pawns around and Jack gets to reveal one of the police tokens to see if it’s real or not. Either way, Jack can only delay the killing five times before he must make his move. He chooses one of the victims and marks the location with a small red disk.

Jack also has a few special moves: taking a carriage allows him to move two spaces instead of one (though it uses up two of his 15 moves); running through the alleys lets him cut across a space between the paths, and is a terrific way of losing the cops.

If Jack makes it to his hideout, then the phases repeat with a few variations. Jack gets fewer special moves each night, and there are fewer victims to choose from each night. Up to two of the police can be moved to new starting locations and the others will remain where they were on the board. That means if all of them got clumped together by the end of the night, then most of them will start in that area again the second night. On the third night Jack actually takes two victims, giving the police two possible starting locations to find him. The police arrive to check out the crime scene — but where is Jack? Photo: Dave Banks

Letters from Whitechapel reminded me a lot of the classic game Scotland Yard. I’d only played once as a kid at a friend’s house, and most of the other kids gave up after trying for a short time. I didn’t play again until just a few years ago when I found a copy at a thrift store, and it’s a fantastic game that pits one sneaky crook against a team of detectives.

In Scotland Yard, the mysterious Mr. X leaves clues about his location by showing what mode of transportation he took, which limits his possible locations. He also has to reveal himself every so many moves. The map is delightfully complicated (just like the one from Whitechapel) and offers a lot of possibilities for escape. One of the big differences in Whitechapel is that the police and Jack don’t actually occupy the same spaces, which is an interesting twist. Also, Jack has a more specific goal instead of just “avoid the cops.” Because he has to return to his hideout four times, the police can attempt to narrow down his location over the course of the four nights.

Dave and I played twice, once in each role, and both times Jack got away. I think it’s much easier (as it is in Scotland Yard as well) to play the bad guy. On my first night as the police, I was right on Jack’s tail almost the entire time — but then I never even came close the next three nights. When I played as Jack, I managed to lead Dave on a wild goose chase the first night, and he spent the rest of the game searching the wrong area of the map for my hideout. So the game seems (on first impression) heavily balanced toward Jack. It will definitely take more practice for the police to catch up, though perhaps it would be easier with a few more players and more brains to collaborate with.

Letters from Whitechapel is a great cat-and-mouse game, though. The tension really builds on both sides as you’re trying to escape or capture the murderer, and I think we both enjoyed the games we played whether we won or lost. If you’re a fan of Scotland Yard but would like a bit more of a theme to go with it, Letters from Whitechapel may be an excellent choice.

After my two plays, I was just about ready to buy a copy for myself, but the friendly local game store was sold out at the time. (That, and I’ve spent a lot of money on games in the past month.) It’s going on my wish list, though.

Tired: Some of the components could have been more useful; felt a little unbalanced after first two plays.

Conclusions from Dave Banks: As Jonathan mentions, this is a truly suspenseful game. My first night as Jack, Jonathan nearly had me surrounded and I actually felt my pulse race, not wanting to be caught (or the game to be over so quickly). I ended up getting away, but not before a couple of harrowing moments. Maybe I was just caught up in the moment, thanks to the gorgeous artwork that really sets the mood.

After playing, I looked at other opinions on the game and I saw that some people claim a 50% success rate in arresting Jack, which would make the game more fun because we felt our games were pretty unbalanced. Perhaps the extra brainpower on the detective side (instead of our one-on-one) would help, too. Another night of hunting may have evened things in the detective’s favor, as well.

One of the downsides is that, as Jack, you can spend a lot of time sitting around, waiting for the detectives to ponder the possibilities and make guesses about where Jack has been. I agree that the rules handicap the detectives. On one turn, Jonathan was looking for clues on the spot I occupied as Jack. The rules state I had to tell Jonathan that there was evidence Jack had been there. Had Jonathan issued an arrest (the other detective action) the game would have been over. We discussed this afterwards and thought a good home rule to try would be to come up with a token designation that, rather than the game’s clue token, showed that Jack had been on that spot within two moves. We didn’t get to try it out, though. I also didn’t like the clear clue tokens, as they were difficult to spot. They would have been better as a shaded color.

But all in all, during our marathon gaming session (we played games for about 10 hours straight), Letters From Whitechapel was the only game we played twice and it’s the one that we talked about most. I loved playing as Jack and the use of carriages and alleys, allowing me to skip ahead and double back, was devilishly fun. It was very enjoyable game and I look forward to playing it again in the very near future. 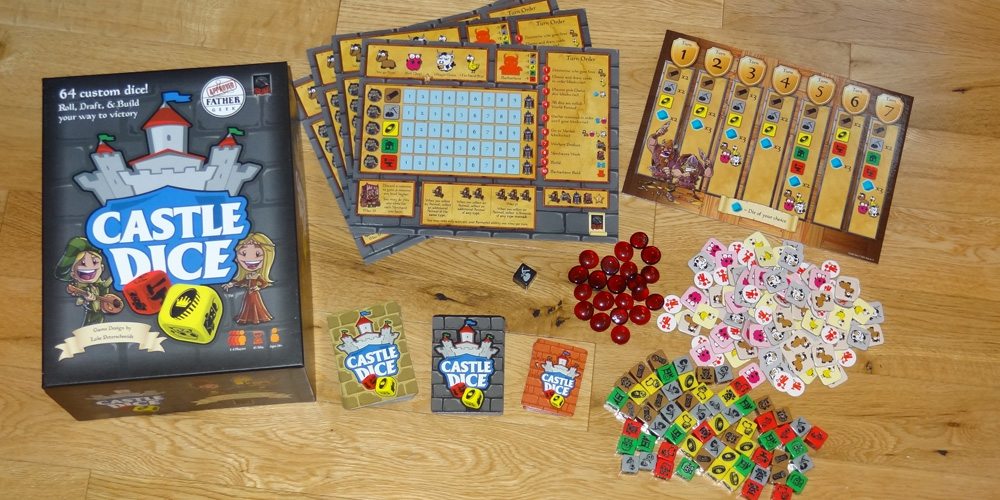 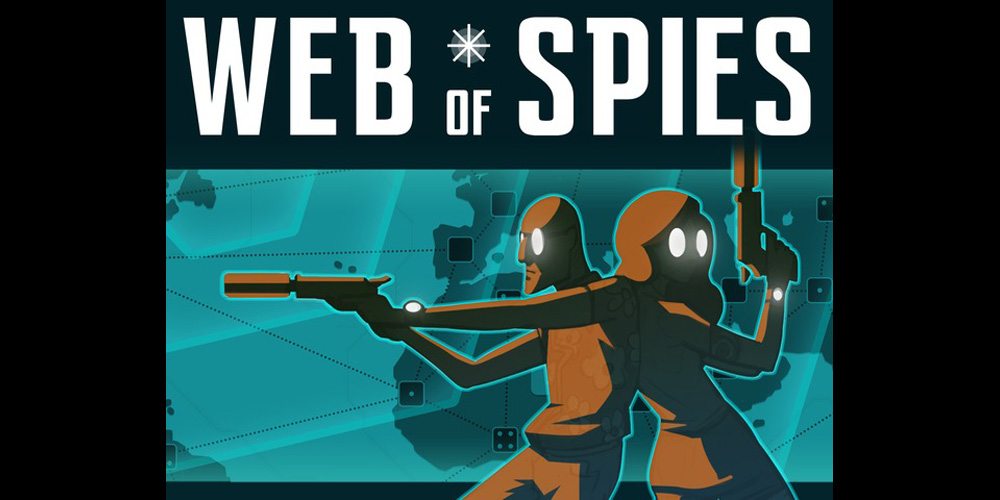