iDevices allow us and our kids to play all kinds of games to test our skills or pit us against each other. But this is the first app I have seen that turned my iPod Touch into a toy.

With Helicopter Taxi, kids can use their device as a toy, vrooming through the air around their house until they get a call from someone who needs a ride. Kids land the device on a surface to pick up the passenger. Kids can then continue flying around their house until the destination is reached. They land the device (gently) on another surface to drop off the passenger. After five passengers have been successfully shuttled around, the helicopter returns to the hangar. It was our experience that the app doesn’t always register a landing properly, though, so sometimes you have to land repeatedly to get the app to progress. Still, while you’re flying around, you can orient the device any way you want to see the helicopter from any angle. You can run through your house, and if your device has a camera, the app shows the helicopter flying around your house. Also, there are two characters in the app that communicate with you. One speaks English, the other Spanish.

For those of us who have a device without a camera (or an iPhone 2G or iPhone 3G, on which the camera doesn’t work with the app), the helicopter flies over what looks like a satellite image, but the image doesn’t really change. So without the camera “augmented reality” feature, it only has limited appeal. I do recommend Helicopter Taxi if you are able to use the camera feature, however.

Helicopter Taxi is available in the iTunes store for $1.99 and is for the iPhone, iPod Touch, and iPad. There are no points, no competition, just good clean fun. I recommend it for anyone old enough to not drop the device as they run around the house with it in hand.

Note: I received a review code for the purposes of this review. 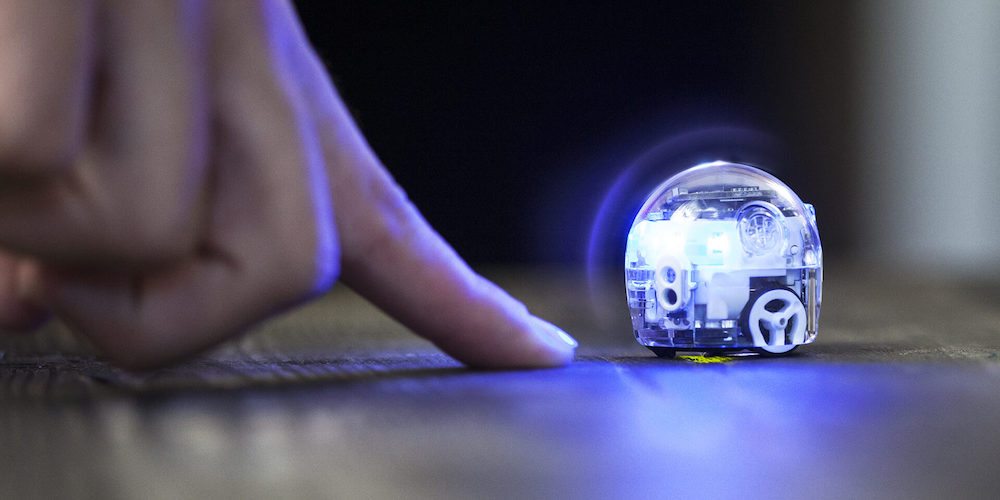 The Smart and Social Ozobot Evo