Toys that are secretly alive, with emotions and desires and fears. A mob boss-like villain who rules over a bunch of castaway toys with cruel efficiency. Daring escapes, close calls, last-minute saves and a climactic double-cross at the city dump.

Sounds like a great story, right? But this isn’t one that you saw on the big screen this summer. It’s a book from 1967 by Russell Hoban and if you thought Pixar could tell a good story you should put this one on your list.

I found my copy of The Mouse and His Child

about a decade ago, when a local video rental-slash-bookstore was going out of business. At the time, I hadn’t heard of Hoban and I wasn’t yet familiar with Caldecott-winning artist David Small, but I liked the look of the book right from the start. Something about it gave the impression of a book that was ostensibly a children’s story but was really written for adults—much like Toy Story 3

— and my first reading of it confirmed it. (I should mention that the back-cover blurb from Norton Juster, author of The Phantom Tollbooth, didn’t hurt.)

The protagonists of the book are the eponymous mouse and child, a set of wind-up toys we first meet in a toy store shortly before Christmas, as they’re put on display by a magnificent dollhouse presided over by an imperious wind-up elephant. As they dance in a circle and talk about the world outside the toy shop, the little mouse makes an impulsive wish: he wants to live in the dollhouse forever, with his father the mouse and the elephant as his mother, and a wind-up seal as his sister. The elephant scoffs at this ridiculous notion; the next day the mice are purchased, boxed up and wrapped for Christmas.

What makes the mouse and his child so fascinating as protagonists is that, unlike Woody and Buzz and their friends, they are inanimate objects. They speak and think, but they cannot move on their own and therefore must rely on others to wind them up. You might think that this would make them rather uninteresting characters to follow, but Hoban takes them on an amazing journey, passed from one character to the next on their quest of discovery.

The villain is one Manny Rat, king of the dump, who uses discarded wind-ups for hauling all the scraps he forages and “commissions” he collects from other animals in the dump. He has quite a nice setup, but everything changes when the mouse and his child arrive in the dump one evening. After they somehow slip from his grasp, he is overcome with a single-minded urge to track them down and smash them to pieces.

Hoban’s writing is beautiful and magical; throughout the story there is always a sense of something larger happening beyond the understanding of the various characters and their own machinations. At each turn of the tale, you wonder how these helpless wind-ups are going to find their way on, but you never doubt that they will. And the final showdown is so ingeniously planned that I almost wish Pixar would acquire the rights to the book so I could see it on the big screen. (Apparently there was an animated film made in 1977; a copy of dubious legal status has turned up here on YouTube, but I just discovered this today and haven’t watched it yet.)

Although The Mouse and His Child was written so long ago, the writing still holds up remarkably well — you may have to explain to your kids about wind-up toys, I suppose. It might not be appropriate for very young kids, because there are some pretty gruesome battle scenes, but generally they depict the natural order of things: animals eat other animals and are in turn eaten by others. (I should note that although the toys behave like real toys, the animals in the book are more anthromorphized and humans play a very minor part in it.)

The copy I have includes David Small’s illustrations which are of a more recent vintage than the story, but they fit the book well. His charcoal and ink wash drawings are haunting and belong to an earlier era. There are just enough pictures to give you hints of the characters and add some visuals without becoming the focus of the book.

I just re-read it over the last few days, and enjoyed it as much as before. Though it starts and ends with Christmas, it’s not really a Christmas story — it takes place over a long period of time and the mice experience all the seasons of the year. If you’re looking for a story with some great characters, action and adventure, unlikely heroes and a dastardly villain, look no further than The Mouse and His Child 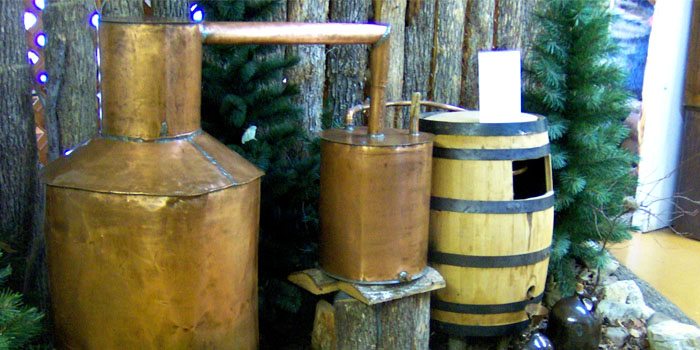