If you haven’t seen the commercials for THQ’s uDraw GameTablet for the Nintendo Wii, you can’t have been looking very hard: It seems like the ad campaign for this thing – and the two games created specifically for use with it – just came out of nowhere right along with its mid-November launch.

The tablet itself is about 7 by 9 inches, and the whole thing feels appropriately Wii-chunky. The 5.5-inch stylus is slightly smaller in diameter than your basic magic marker and is attached to the tablet with a foot-long cord. There’s a storage slot in the back, and an inkwell-type holder on top. A Wii remote snugs into a slot on the left which leaves its buttons exposed – however, it does cover up the sensor at the front, so when you’re on the main menu, you either have to push the front of the remote slightly out of its cradle in order to get your pointer onscreen, or you have to use another controller to launch the games. Maybe it’s a nitpick, but this bugs me: Wii remotes tucked into Guitar Hero guitars, for instance, navigate the main menu just fine.

As far as the tablet’s functionality goes, I give it a solid B. Using the stylus is pretty instinctive, but it slides across the tablet surface with so little resistance that at times, the control feels slippery, especially given that the tip of the stylus is in fact a button that you push by applying a little extra pressure to the drawing surface – the equivalent of a mouse-click.

Packaged with the tablet is the uDraw Studio. Even if you haven’t drawn anything on a computer since the days of MacPaint, you’ll find this program familiar territory. The navigation isn’t the most intuitive, but it doesn’t take long to get the hang of drawing and using old friends like the paint bucket and the straight-line tool, along with their descendants on the “Post FX” menu and the rubber stamp tool, for when you just don’t have time to, you know, draw. I’ve never had the patience to get good at computer art creation-type stuff, so for me, this one’s pretty much “uDoodle-for-a-minute-and-then-get-bored.” My daughter, though, got a kick out of it, from seeing how much detail she could work into the “coloring book” pages to messing around with the different simulated drawing surfaces and media.

For what it’s worth, the tools are there for quality work, as evidenced by the creation of this uDraw portrait by Brooklyn artist and iPad finger-painter David Jon Kassan.

And while uDraw Studio does let you save your pictures in a gallery and offers the option of saving JPG or PNG versions on an SD card if you want to transfer them to your computer, I think it’s a bit of a fail that importing images from that SD card isn’t an option. I’d love to be able to scan photos and put them into the Studio for some goofy family-time fun, in much the same way that the Wii’s photo channel lets you mess with imported pictures.

THQ’s first two games designed for use with the uDraw tablet are Pictionary and Dood’s Big Adventure.

The former is an obvious choice, and my family took to this incarnation of the sketch-and-guess game from the start. In standard Pictionary mode, the game plays much the same as its pencil-and-paper counterpart, albeit with a game show-style announcer offering prompts and the occasional commentary, while the team’s marker pieces and the game board take detailed animated form in a three-dimensional arena. And the pixelated edition does boast an edge for sketchers in the form of shortcuts like straight-line drawing, instant shape creation, the “minus” button for a quick all-erase, and paint buckets for quick coloring. One drawback is that there’s no head-to-head sketching because the game only accommodates one tablet – the “All Play” squares simply mean both teams guess at the same drawing. This also means you’ll have to come up with a house rule on ties, since, should both teams holler out the solution simultaneously, you’re stuck having to either pick one as the correct guesser, or choose “no correct guess,” which is as good as a win for the non-drawing side.

The second play option, Pictionary Mania, takes the game into new places. Instead of the board’s colored squares representing clue categories like “object” or “action,” they assign twists to the play itself. Land on an orange square, for instance, and you’re stuck drawing your clue using only the straight line tool; blue means you can’t lift the stylus from the tablet and must create your sketch in a single stroke; red means you’re drawing with whichever hand you don’t usually use. By far the toughest is the pink square, which means you’re drawing with your eyes closed.

But where Pictionary and the uDraw tablet fit together like crayons and construction paper, Dood’s Big Adventure struggles to make that connection. Game-wise, Dood’s is your basic side-scroller, though instead of a single coherent storyline, you’re looking at four mini-games of 15 levels apiece. And while they’re fun enough, three of them (Roly-Poly, Bubble Trouble and Fan Frenzy) really seem as though they could just as easily be played using a plain old Wii remote and nunchuck, since the stylus and tablet function solely as directional control and attack/jump buttons. The fourth game, Pen Panic, shows a little more ingenuity, since it involves using the stylus to create mid-air platforms for bouncing, requiring some fun with angles and repeated chain jumps sketched quickly with slashes on the tablet.

Where Dood’s Big Adventure really pulls in the uDraw’s functionality is in the customizability factor: Player “Doods” are basically blank canvases just waiting to be covered in designs or caricatures or splotches, or whatever you want your Dood to look like during gameplay. You can also customize the bad guys you’ll encounter along the way, the giant floating animals in the background, and several other recurring elements in the playing field, from elevator platforms to whirling fans. (You don’t have to customize all these things, of course – they’ll just show up as plain white during game play if you leave them alone.)

To be fair, this is kind of neat. My daughter and I had fun splotching up monkeys for the backdrop and coloring a giant snake to look like Charlie Brown. Still, it’s not enough to make up for the repetitive gameplay and the failure to take advantage of the tablet’s unique capabilities.

Overall, as a Wii accessory, the uDraw tablet itself is fun and functional, though its seventy-dollar price tag all but demands some better games to go along with it. (Seems like THQ could tap its own Drawn to Life series for inspiration, and if someone could negotiate the rights to a Scribblenauts Wii edition, I’m all in.) Hopefully that happens sooner rather than later.

Wired: The uDraw tablet’s strengths are on full display with Pictionary, a great Wii adaptation of the board game.

Tired: Without more games to truly take advantage of its capabilities, the uDraw GameTablet could turn into a pricy one-trick pony.

Disclosure: THQ provided GeekDad with the tablet and games for this review. 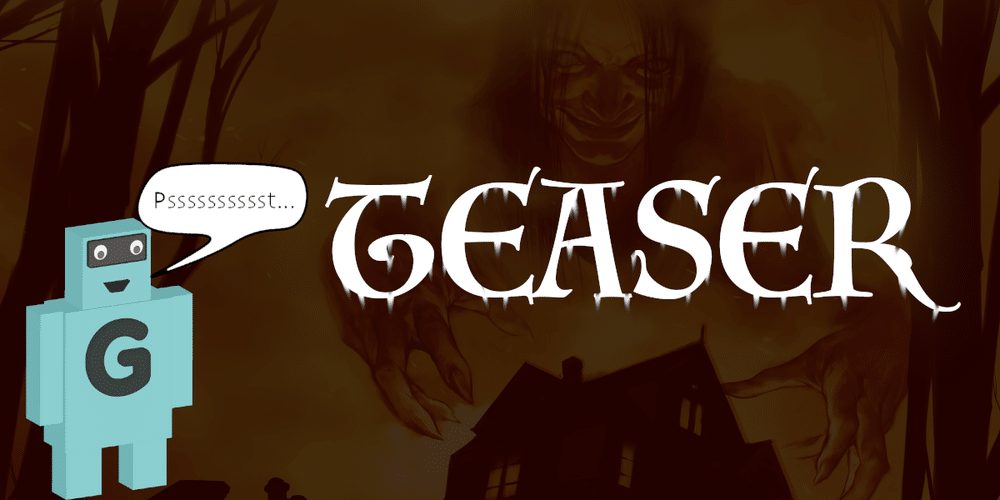 A Teaser From Lone Shark Games