As you will have read the 3DS is an impressive piece of kit. Not only does it deliver a lot more than we were expecting, but it does so with finesse – and more importantly an impressive array of first and third party games.

But with my GeekDad hat on, how does this stack up for family gamers? My first impression is that there is going to be a cost here. Those of us that have tracked with Nintendo from the original DS, the DSlite and DSi have already quite a few of these devices in the hands of our family. With the 3DS we have another piece of hardware to purchase.

Thankfully though, this looks like a genuine new platform, rather than the existing DS technology with a 3D mode. As I said soon after the Nintendo press conference, the 3DS over-delivers in a number of areas. “We already knew that the new DS was called 3DS and would offer a convincing 3D game experience without glasses. But we didn’t expect the 3D features to extend to 3D movies, or to be able to take 3D pictures with dual front facing cameras.”

I was also happy to hear that it was compatible with existing DS and DSi games. Although in my family this raises the question of how (and if) we transfer DSi-Ware games from our existing hardware to the new device. When it is released we will likely want to sell our DSi’s to help ease the cost of a new system – I hope this doesn’t mean we have to wave goodbye to those precious purchases.

One surprise for me was that the new analogue nub has been given preference over the d-pad. It’s position forces the d-pad lower down the left side of the handheld. I know that this will make some of the existing DS games – particularly those that are played in my favorite book style. I was also surprised that the system didn’t have one of these on each side – particularly after the complaints about the PSP on this front. This too will make it harder for developers to cater for left-handed players and may reduce it to more of a camera toy than integral part of the experience.

But it’s the games that my household seems to be most excited about. Titles like Zelda Ocarina of Time, Animal Crossing, Mariokart and Pilot Wings had us pawing over the screen shots for every last details. As well as these first party-games, I was really pleased to see an impressive line-up of third-party titles as well.

In our family, the games we most often share and play together are those on the portable systems. Seeing the likes of Resident Evil, Metal Gear Solid, Kingdom Hearts, DJ Hero 3Dand Super Street Fighter IV in the roster means that our older offspring are also catered for. Whereas previously they have been excluded from much of the DS fun, leaving it to their younger siblings, I think these titles have a shot at getting us all playing together again – especially Street Fighter IV.

Other features I know the kids will enjoy are its ability to share and receive data while they are out and about – like the original Nintendogs, but even when the game isn’t running. I’m sure they will be taking endless 3D photos to begin with as well – the problem then is how to display them. We’ll need a 3D picture frame.

Overall, there is plenty to praise in the next DS from Nintendo. 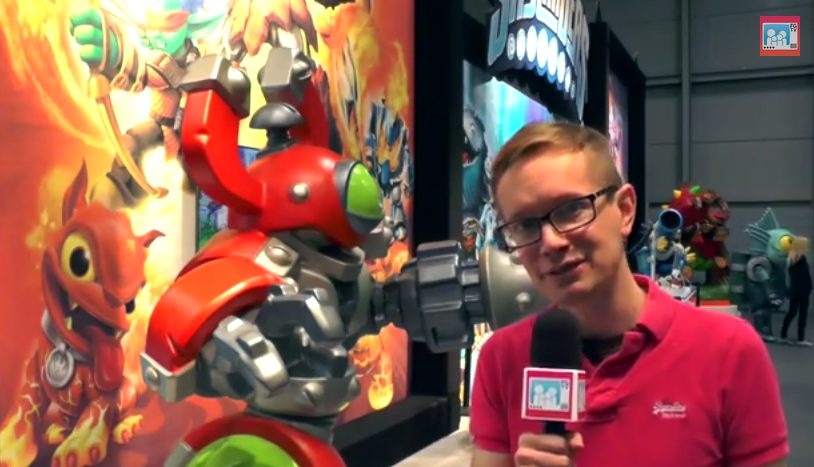