Have you ever watched a movie where a character figures out the answer to a complicated puzzle before you do, or makes some logical connection that you didn’t see until it was pointed out? I’ll bet it made you a little impressed by the character’s mental abilities. “Wow,” you may have thought, “that character sure is smart.”

Now, have you ever noticed that you don’t get that feeling at all while watching the Star Wars movies? Seriously, the main characters are supposed to be the elite — the crème de la crème of the galaxy far, far away — but without exception they make some of the most boneheaded decisions you’re ever likely to see.

Here, then, is the evidence I’ve gathered to prove this point. I will make a few references to the prequel trilogy, but am content that characters featured only in those movies can be proved idiots by simply referring to their dialogue. And the Clone Wars movie and series introduce far too many characters to deal with in a blog article. So I’ll be concerning myself primarily with the original trilogy.

Emperor Palpatine: You’re the leader of a powerful Galactic Empire, and you spent an enormous amount of time and resources building a giant planet-killing space station. Then the pesky rebels went and blew it all to bits, wasting all that investment and presumably killing many thousands of your troops. So what do you do as a followup? Why, build another one, of course! Now, perhaps that’s just hubris, not stupidity, but don’t you think you’d get the best engineering minds in your Empire to look over the plans to make sure they didn’t have a giant gaping flaw in them that could be exploited the same way the first one did? And don’t you think it might make just a little more sense to have the (“fully armed and operational”) Death Star generate its own protective shield, rather than situating the source on a nearby moon full of walking teddy bears? And of course, there’s no reason to pay attention to the mental state of your right-hand guy Darth Vader, even though you know his mind is easily manipulated because that’s how he became your right-hand man in the first place.

Speaking of Darth Vader: So, OK, let’s assume he believes Palpatine about Padme’s death and figures the baby (since he doesn’t know she was pregnant with twins) died, too. He was young and naive when that happened, so we’ll give that a pass. But in the ensuing 18 to 20 years, he never bothers to check up on Tatooine to see if anything interesting is happening there? I mean, despite the mentions of Tatooine as a galactic backwater, it’s got a major spaceport, a very popular podracing arena, and moreover, is where Vader was born! Vader may not have wanted to go back there, but at least he should have sent a spy to see if Obi-Wan showed up, and to keep an eye out for anything unusual — you know, like a kid with the last name “Skywalker” living with Vader’s stepbrother and his wife.

Which bring us to Obi-Wan Kenobi: what a complete, unmitigated dumbass. He’s trying to hide Vader’s son from him, knowing that this son may turn out to be vital in the eventual destruction of the Empire. He knows all too well that Vader is an incredibly powerful (even after being badly injured in their duel) Sith lord who as the Emperor’s right hand has access to virtually unlimited resources. So, naturally, the best place to hide this son is by giving him to Vader’s stepbrother to raise, in the house Vader used to live in, and to give him the same highly-distinctive last name Vader used to have. As if that weren’t bad enough, he also decides to live on Tatooine to keep an eye on Luke — an idea that might have some merit if he didn’t let his presence be known (Luke knows about him, remember) and didn’t use his real last name, too! It seems that mastery of the Jedi way doesn’t include basic common sense about what to do when trying to hide from a Galactic Empire that’s trying to kill you. And that doesn’t even cover all of his stupidity: Think about how, in Empire, Yoda has to tell him (well, his ghost, but close enough) that there’s another hope for the good guys apart from Luke. Kenobi was there when Luke and Leia were born, but Yoda still has to remind him. What a dumbass.

Which brings us to Yoda: Not only does he approve of Kenobi’s plan regarding Luke, but he goes and hides himself away from everyone else so he can’t help out without being sought after. This is of course to protect him from the Empire, but it doesn’t really do much to help the rebellion, either. Then there’s his protest against teaching Luke after he reveals his identity to him, as though there were really another choice for the rebellion’s hero. And he (to say nothing of Obi-Wan’s ghost) never bothers to mention to him that his relationship with Leia is just not a good idea.

Speaking of Luke Skywalker: We can excuse Luke for his comparison of targeting the exhaust port on the first Death Star to bullseyeing womp rats in his T-16 on Tatooine, despite the fact that (one assumes) the womp rats were not at the time flying TIE fighters nearby, trying to kill him. He’s young and naive when he makes that statement. But by the time Return of the Jedi rolls around, he’s supposed to be older and wiser, right? So look at the insane plan he concocts to rescue Han from Jabba the Hutt: First Lando has to infiltrate Jabba’s guards — evidently that was really easy, since we aren’t told how he did it. Then C3PO and R2-D2 have to donate themselves to Jabba, the only clear reason being so that Artoo can give Luke back his lightsaber at the crucial moment later on. Then Leia, dressed as a bounty hunter, needs to bring Chewie in as a prisoner, too, and then go and get Han out of the carbonite; why Lando couldn’t have done this, we aren’t told. Only then does Luke arrive. Luke later tells Han he’s “thought of everything,” but he doesn’t look too well-prepared when he’s dropped in the Rancor pit, and how the heck could he have known that Jabba wouldn’t just order his henchmen to open fire on Luke and his friends on the spot? We enjoy Leia in the slave costume as much as anyone else, but really, wouldn’t it have made a lot more sense for Lando and Luke to do the whole thing themselves?

Which brings us to Han Solo: Picture this: You’re a smuggler by trade. Due to unforeseen circumstances you end up with a price on your head, put there by gangster kingpin Jabba the Hutt. You then decide to hang out in a bar in a very popular spaceport on the same planet as Jabba’s headquarters. Why? Because you’re an idiot, of course. You also, despite being a highly-experienced spaceship pilot, mistake parsecs for a unit of time instead of distance. Not that far in the future, you finally get enough money that you can afford to pay off Jabba, so you won’t have to keep running away from bounty hunters, but you don’t go right to Tatooine to give him the money. Instead you follow your heart, or possibly a different organ, and stay with Princess Leia and the rebels as they move to Hoth, only deciding to leave just before the Empire arrives anyway. Why? You’ve got me.

When you mention Han, you have to mention Chewbacca: He’s an influential elder wookiee, having worked with Yoda many years before. So what the heck is he doing as Han’s first mate? He’s older and more experienced than Han, and except for falling for the Ewok trap on Endor, he tends not to do stupid things. So why isn’t he the captain and Han the first mate?

And that brings us to Princess Leia: She may be tough, and she may mostly be practical, but she makes the most boneheaded move of all. They’re on the Millennium Falcon, having just escaped from the Death Star. She knows that the Empire let them go and is tracking them, and we know she knows because she tells Han so. So of course it makes perfect sense to head straight for the rebel’s home base — you know, the one whose location was a vital secret she resisted torture to protect, and which Alderaan was destroyed to protect. She leads the Death Star right to the base despite not knowing if a weakness can be found in the plans Artoo’s carrying — we know she doesn’t know because she says she “only hope[s] that when the data’s analyzed a weakness can be found.” Wouldn’t it have maybe made a little more sense to go somewhere completely unrelated to the home base’s location to analyze the data? Maybe stop somewhere for a short while and look for the tracking device so it could be disabled before going to the base? No, she very nearly loses the entire war because of her utterly dumbass choice. And for some reason the other rebels leave her in charge afterward. Which probably makes them all dumbasses, too.

As for the droids: They’re only as good as their programming. But really, C3PO is a neurotic, bumbling, babbling fool. And yet R2-D2 sticks with him, which, according to Obi-Wan, makes him the more foolish. Of course, Obi-Wan is a dumbass, so that may not be a valid conclusion after all. 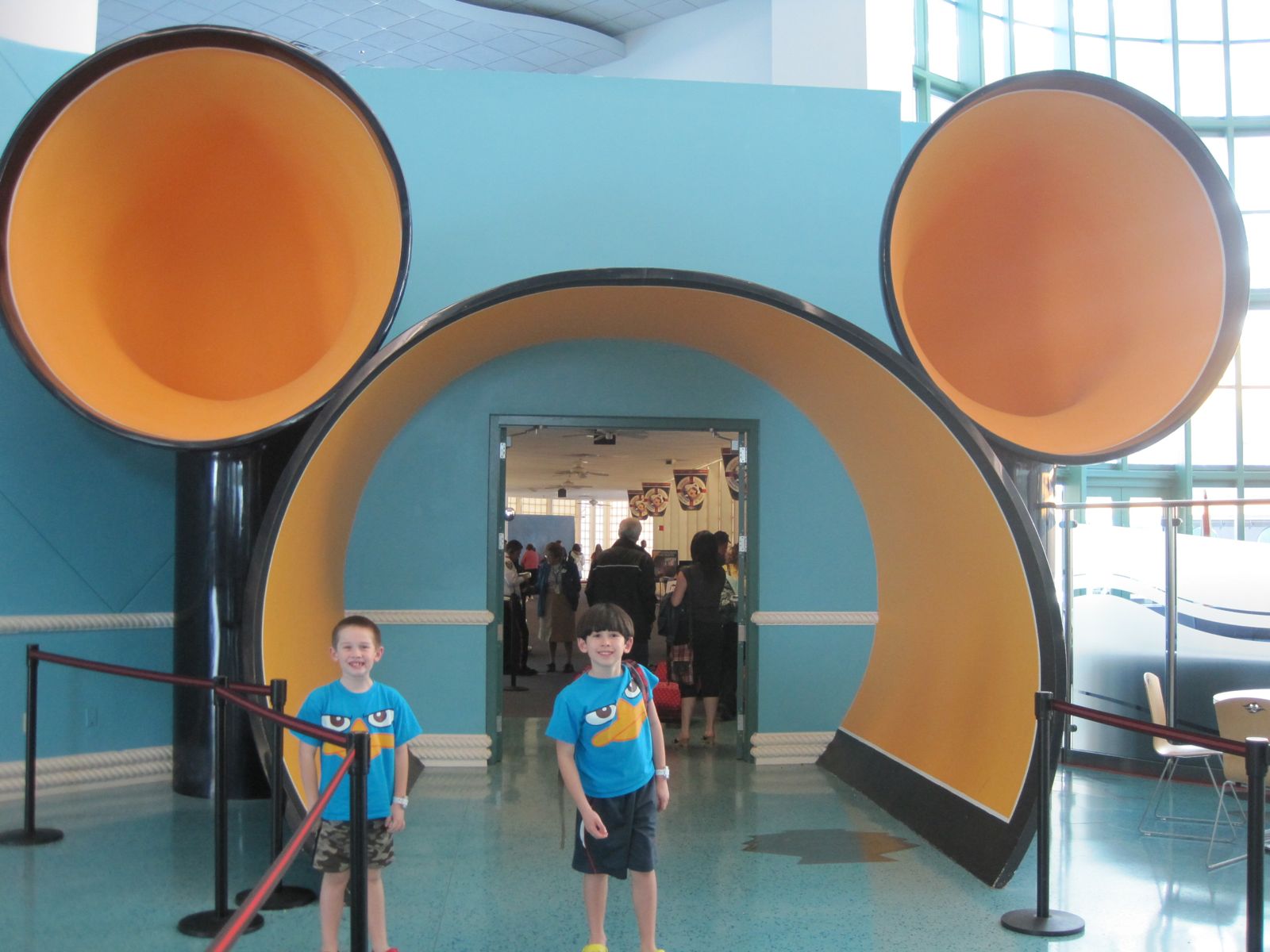