News of the oil spill in the Gulf of Mexico is everywhere you look. That’s as it should be, of course, since it’s an ongoing catastrophe whose effects on people and the environment will be felt for some time. But that also means that children are likely to hear bits and pieces of information and opinion about the spill, and as a result will likely have questions about it. Here, then, is a (we hope) helpful guide to helping your kids wrap their brains around the spill.

1. What exactly happened? Not all the details are known, but what we do know is this: At around 10:00pm local time on April 20, there was an explosion on the Deepwater Horizon offshore oil rig. At the time, a procedure called “cementing,” which is done to shore up the sides of the well, was being done and may have been the explosion’s cause, but we aren’t certain. The explosion set the rig on fire, and of course a fire on an oil rig is hugely dangerous, so the Coast Guard rushed out to rescue the workers — 115 workers were rescued, and 11 are still missing and presumed dead. At the time, the incident seemed bad but not catastrophic, since the rig had not been in the process of pumping oil at the time. Two days later there was a second explosion that completely collapsed the rig and sent it sinking to the ocean floor.

Still nobody was aware that any leak was happening, because the oil rig had (as it was required to) a “blowout preventer” that is designed to cut off the oil flow in case of an accident. It became obvious in the next several days that the device had malfunctioned (we still don’t know precisely why) and oil was spilling out of the sunken rig.

2. Why doesn’t oil mix with water? It’s a bit technical, but basically, every molecule is either polar or non-polar. Polar molecules have a positive charge on one end and a negative charge on the other, and non-polar ones, as you’d expect, have no charge. Water is polar and oil is non-polar, and like molecules attract like molecules, so neither is as attracted to the other as to itself. It is possible to create an emulsion, which is a suspension of the molecules of one in the other, but that’s much more chemically complex (although you may have an example of an emulsion in your refrigerator: vinaigrette salad dressing, which is an emulsion of oil and vinegar, of course). Since in addition to not mixing with water, oil is also less dense than water, it floats to the surface. These two facts are the chief reasons why oil spills spread so rapidly and are as environmentally catastrophic as they are.

3. Why haven’t they been able to stop the leak yet? There are methods that have been successfully used to plug up underwater oil leaks, but none of them had ever been tried in water as deep as that part of the Gulf of Mexico, which at the site of the rig is about 5,000 feet. BP, the company which was using the rig (though it was owned by a different company, Transocean), has begun drilling a “relief well” to lower the pressure in the leaking well, but the process can take months. The attempt to put a “cap” over the leaking well failed — imagine trying to stop a fire hose on full with your bare hands, and you’ll get an idea of the difficulty involved. BP was successful in plugging one of the three known leaks, but the flow has subsided barely if at all. They’re still trying, of course, but the catastrophe gets worse all the time.

4. So how much oil has spilled, really? The only completely accurate answer is: We’re not sure, but a heck of a lot. NOAA estimates the leak at about 5,000 barrels per day, and that’s the lowball guess. BP executives have said that it could get as bad as 60,000 barrels per day. A barrel is about 42 gallons, meaning that the current conservative guess is that around 210,000 gallons of oil is spilling into the Gulf.

Just how much is that, really? Well, if you were to fill gallon milk jugs with the oil and put them on a U.S. football field, you’d cover 91% of the field. Every day. In less than three days at that rate, enough oil would leak to fill an Olympic-sized swimming pool. If the leak began on April 22nd, it’s been leaking steadily for about 19 days so far, so that would mean enough oil has leaked to fill nearly seven such pools. And that’s the best-case scenario. You can use the PBS-created widget to the right to try out different scenarios and see how much oil each would indicate has been spilled. There’s more information on visualizing the magnitude of the leak available, too.

5. How wide is the spill, though? You may have seen photos of the spill (as above). But it’s hard to put that kind of a picture into context. A Google Maps engineer named Paul Rademacher has created an online tool to overlay the spill onto various metropolitan areas, which really helps visualize the extent to which the oil has (so far) spread.

6. What does the spill mean for people and wildlife? Nobody knows for sure, but we know the effects will be very bad and probably long-lasting. There have been oil spills in the past where sea birds covered in oil have been found nearly eight years later. And of course the effects on fish and other aquatic life will likely be felt for a very long time as well. The effect on people is mostly economic, which is not as dire but is no less real. Many people make their living fishing in the Gulf, to say nothing of the tourist industry. The government will of course try to help these people out, but their lives will still be seriously disrupted.

BP has been trying chemical “dispersers,” that are meant to break up the oil before it reaches the surface and thus mitigate the environmental impact. But the chemical composition of these dispersers is a trade secret, so they may end up being just as bad as (or worse than) the oil. The EPA is looking into them at the moment. 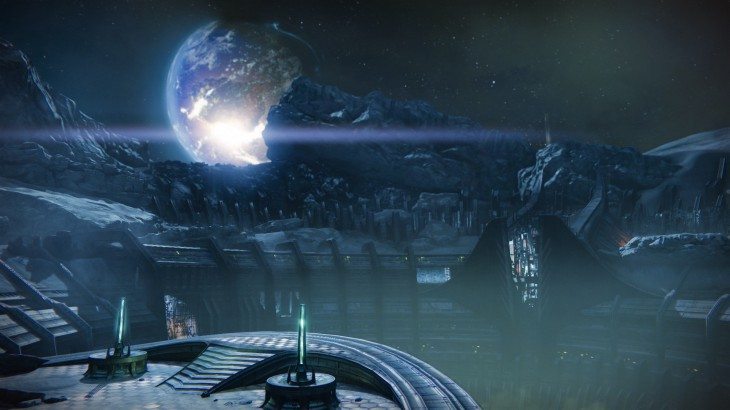