This summer went so fast. 2009 has gray hairs and already the holiday season is upon us. We at the GeekDad blog once again present our gift ideas, carefully collected over the past year. Here they are: Absinthe & Flamethrowers
Geek dad Bill Gurstelle shows us how to live fully by living close to the edge, safely. Swill absinthe, throw knives, and build a flamethrower. It’s the maker ethos turned into a lifestyle! Buy it on Amazon.

Masterminds of Programming
The authors of this incredibly dense book interview some of the classic innovators in the field of programming: Python’s Guido von Rossum, BASIC’s Thomas Kurtz, SQL’s Don Chamberlin, and Perl’s Larry Wall, among many others. Over 450 pages of the thoughts and philosophies of some of the baddest code-schleppers ever. Buy it on Amazon.

Real Ultimate Power: The Ultimate Ninja Book
Tongue-in-check guide to the secret lore of those most elusive of assassins, the ninja. Author Robert Hamburger begins his mythical history when the first ninja appeared, approximately 8 trillion BC. It’s pretty much downhill from there. ThinkGeek.com Septimus Heap
Capturing my imagination more than any other book of its type since the
Harry Potter series, Angie Sage’s Septimus Heap series is excellent children’s fantasy. Born the seventh son of a seventh son, you realize that Septimus is special from the start. The books are filled with adventure, excitement and creativity. Intended for kids in grades four through eight, there are enough plot complexities to be enjoyed by grownups as well. Read the newest book to come out, Syren. Or, if you’re new to the series, catch up with the first four books: Magyk, Flyte, Physik and Queste. Additionally, there is special bonus material in Sage’s book The Magykal Papers.

Revenge of the Giants
Epic hardcover adventure in the spirit of the famous G series module, Against The Giants. Designed for a party of 12th to 18th level characters, Revenge of the Giants features titans, primordials, and you guessed it — a whole slew of giants. Buy it on Amazon. Makers
The latest gem from Cory Doctorow, he originally released this book online for free. Personally I love me my books, so I waited until the book was released in physical form. Set in the immediate future, during a second dot-com bust complete with VCs, micro start ups, abandoned Wal-Marts and 3D printers. Buy it on Amazon.

The World According to Twitter
When you have a lot of Twitter followers, strange things happen — kinds of writing that have never before been contemplated come into existence. In this case, New York Times columnist David Pogue’s million plus followers responded to his tweets and the most amusing of those responses formed a cool narrative composed of sub-140 character thoughts. Buy it on Amazon.

The Authorized Ender Companion
Orson Scott Card’s Ender’s Game was a book that captured the fascination of millions of readers. Not satisfied with the formula of the first book, the book’s nine thoughtful sequels went in unexpected and unsettling directions. The Authorized Ender Companion collects the ins and outs of the universe Card so compellingly describes — it’s kind of an encyclopedia of characters, places and concepts unique to the series.Buy it on Amazon.

One Hundred Essential Things You Didn’t Know You Didn’t Know: Math Explains Your World
Cambridge math professor discusses 100 fascinating topics having to do with mathematics, but which relate to everyday life. Think that math isn’t useful in the real world? Read this book and learn about stuff like bikes with square wheels, the connection between rugby and relativity, and the inspiration for Arthur Conan Doyle’s evil mathematician Moriarty. Buy it on Amazon. Iain Banks is known for two kinds of fiction — vast space operas and compelling ‘real world’ fiction. This time he tries something new — science fiction not set in his usual universe. Instead, shows us the machinations of “The Concern” — a group that helps people possess other people, so long as these victims reside in a parallel universe. Buy it on Amazon.

The City and the City
China Miéville’s latest book has been described by some critics the most compelling science fiction novel of the year. It begins as a murder mystery, dutifully investigated by casually seditious cop Tyador Borlú, but very quickly he begins to discover that his world isn’t what he expected. Set in the compelling (though mythical) Balkan twin cities of Beszel and Ul Qoma, where you’re not allowed to admit the mirroring sister city exists. Awesome! The City & The City

The Geek Atlas: 128 Places Where Science and Technology Come Alive
A must for the traveling geek. Author John Graham-Cumming reports on the mightiest nerd museums, laboratories, and other sites, treating them like any other travel guide might. But he also accompanies each entry with compelling technical explanations of what discoveries or phenomena are associated with that location. Buy it on Amazon.

Umbrella Academy
My Chemical Romance vocalist Gerard Way creates a new kind of superhero comic, one that turns conventions and expectations inside out. Seven super children with an alien patron are born to mothers who had not previously shown signs of being pregnant. What the heck is going on? The third volume of six comics has just begun; get up to speed with compilations of volume one and volume two, available on Amazon.

The Lost Fleet Series
Captain Black Jack Gentry died heroically in the line of duty one hundred years ago. But when his life pod is found by his descendants, he’s thrust into the same war that he left so many years ago, he inherits command of a fleet fighting against desperate odds, with captains who don’t know or trust him, and trying to adjust his thinking to the modern day. Black Jack, as a man out of time is an excellent character and this series is the best military SF I’ve read in some time. Buy Book 1 on Amazon.

This is Not a Book
Author/illustrator Keri Smith has made a career writing quirky, diarylike how-to books that help people recover their creativity in a world that often seems to suck it all out. In this book, she invites readers to try something interesting and different, all relating to the book’s theme. For example, page 55: “This is Not a Book, This is an Imaginary Place” urges the reader to draw buildings and geographic features on a picture of a planet. Very fun and liberating. Buy it on Amazon.

The Presentation Secrets of Steve Jobs
Harness the mojo of the Steve, gifted for his ‘reality distortion field’ transforming his company’s hardware and software into the be-all-end-all that has millions of fans enraptured. Blow up the quarterly staff meetings with elite Powerpoints and a messianic sense of purpose. Buy it on Amazom.

Fantasy Craft
The beauty of Wizards of the Coast’s enlightened d20 licensing scheme is that every house rule or D&D remix has the potential to become its own independent game. Fantasy Craft is such a game. It’s D&D with a 90 degree twist, designed to let you create any world, character or monster you can imagine. Buy the game from Mongoose Publishing.

Caryatids
Bruce Sterling’s latest, it’s the story of the genius clones of an evil Balkans dictator. Freed of their malignant mother, who hides out on a space station, the girls are free to make their own way in the world, and rapidly rise to prominence. Buy it on Amazon. The Elements: A Visual Exploration of Every Known Atom in the Universe
Even if this book weren’t absolutely gorgeous, it would still be a worthwhile investment because of how well it works as Coffee Table Education. This is when you leave a book lying around that is so tempting the kids pick it up and start learning stuff without even being asked! Based on author Theodore Gray’s amazing website, The Elements offers a double-page spread (or sometimes more than one) on each element, complete with lush photos of the raw material in its pure form, as well as in various incarnations, both common and rare. Delightful. Buy it on Amazon.

Lego Star Wars, The Visual Dictionary
Lego’s top-selling product line for the last few years, Lego Star Wars has grown to epic proportions with dozens of excellent models including many of their largest and most complicated. It’s only natural that a book is needed to document/celebrate the ins and outs of this great line. Buy it on Amazon. Hacking the Holidays: Carve Your Turkey Like a Pro 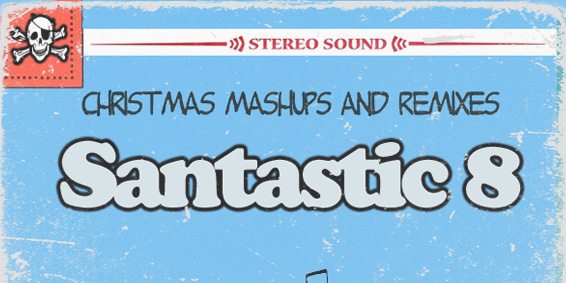 Enjoy the New Sounds of the Season