There was a time, once, when geeks everywhere revered the name of George Lucas. Then The Phantom Menace came out and took him down a few dozen pegs in our collective estimation. The next two movies didn’t help, either, and changing Star Wars to make Greedo shoot first was the final straw for many geeks.

Yes, though it takes a lot to earn a place on the geek world’s pedestal, it doesn’t take much to fall from it. We’ll forgive a few missteps, as we have with Douglas Adams’s weaker Hitchhiker’s books (and of course his untimely death earns him much forgiveness as well), but there are definite limits on our patience. So in this Great Geek Debate, let’s look at the two men who are arguably the biggest icons in geek entertainment today: Joss Whedon and J.J. Abrams.

Joss Whedon broke into the collective geek consciousness with the 1992 movie Buffy the Vampire Slayer, a fun but uneven take on the vampire movie genre. His screenplay for Alien: Resurrection going largely (and deservedly) overlooked, he truly gained his iconic geek status when the Buffy TV series (which only really related to the movie in that both were about girls named Buffy fighting vampires) hit its stride with its second season. If any doubts remained about his ability to captivate geeks, he removed them when Firefly hit the TV screen in 2002.

There’s no way to know what would have happened if Fox hadn’t unforgivably mishandled Firefly, moving it around from timeslot to timeslot and thus guaranteeing it would never garner decent ratings, then unceremoniously canceling it entirely. Maybe the series would have gone downhill; maybe we would talk about how the first season was an aberration. But the fact is that by canceling it Fox ensured Firefly‘s place in geek canon, so much so that its place on the pedestal enabled Whedon to convince Universal Pictures to make and release the movie Serenity two years after the last episode aired on TV.

J.J. Abrams got his start in Hollywood writing such films as Regarding Henry, which is possibly the only film ever to imply that the best thing to do with arrogant, self-centered lawyers is to shoot them in the head. Probably the first time geeks really noticed him was when he co-wrote the 1998 movie Armageddon, which definitely didn’t earn him many points. Then he created the TV series Alias in 2001 (Felicity wasn’t especially geeky), and we started to realize he had some genuine talent.

Then came Lost, which was so brilliant no viewer could legitimately claim to understand it. Whatever your opinion of it, you have to admit that Lost was a watershed moment in TV: probably the first show with such a long overall story arc that each episode didn’t have to be understandable on its own. Then came Mission: Impossible III, which Abrams took over after the original director bailed, and which, while not necessarily good, was nonetheless better than it had any real right to be.

So that’s the past of both men, and so we come to the more recent years. Whedon hasn’t done much recently, unless you count creating a musical web-based miniseries so brilliant they had to create a new Emmy category so it could win one (and which also, not incidentally, won a Hugo Award). And then of course there’s Dollhouse, which while uneven is still one of the few decent science fiction shows on TV, and has had some real flashes of brilliance.

Abrams has been a little busy these past few years. He created the TV show Fringe, which seems to be of the love-it-or-hate-it variety, but certainly qualifies as geeky either way. And then of course there’s a little movie you may have heard about. Yes, a lot of hardcore Star Trek fans are deeply unhappy with the liberties he took in reinventing their precious universe, but I for one am very pleased with it. I didn’t love everything about the movie — its story was wildly implausible and it had several huge plot holes — but as a nearly-lifelong Trekkie I’m absolutely thrilled to see the franchise reinvigorated.

So how to compare the two? I like a lot of both of their works. I think if I look at the collective geek consciousness (assuming such a thing really exists), I have to give the nod to Joss Whedon. Seriously, if he had done nothing other than Firefly/Serenity and Dr. Horrible, I think he would still win. I mean, he gave the world Captain Tightpants and (arguably) the first genuinely wonderful geek musical!

So, what’s your opinion? Take the poll and leave a comment! 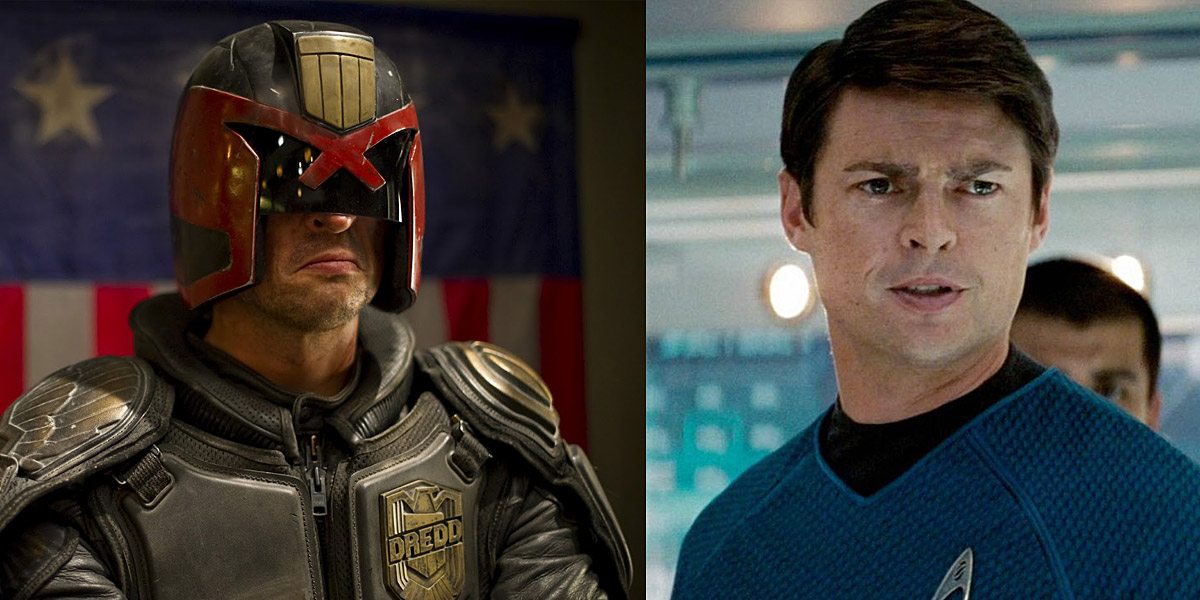 An Emmy Category All Geeks Can Get Behind