This week we needed your help tracking down the cause of the mysterious weight changes of a traveler’s luggage. And, this time, we got it in spades. Congratulations to Hongyi for having his correct answer randomly chosen from the more than 200 correct answers. More of you should submit answers to the “harder” puzzles–you’re all pretty smart and you’ll have probability on your side! Anyway, Hongyi will be receiving a $50 gift certificate to ThinkGeek! The rest of you can read to the end of the solution to find a discount code you can use to save $10.

Our intrepid traveler was in Juliaca, Peru for business when he was called to Anchorage, Alaska for an emergency meeting that would last less than a day before he had to return to Juliaca. Being an untrusting sort, he packed all of his belongings for the short trip. When he arrived at the airport and checked his bag, it was weighed in at 49.9 pounds, just below the 50 pound limit for excessively heavy baggage.

Our traveler arrived in Anchorage, booked a hotel room, put his luggage in the corner, and fell asleep. He woke up just a few minutes before he was due at the meeting, so he only had time to brush his teeth (his toiletries were kept in his carry-on luggage for use during the flight) and run out the door. The meeting was long, and he had to stay to socialize after the meeting so he was nearly late getting back to the hotel. He had time to grab his luggage and rush to catch the airport shuttle.

At the airport, he checked his suitcase again, but this time it weighed in at 50.1 pounds and he had to pay the excessive weight charge.

Our traveler never opened his bag between the weighing in Juliaca and the weighing in Anchorage, and neither did anyone else: nothing was added and nothing was taken away. Nothing stuck to the bottom of the bag, etc. The humidity was low in Anchorage, so water absorption did not somehow add 0.2 pounds to his luggage. Both scales very well calibrated and are accurate to 0.05 pounds.

What is the cause of the weight gain?

There are three major (and many minor) reasons for the weight difference. First, I’ll give you Hongyi’s solution and then I’ll go into more detail of what I was looking for.

I can think of two possible causes for the weight difference.

First, of course, I should say that weight is not the same thing as mass, which most of you felt obliged to mention. Mass is a measure of how much “stuff” an object has while weight is a measure of force. So, the weight of an object is an acceleration being applied to the mass of the object. Basic high school physics: F=ma.

The amount of “stuff” in the suitcase did not change, so the acceleration being applied to it must have. That is the effective gravitational acceleration at Anchorage is greater than in Juliaca.

Why? There are three major reasons that I was looking for.

First, I should point out that gravity is often referred to as both a force and as an acceleration. From this point forward, it’s a force acting between two bodies with mass.

1) As we all know, the strength of gravity (on a macroscopic scale) is inversely proportional to the square of the distance between two objects. The higher altitude above sea level of Juliaca means the force acting between the suitcase and the earth’s mass is slightly weaker than in Anchorage.

3) Another affect earth’s spin, coupled with its rigidity, has is that the angular velocity at the poles is slightly lower than that at the equator. The equator has a higher angular velocity because the radius is larger but all parts of the solid earth make one rotation in the same time period. This difference in angular acceleration in this instance has the effect of counteracting some of the force due to gravity at the equator compared with at the pole.

These three factors are the major contributions to the weight difference for a homogeneous planet, and I counted any combination of them as a correct answer. I was not looking for exact solutions.

Something that I ignored for this puzzle was the mass of the mountains in Peru. These mountains are more dense than the crust under Anchorage, which increases the measured gravity in Peru. In fact, if you look at the gravity anomaly maps from NASA’s GRACE orbiter, you’ll see that the mountains of Peru have one of the higher gravity anomalies.

Also, all of this is predicated on the notion that Airlines/Airports calibrate their scales based on weight and not on mass and that they recalibrate them often and correctly, which is doubtful.

These two points would invalidate the puzzle if I cared about reality. But, really, who brings their toothbrush in their carry-on anyway? 😉

Your code for $10 off at ThinkGeek is GEEKPUZZLER. Thanks for playing and come back on Monday for a brand new puzzle! 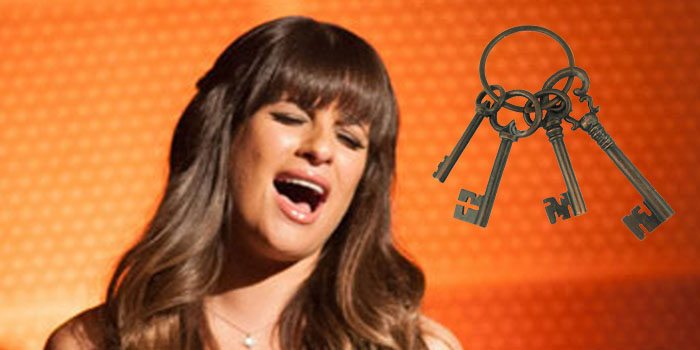