For the past seven years, one particular character has defined the USA Network schedule. Tonight, former detective Adrian Monk will begin his eighth and final season of quirky crime solving before award-winning actor Tony Shalhoub moves on to other wonderful adventures.

In addition to being a genius at observation and deduction, Monk has a daily battle with obsessive–compulsive disorder (OCD) and various phobias that make him a social misfit. With the help of his assistants—first Sharona and now Natalie—Monk has made a reputation breaking unbreakable cases in his quest to regain his police badge. Along the way, the Defective Detective has inadvertently inspired some parenting tips.

It’s a Gift… and a Curse

One familiar Monkism both celebrates and bemoans his legendary observational abilities. As he walks through a room, cocking his head to one side and framing the scene with his hands, Monk is able to see the whole picture and connect all the dots. His memory is perfect, allowing him to recall the details of any crime scene. The flip side to this gift is that he sometimes sees things he wish he hadn’t or remembers things in detail—such as the scene of his wife Trudy’s tragic death—that cause him pain. Children usually aren’t this dramatic, but there are ups and downs to raising a human.

Parenting is life-changing. For every missed night out on the town on a date, kids tend to give you several little miracles as compensation. Take our eldest. A fairly brilliant little guy who is a voracious reader and convenient listener. He has been known to make observations that are both delightful and mortifying. We fight off his nightly chatterbox mode—pausing TiVo frequently to hear long explanations about characters he is reading in his books or creating in his drawings—to squeeze any kind of grown-up time out of the day. Then he comes up with this gem on the occasion of his eighth birthday: “Mom? Today should really be ‘Things-I-Couldn’t-Do-Without-You Day’ for us, shouldn’t it?”

There is a moment in almost every show where Monk cracks a confident smile in realization that he knows who committed the crime. The case might not be solved until he also figures out how the deed was done, but Adrian knows guilt when he sees it. Parenting also relies on that gut feeling that we will eventually figure out the details.

Lawrence Cohen identified ten traits of good parents for Parenthood.com. This list includes playfulness, reflection, emotional balance, and self-acceptance. The common theme is that parenting takes some practice to get better, and requires some guesswork to keep things moving. Sometimes, you just have to do things because they feel right without quite knowing why they do.

You Were a Child Once, Right?

When asked if he were ever a child, Monk’s response to Julie (his assistant’s daughter) is: “Very briefly.” His father left the family when Adrian and his agoraphobic brother were kids. The roots of his severe OCD played out in school by making him an easy target for bullies. His strongest moment came in college when he got up the nerve to call his true love. While Monk may not have much empathy he can draw from his own experiences, most of us have some moments we cherish from our childhood.

These memories can be helpful in understanding the world from the eyes of our children, even if we have grown past many of their obstacles. As Alicia Lieberman points out in her book, The Emotional Life of the Toddler, there is a difference in perspective between adults and children. When we wave our remotes at the TiVo, toddlers think we have magical powers, and it frustrates them that they cannot do the same thing. Unlike adults, toddlers are often interrupted in their tasks by being swooped up and deposited in some other room. Imagine that happening with your supervisor at your work. Taking the time to understand these distinctions can help parents be a little more patient watching their kids grow up.

In one episode, Monk jumps up onto a table to avoid a chance encounter with an escaped snake. His longtime friend, Leland Stottlemeyer, points out that Adrian is afraid of heights. Leland receives a clarification from his nervous colleague. “It goes germs, needles, milk, death, snakes, mushrooms, heights, crowds, elevators,” Monk explains. Over the years, Monk has claimed over 312 distinct fears.

There are times when parenting feels equally dysfunctional. It can be paralyzing to think about all the things that might go wrong if we continue to parent in the ways to which we are accustomed, or proceed on our current path. Knowing that there might be some small decision you make that can lead to years of future therapy for your child doesn’t mean you are destined to mess up the kid. Trusting your instincts is easier when you pay attention to the ways your child copes with adversity or finds joy in living. Such evidence may not eliminate the biggest fears, but it might make it possible to quiet a couple hundred of the lesser ones.

Adrian’s sense of feng shui is less about a Chinese compass than it is conservative geometry. Square shapes are preferred to round, and rounded numbers are comforting. Monk has adjusted the furniture in numerous rooms to make it centered and balanced, often pausing to predict that the gratitude of others will come later, when they can see how much better the arrangement is.

Like Adrian’s eye for interior design, our parenting decisions may not be noticed right away by the people impacted the most. Even if we can see the proverbial forest, our kids may be focused on kicking the tree standing in their way. In those moments, it is important to listen to what our children are saying. We don’t do this to direct the conversation to our rationale, but simply to build trust. Let them vent and rage, if they want, without trying to fix their interpretation. Accept that their feelings are real, even if we can see they are temporary, too.

A Holodeck for Crickets 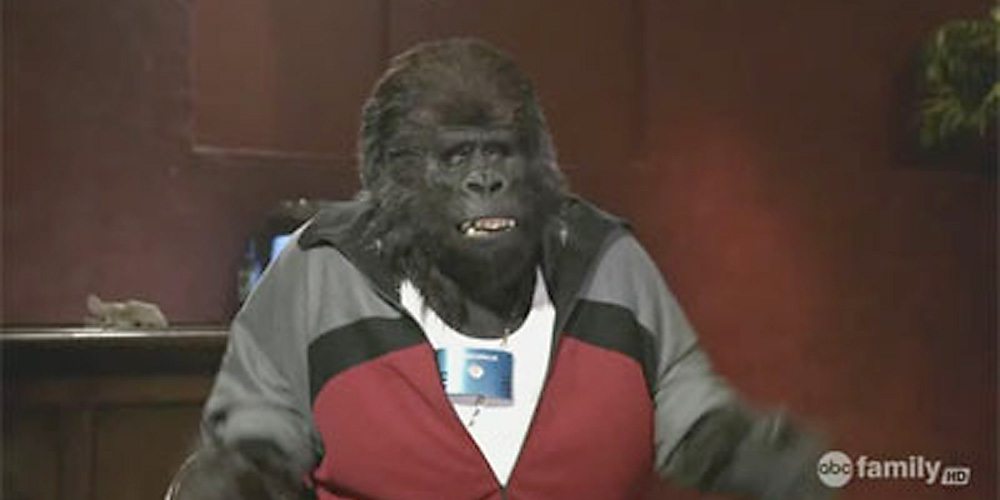