It’s all right to admit it: You’ve had fun playing Wii Sports. The simple repetitive play is way more enjoyable than you’d ever expect it to be, particularly if you’re playing it with kids. The new Wii Sports Resort has a similar feel, only with more sports, better graphics and long-term playability, and, of course, the Wii MotionPlus.

When I started up Wii Sports Resort, and parachuted down to Wuhu Island (for so the game begins when first played), it felt like the realization of the Wii’s original promise of a game system that would follow your actions: every slight motion of my hand was precisely mimicked by the Mii on screen. And the MotionPlus is used well throughout each sports minigame, so that you get much more of a feeling of being in the game than in the original Wii Sports. For instance, where in the original you could swing your arm wildly and still play a decent game of tennis, in this one each flick of your wrist could make or break your game of table tennis.

My kids, of course, were incredibly excited about trying out the game, especially when they found out that one of the sports was swordplay. I’m not sure if it was because they’re huge Star Wars fans and it felt like a lightsaber duel, or simply because they’re kids and like bashing away at things, but they took to the swordplay like a duck to water. From there it wasn’t hard to get them to try some of the other sports, especially golf and bowling, the two carryovers from the original. They had some difficulty getting used to the precision of the response, as did my wife and I, but they had a great time playing even when they weren’t doing so well. Not all of the sports are winners: Basketball, in particular, seemed too hard to control for too little reward, and different enough a feel from actually playing the game that it just wasn’t that much fun. Some are dead simple, like the Island Flyover (which is simply flying around Wuhu Island collecting “information” about it), and some require a great deal of practice to even manage not to fail spectacularly, like Power Cruising (which involves quickly riding a Jet Ski through hoops). One of the nice new things is enhanced replayability: they’ve added achievements (in the form of “stamps”) for each game, and the ability to unlock different minigames in each sport.

It struck me that many of the minigames actually give you a pretty good upper-body workout, and would, especially combined with Wii Fit for a good lower-body workout, make the game a justifiable purchase for that reason as well as it just being a heck of a lot of fun. Some, like Archery, are more about precision than motion, but others, like Canoeing, Cycling and Swordplay, require a great deal of quick arm movements. I’ll freely admit that I’m not in the best of shape, but I did break a sweat a number of times. It’s not as good as going to the gym, of course, but you could do worse things for your health than play this game a few times a week.

All in all, Wii Sports Resort is just a heck of a lot of fun for adults and kids, together or separately. It comes with one Wii MotionPlus accessory, so you’ll need to buy a separate MotionPlus for every other remote you have that you want to use with the game (nearly all the games can be played solo, and a few can only be played solo, but as you’d expect it’s more fun with at least two players). The game, with MotionPlus

Wired: More fun than it has any right to be, really. And anyone who’s had a Wii for a while will appreciate the fulfillment of its original promise with the MotionPlus.

Tired: That being said, having to drop $19.99 for each additional remote to be able to play the game is more difficult to appreciate. Some of the sports minigames — particularly Basketball — are less fun than others, and the Bowling isn’t as much improved from the original as one might have hoped.

Verdict: Highly recommended, particularly if you have kids, but even if you don’t. Couples may find the Swordplay duel minigame to have therapeutic value, in that you can beat the tar out of each other without any actual pain being inflicted. 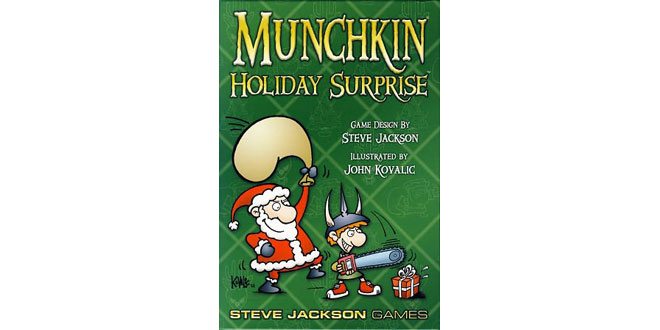 Ho, Ho, Ho — You Better Watch Out … Holiday Surprise Is Coming to Town