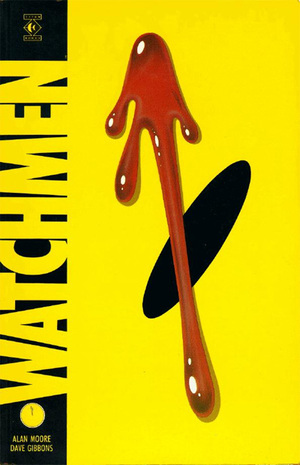 Now that it’s been a week since U.S. District Court Judge Gary Feess announced that 20th Century Fox had some rights to the upcoming Warner Brothers’ film adaptation of Alan Moore’s Watchmen graphic novel, I’ve had some time to reflect on what it all means and what the future might hold for this film.

The ongoing legal controversy, basically comes down to the idea that Fox originally purchased the rights to develop Watchmen, but never acted on it. The project bounced from studio to studio until Warner began creating the movie that’s set for release in March 2009. Fox says it still owns rights to distribution, Warner says no. Of course, there’s a good deal of money involved – what Fox has already invested and what Warner has at stake. David Poland does a good job of explaining the reasons Fox brought their lawsuit.

But what does it all mean — Will there be a drawn out legal battle? Will the movie ever come out? The answers to those two questions are probably and definitely.

First, the Christmas Eve ruling is just a preliminary finding, with a more detailed explanation due soon. If an injunction is issued, settle in – it’ll be a long fight. But there’s plenty that Warner can appeal on, too. However, the buzz around this movie is pretty big and this goose is too fat for either side to give in quickly. So the legal departments will likely be putting in some long hours over the coming months.

Still, Warner is interested in getting this film to market and as quickly as possible. They’ve already spent a reported $125 million getting Watchmen made. They are interested in recouping that money as soon as possible and don’t want that money tied up for too long – especially in this economy.

But ultimately, the movie that movie director and comic aficionado, Kevin Smith, called *ahem* "astounding" will be shown. Maybe not in March, maybe not even in 2009. And that’s OK. As long as the movie isn’t changed from its "faithful translation", I’m not overly picky about when I see it. (Although I would like to see it today, right this very minute. Zack Snyder, please send me a copy for professional reviewing purposes!) In the meantime, I’m gonna dust off my book and give it another read.

Comics Spotlight on Warlord of Mars