My wife has never thought of herself as a geek. She definitely wasn’t a geek when we met, but she was smart enough and had a quirky enough sense of humor that I saw the potential for future geekhood. I’ve been working on gradually helping her inner geek blossom since before we got married, and I believe I have finally succeeded! My wife is less certain of this, as you might expect, so I present to you, the GeekDad readers, the six pieces of evidence I’ve gathered over time that she is indeed a full-fledged geek: 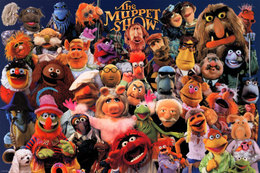 1. Muppet references, and their importance in romance – My wife was a huge Muppets fan before I met her. That alone is not enough to make her a geek. But she has admitted to me that one of the things that convinced her I was worth seeing again was that, on our first date, she learned that I knew the punchline to "Good grief, the comedian’s a bear!" (The story of how she learned this is less interesting than you might imagine.) I contend that seeing somewhat obscure knowledge of "The Muppet Show" sketches as evidence of fitness for romantic involvement is itself evidence of geekiness.

2. Love of "Firefly," Serenity, and Dr. Horrible’s Sing-Along Blog – I started watching "Firefly" when the first episode aired on TV. I can’t recall if she started watching then or came in an episode or two later, but it wasn’t long before she loved it as much as I did. She and I were equally disappointed when it was cancelled, and thus equally elated when the movie was announced. I remember talking about the things we’d read about the movie, she in Entertainment Weekly and I online. And I remember how into the movie she was when we saw it, gasping audibly when the major character who dies near the end was 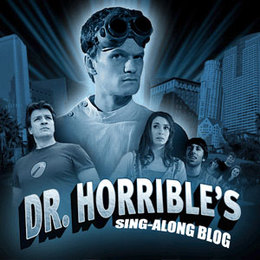 killed. Then this past summer we both watched each part of Dr. Horrible’s Sing-Along Blog and loved almost all of it (neither of us was too wild about the ending). She’s a complete Joss Whedon convert, looking forward to Dollhouse just about as much as I am.

3. Love of "Heroes" and "Eureka" – She didn’t think she’d like "Heroes" because she’d never been very interested in comic books. But I started watching it, of course, and she started paying more and more attention when it was on, and gradually became addicted to it. She’s caught some of the inconsistencies in the show before I have, which I think earns her serious geek points. As for "Eureka," we’ve been watching it together from the start, and she enjoys it a lot. Watching any show on the Sci-Fi Channel, I think, earns geek points, even if that show isn’t "Battlestar Galactica." 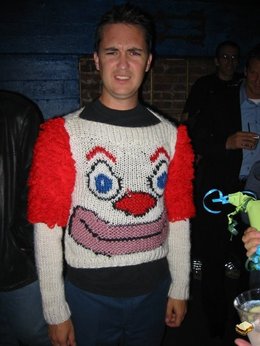 4. Reading and enjoying Wil Wheaton’s blog and books
– I don’t remember my wife’s exact response when I mentioned I read Wil
Wheaton’s blog regularly years ago, but it was decidedly disinterested.
She knew who he was, but she identified him only as Wesley Crusher and
Gordie Lachance. So I started reading her the occasional post of his, when I would laugh out loud at something he wrote and she would ask what was so funny. And she started reading his blog, too, though only occasionally. Then I bought Dancing Barefoot and, after finishing it, gave it to her to read. She loved it, and has been a huge fan of Wil’s ever since. She read Just a Geek before I did, even, and devoured The Happiest Days of Our Lives the moment I finished it. Last week, she was just as excited to watch Wil’s episode of "Criminal Minds," a show we’d never watched before, as I was (we both thought he rocked, btw). Now, I’m sure Wil has some readers who aren’t geeks, but I’d be willing to bet that they’re in the minority, especially among his biggest fans.

5. Loving Jonathan Coulton and Paul & Storm – I introduced my wife to Jonathan Coulton‘s music earlier this year, and she loves it.
She even made sure to play "First of May" in the car on May 1, though of course not when the kids were with her. And so when, several weeks ago, Coulton tweeted about the Paul & Storm concert coming up right near us, she was as interested in going as I was (yes, she was following JoCo on Twitter, and yet claiming not to be a geek). So we went, and she was quite literally laughing until she cried, admitting afterward that she hadn’t laughed so hard in ages. Paul & Storm are at least as geeky as Jonathan Coulton, and in some ways possibly more so. 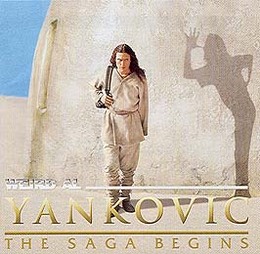 6. Singing Weird Al’s "The Saga Begins" from memory – There’s no coming back from this one. We were in the car with the kids, and my son said something about the plot of Star Wars: Episode I, which he has yet to see. My wife corrected him by reminding him of the
Weird Al Yankovic song "The Saga Begins," which my son has heard and loves, and sang a whole verse of it from memory. I sang along a bit, too, and then when we finished looked at her (she was driving) and said
"You know you’ve just proved beyond a doubt that you’re a geek, right?"
And she grudgingly admitted that, yes, it’s pretty hard to sing a Weird
Al song about a Star Wars movie and continue to claim not to be a geek.

Despite that (in my opinion) iron-clad evidence, and despite admitting that she’s done some undeniably geeky things, she’s still not self-identifying as a geek. She’d gotten used to, and even been proud of, being a GeekWife—that is, the wife of a GeekDad—but I guess she’s not quite ready to be a GeekMom. What do you think? Think she’s crossed the line into full geekhood? Any good stories of your or your significant other’s progress toward geekhood? Please share them in the comments.

A Family Visit to the Brown v. Board of Education National Historic Site