What really happens when a person gets punched in the face or you get hit by a water balloon or when a piece of raw chicken is blown up?
These ordinary events (except maybe the exploding chicken) reveal some extraordinary hidden attributes on one of Discovery Channel’s newest shows, Time
Warp, where an amazing, unseen world comes to light through high-speed digital photography. 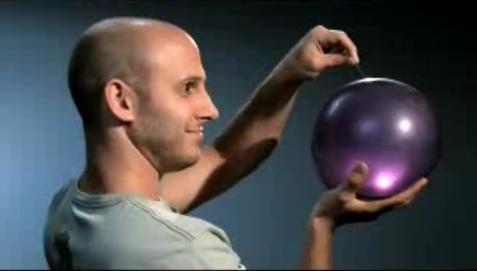 Premiering tonight, October 15th, with back-to-back episodes at 8pm and 8:30pm Eastern time, host Jeff
Lieberman, an MIT teacher and scientist, will use the super slow-motion cameras to compare what we see and what really happens underneath the human eye’s ability to process the visual world.
Jeff’s background is a good one for GeekDads – he loves LEGO, he has degrees in Math and Physics, and works in MIT’s Media Lab as part of the Robotic Life Group.  He loves both art and science, and from the clips I’ve seen of Time Warp, this comes through. 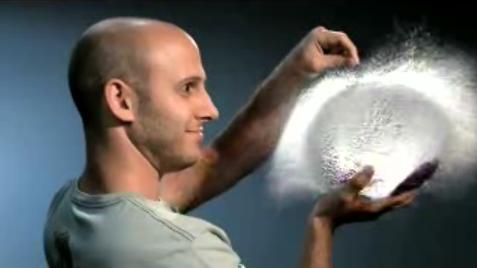 Originally the behind-the-scenes guy, Matt
Kearney, has become an on-air addition to the show.  Matt is one of America’s experts on high-speed digital imagery.  He’s worked on movies, commercials, and TV shows.  His on-camera appearance came from volunteering to lap up water like a Labrador Retriever.

The show’s style comes across informal yet informative – the cameras capture the set-up of the event as well as other parts of the Time
Warp lab.  Jeff has the ability to bring the technical into the realm of the every-day, clearly explaining different aspects of the project the team is working on.  They love their tech but also love exploring what’s really going on and only visible when warping time.

The first episode will feature high-speed cameras capturing a martial arts expert breaking stone slabs (and the impact to his body), taking a hit to the stomach, the infamous Diet Coke/Mentos reaction, and watching a Frisbee-catching dog.  In the second episode, the Time
Warp team gets together with Tom Dickson (of “Will it Blend?”
fame) to capture the blending of a butane lighter, they film a juggler who practices his craft with chainsaws, and getting the secret to the bar trick of breaking a beer bottle only using your hands.

So far there are details on eight episodes of the show – each one mixes unusual and ordinary activities to go through their time warping.  Discovery also has Time
Warp forums where people can submit ideas for future episodes.
Ideas include: melting things in a microwave, underwater explosions, or cats capturing something in mid-air.  I’m sure the GeekDad crowd could come up with some great ideas as well.

Based on what I’ve seen and what I’ve read, this is one I think the kids will like.  If you watch the show, come back here and let us know your thoughts (and what your kids thought).

Here are a couple video clips to enjoy before the premiere: