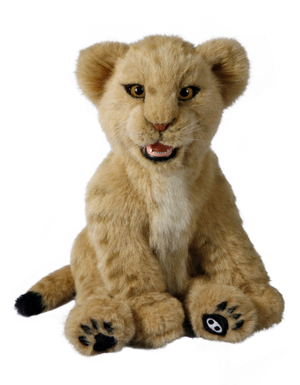 Someday, we may all have artificial animals as pets. In countless science fiction epics, extinction has paved the way for robotic companions. Think of Blade Runner, with snakes sporting serial numbers on every scale and real owls so precious that even a billionaire can’t afford them. In the original Battlestar Galactica, the requisite annoying kid Boxey even gets his own robot dog, Muffit II, after the original is wasted by the Cylons.

Well, fortunately we’re not yet beset by mass die-offs or robotic insurrections, but you can still get a robot pet. Case in point, the WowWee Alive Lion Cub — basically a stuffed animal with preprogrammed sound and motor effects activated by a myriad of sensors.

When I brought the Alive cub home, my 3 kids instantly fell in love with it. After a lengthy argument, they named it Hallow-Kitty — not because there’s anything vaguely halloweeny about it, but because it’s October. Go figure. Rosie, 4, pulled out one of her dresser drawers and made a bed for Hallow-Kitty, complete with a pillow and blanket.

One thing that sets the Alive Cub apart from such animatronic rivals as the FurReal and Furby is how closely it mimics a real cat. It has plastic bones that can be felt through the fur and it’s programmed to respond like a real cat would, with touch sensors along its head and spine, triggering purrs when stroked or cradled. There is even a tilt sensor inside, triggering a yowl of protest if it’s handled in a rough manner. The cat’s eyes and mouth also animate, approximating the facial expressions of a real lion cub. Obviously it would not be confused for a real animal by anyone, even a toddler. However, its response to physical affection instantly struck a chord with the kids.

The Alive Cub doesn’t have a remote, instead, it responds solely to the touch and tilt sensors. Interestingly Rosie was not at all bothered by the off switch hidden under a flap of fur. She quickly found it and figured out how to toggle between normal mode, demo mode and off. For her, the animal was still lovable and cute even if it was blatantly a toy. She’s even willing to turn it off if its growls and purrs start to annoy Dad.

One advantage to being self-contained is that it’s great for smaller kids who might instantly destroy a plastic toy. Between the cat’s realistic physique and its protests when mishandled, even a small kid treats the cub with care. And when it finally breaks or ends up at the bottom of the toy bin, it promises tantalizing hacking opportunities for GeekDads and Moms.

(If you don’t like the lion cub, they also offer functionally identical alternatives: a Panda, Polar Bear and White Tiger)

Previously on the GeekDad Blog: 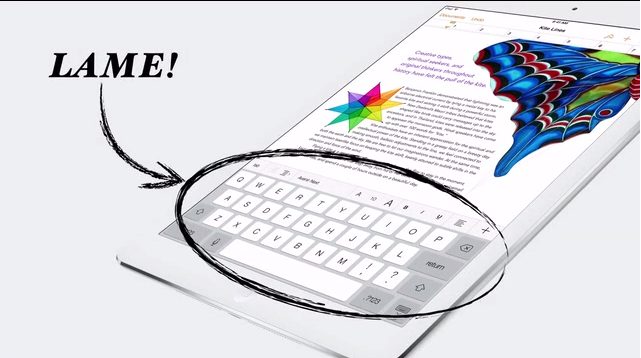 Check Out This Cloud, You Should