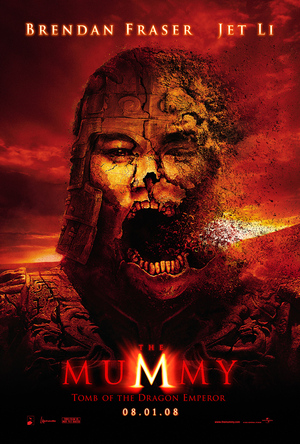 The first Mummy movie was a rousing pulp adventure, giving us Brendan Fraser at his wise-cracking best as the slightly bumbling rogue Rick O’Connell.  It also gave us the beautiful and talented Rachel Weisz as the heroine, Evy.  By the end, a Mummy had been vanquished, the guy got the girl, they ALL got the money, and everything was grand.

Then they did a sequel.  It wasn’t as good as the first, but it was still fun.  Rick and Evy were married, had a precocious 10 year-old kid, and a cult revived the original mummy for more mayhem.  Not bad.

Now there’s a third installment, The Mummy: Tomb of the Dragon Emperor, and the tomb is full of trouble.  First, let’s talk casting.  The original Mummy movie was a scant nine years ago, with the sequel two years later.  This time around, Rick and Evy’s son (he was ten in the sequel, only seven years ago – two years after the first movie), is all grown and out digging things up himself.  He’s played by an actor who is 27 years old, and looks every year of it, making all the tender father/son bonding moments just a bit creepy, since Brendan Fraser still looks like he’s in his  thirties (for the record, he’s just 13 years older than the actor playing his son).

They’ve also replaced Rachel Weisz, whose chemistry with Brendan Fraser helped make the first two movies, with Maria Bello as Evy O’Connell.  It just doesn’t work.  The accent is all wrong and the chemistry is flat.  It kills that whole aspect of the movie.

The backstory pretty much rips off the first movie, setting up an ill-fated love triangle between a powerful leader and two of his minions, one of whom has powerful magic, which ends up in the big bad being cursed to the realm of the undead.  One of our heroes inadvertently helps free the "mummy" (we use quotes, since no undead in this film were actually embalmed and wrapped in cloths), and everyone has to band together with the help of some mysterious locals who have been watching and waiting for bad things to happen for thousands of years, to save the day.

Of course, at heart this is an action movie, and there’s plenty of that.  Harrowing landings in the Himylayas, fights with Dragons, and battles between undead armies allow for plenty of CG fun, and that’s where the movie works (the three 8 to 10 year-olds we took enjoyed the heck out of it).  But one fight scene between Jet Li and Michelle Yeoh was not enough to make up for the gaping story problems. The Mummy: Tomb of the Dragon Emporer is a poor third installment to the Mummy series. 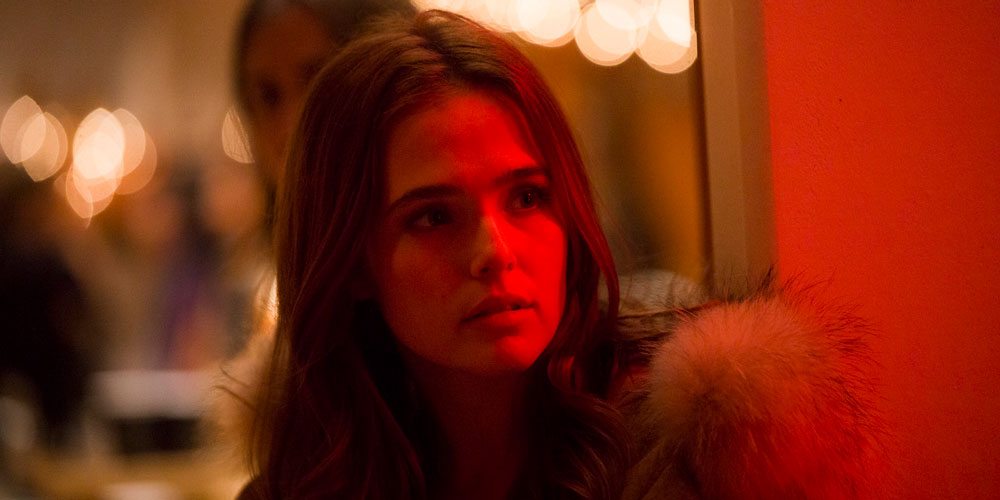