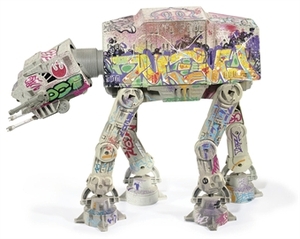 Next week’s Pop Culture event at the New York office of famed auction house Christie’s will feature a staggering array of collectibles for fans rabid (read: geeky) enough to pony up considerable coin to procure such memorabilia. Lots include everything from pieces of James Gandolfini’s wardrobe from The Sopranos to Jim Morrison’s mugshot from his infamous 1969 post-concert arrest in Miami.

Among these items there are a number of particularly nerdy niceties, chief of which is the Suckadelic Graff-AT. Customized by Miami graffiti artist Ease and Brooklyn tattoo artist JK5 under the direction of custom figure maker and nerdcore MC Suckadelic, it features tagging in the Aurebesh script for that authentic inner city Empire feel!

The Sucklord, as he is also known, has a number of his own pieces up for auction, including this highly stylized Darth Vader with a Wookie Jheri curl. You can check out the rest of his superlative (if occasionally explicit) work on both the visual and aural fronts at his official web presence, and learn more about his music in the Nerdcore For Life documentary currently making its rounds in the festival circuit. 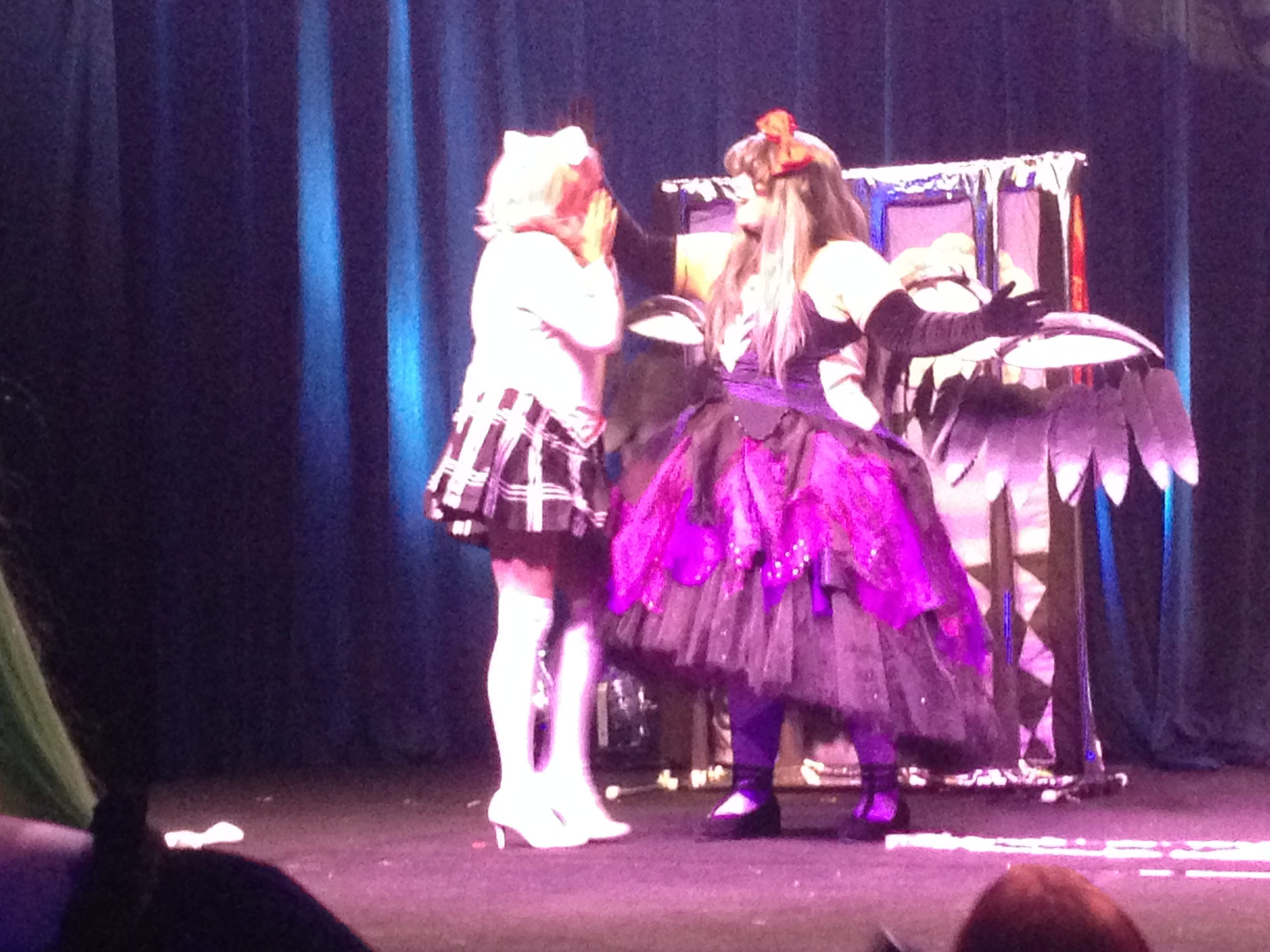