My first glimpse of Indiana Jones Lego was during the Second episode, the dreaded "Temple of Doom."  I came into the game late.  GeekMom decided to surprise them with the game and they played for hours before I got home.  The boys had already whipped and screamed their way through Raiders of the Lost Ark and were stuck in a Shanghai hangar trying to fix a plane or open a gate or something.  The whipping I expected, but screaming? 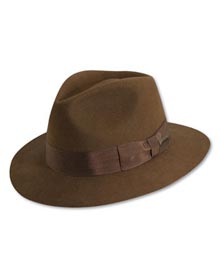 Girls are the Jar-Jar Binks of Indiana Jones Lego, they can jump higher and Willie can scream to break glass.  But, she’s tough in a fight and can solve puzzles so not completely stereotyped.

The boys have many hours under their belts in Lego Star Wars and the familiarity helps in navigating Indy.   The rewards are still Lego studs, the environment is still highly destructable and characters have interesting skills needed to solve puzzles. The boys enjoyed the new challenges and puzzles, especially those that require them to remember the pattern and punch it in.

I quizzed them on how well they liked the game.  After we got past "Great" and "Super Great," they told me that the rolling stone in part one was tough, forcing you to start over at the beginning of the tunnel if "the boulder smacks you".  They haven’t yet figured out how to escape the hangar in Temple of Doom, so they moved on to The Last Crusade.

We’d give this 4 Arks out of 5. Familiar gameplay, fun levels to decipher and new characters make it worth exploring.  It is playable even when they haven’t seen the movies (We’re skipping the Human Sacrifice scene in Temple of Doom  for a few more years).

The game doesn’t offer as much depth as the Star Wars Lego games, won’t take as long to complete and, as in Lego Star Wars, there is lots of Lego mayhem.

What are your reactions to the game? Did you buy the game because of Indiana Jones nostalgia or because of Lego Star Wars?

Update:  Thanks to Commenters Xavier and Squiffy for the tips!

Paint the Line: In Soviet Russia, Ping-Pong Plays You