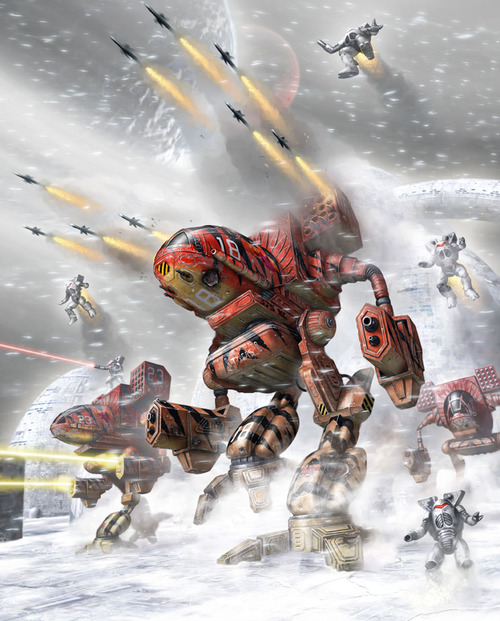 Science fiction storylines featuring giant robots have been huge since the ’80s — think Voltron or Robotech. It was only natural that a phenomenon that excited so many nerds would spawn at least one roleplaying game — actually there were several, R. Talsorian Games’ Mekton and Palladium Books’ Robotech were notable offerings.

In 1984, roleplaying game company FASA created the BattleTech tabletop miniatures game allowing participants to act out giant robot battles. Then came the novels, and eventually rules were created allowing participants to roleplay the robots’ drivers — called MechWarriors in the BattleTech universe. Over the years, the game universe evolved, eventually forming a millennium-long timeline whose complexity rivaled scifi epics like Star Trek. Supported by corps of loyal fans and a dedicated development team, by 2000 FASA had published dozens of novels and multiple sourcebooks and spinoffs, earning them three Origins Awards.

Then FASA folded. It was in the depths a slump in the RPG industry, and companies were dropping left and right. Would the mecha finally meet their end? Happily no — the rights were acquired by WizKids, Inc., which licensed them to Catalyst Game Labs (which also publishes the Shadowrun game.)

I recently had the chance to play with the Classic Battletech Introductory Boxed Set, which as the title suggests, serves as an elegantly self-contained way of getting started in such a vast setting.

Strap yourself into the ultimate suit of armor: the BattleMech. Thirty feet tall and weighing up to a hundred tons, this humanoid engine of destruction is a walking arsenal with enough firepower to level a city block. The Classic BattleTech game system takes you into the world of the 31st Century, where war has become a way of life. You are a MechWarrior. You are in command of the most powerful machine on the battlefield, and hold the fate of empires in your hand! 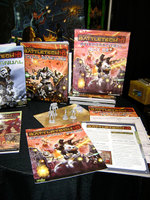 The set contains character sheets, an 80-page core rulebook, two handy reference cards with game tables, and two maps that double as game surfaces. For the impatient, a quick-start booklet can get you blasting in no time. Also, like a lot of games involving miniatures, part of the fun is to paint them. The Classic Battletech boxed set comes with a whole mess o’ minis and a painting guide, giving you ample opportunity to decorate your own force. But you don’t need to paint your figures to get started. With the quick-start rules, which present the combat system in elegant simplicity, you can be blowing up robots literally within minutes.

The simplicity of the system combined with the ability to ramp up to pretty much any level of complexity — combined with the amazing background borne of dozens of novels and supplements, ensure this game many more years of success.

iHog and Black Bird: 2 Speaker Docks Worth Considering For Your Music Loving Kid