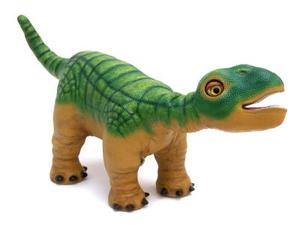 For those of you out there who succumbed to the siren’s song of the cute, even cuddly, dino-robot Pleo as a GeekDad programming project to share with your kids, here’s an important update: Ugobe (the makers of Pleo) have released an update to the software that adds even more hackable fun.

Pleo’s software update 1.1 will continue Pleo’s personality evolution, making him more animated, interactive, and expressive through a wider range of responses, motions, and sounds. As an FYI, this update will only be available at first through an SD
card. Based on the high demand, UGOBE wanted to release the software to consumers as quickly as possible. Windows and Mac versions of the update for download via USB will be available within the next few weeks. Also, any previous downloads—Holiday, Love-struck—will need to be re-downloaded in new versions for compatibility with the update. My Skit and
YAPT for 1.1 compatibility will be available in the near term future.

Here are some of the new features you can expect to see with this update:

Software updates are free and Pleo owners can easily download the updates at http:/www.pleoworld.com/shadow/updates.
The file can then be transferred to Pleo using an SD card.

Me, I’m still waiting for someone to program a herd of these little guys, and recreate key scenes from Jurassic Park with them.  Check out all about the little machines at Pleoworld.