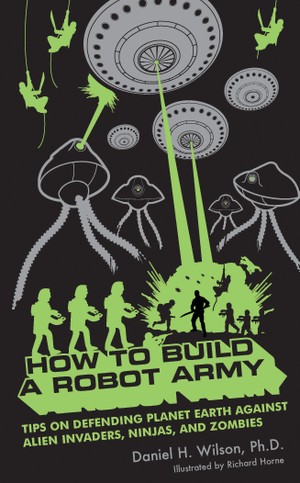 A couple weeks ago my GeekTeen, John, age 15, asked if he could blog a review of roboticist Daniel Wilson’s two books. We checked and found Wilson had just published a new volume — which gave me a great excuse to interview him too! He says he’s gotten a lot of positive response from parents and kids (including Wired.com’s Chris Anderson, whose kids sent him drawings inspired by his previous book).

You can read my Times Union interview with Wilson for the next week. And here’s John’s review:

You’ve all seen movies where aliens come to wreak havoc in cities or Godzilla terrorizes Tokyo,and the poor, weak humans have to fight them. But what if we had robots on our side? Almost nothing can stand up to those powerhouses (except other robots of course). But how to make an army of robots? You buy this book.

How to Build a Robot Army is written by
Daniel H. Wilson, who has a degree in robotics and has written two books before this one. (How to Survive a Robot Uprising and Where’s my Jetpack?)
In this book, he tells you how to build a make-shift army using Roombas, Furbys and other household robots. The first part of the book is a crash-course in robotics: how to modify them for battle, what types there are, how to put weapons on them, and more. It also explains how to upgrade humans for battle
(such as suiting them with exo-skeletons or swallowing a pill infused with microbots). Next is a lesson in robot training, such as how to make a robot team and how to tame walker robots. The final section is a list of famous movie monsters (Godzilla, the Wolf Man, zombies etc.) and what robots you can send against them.

What did I think of it? It’s a very good book, though it sort of contradicts Robot Uprising since after you use the robots to do the dirty work, the robots will most likely turn on YOU. Looking past that, there are a few things I thought were cool. Artist Richard Horne’s style of cut-and-paste drawings have improved since the earlier books. The book also doesn’t get over-technical about robots, making it easier for younger readers to enjoy it.

So, I say buy this book. It’s educational and humorous, and has almost no practical use in everyday life … up until the aliens, ninjas, and zombies show up that is.

John Ceceri’s chemistry education is recorded by his mom Kathy at Home Chemistry. 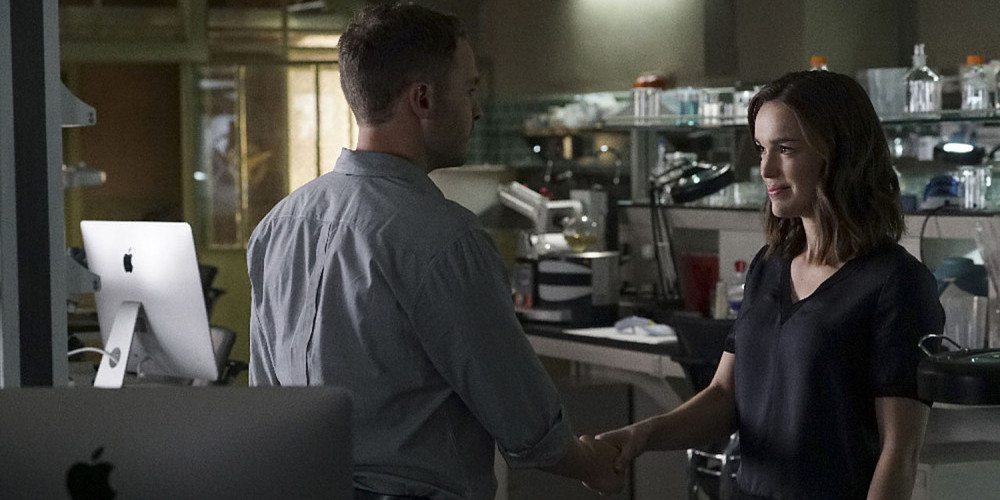