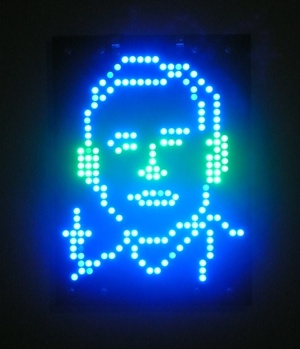 Do not meddle in the affairs of geeks, for they are subtle and will get even.

To celebrate the anniversary of the Boston Panic, certain persons of a geeky repute have set up mock LED boards with caricatures of Bush, Zebbler and Bin Laden flipping passers-by the bird. Apparently small stickers inform panic-prone authorities that the boards aren’t bombs. Phew!

Green Arrow and Black Canary Headed to CW in the Fall

Travel Through Time in Legacy: Gears of Time