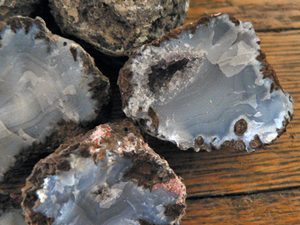 I know, I know. A geek Christmas is all about the hi-tech gadgets and games: the DSes, the Wiis, iPhones, Guitar Heroes, and such, but I like keeping the kids grounded in some way – especially when they are still this young (9 and 4.5). This Christmas, in addition to other loot, I went farther toward the opposite end of the tech spectrum as possible – about 90 million to a couple of billion years farther.

The jr. paleontologist (4.5) received two fossil spinosaurus teeth and he couldn’t be happier. They are the first thing he mentioned when the relatives asked what Santa brought. 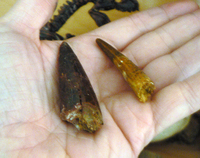 My daughter no longer believes in the big red cheese and his late night prowling so it is getting harder for her to "be good for goodness sake." Several times I threatened: "don’t be surprised if ‘Santa’ brings you a bag of rocks this year."

So I came through and gave her a bag of rocks. And they are shaping up to be one of the best Christmas gifts ever. The bag contained about 50 small geodes, a hammer, and a rock and minerals guide. 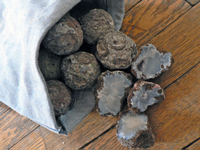 The first thing she wanted to do was go outside and crack some open. The little nodules are like tiny Christmas presents: you never know what you will find until you open them. So far, most are solid bluish-white chalcendony. We did hit paydirt on one with a dime-sized hollow and tiny fluorite formations. So far, it’s been a real treat seeing her so excited about something so basic.

Fossils and rocks were a gamble, but there is something to be said for getting inside your geeklets’ heads and hacking what will tickle their fancy. Here’s to hoping their sense of wonder will last. 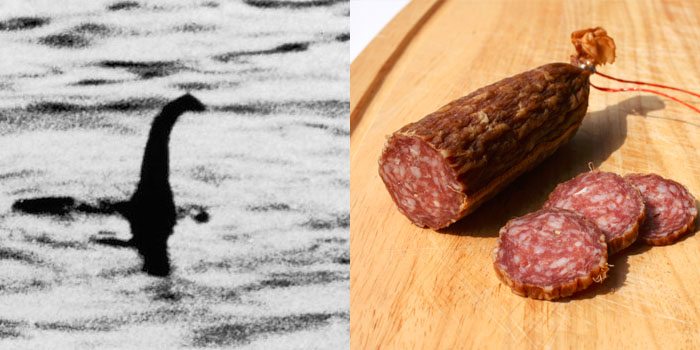