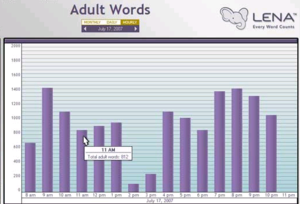 Parenting blog Babble takes a hard look at the gadgets, software and DVDs designed to help your infant learn faster. One in particular is Lena, which is a voice recorder that you put in your baby’s Lena clothing, where its manufacturer says it:

"….identifies and analyzes adult words and child vocalizations, and provides you with critical feedback reports on your child’s language environment. So you KNOW your baby is on the path to success."

It generates lots of scientific-looking charts  like the one at right. The theory, Babble reports, is based on this:

According to a 1995 study done by Drs. Betty Hart and Todd Risley, there is a strong correlation between the number of words a child hears each day and that child’s IQ. A child who hears 8,600 words has an average IQ of 79; a child who hears 30,000 has an average of 117. LENA’s parent company, Infoture, has continued this research for the last five years while developing their system.

Does it work?  Nobody really knows, because IQ is such a fuzzy concept. Babble suspect that it doesn’t do much and that any measured gains can probably be explained by plain old attentive parenting. Or, as they put it, "a parent who is engaged enough to buy a smarter baby product is probably already giving their child the attention he or she needs." 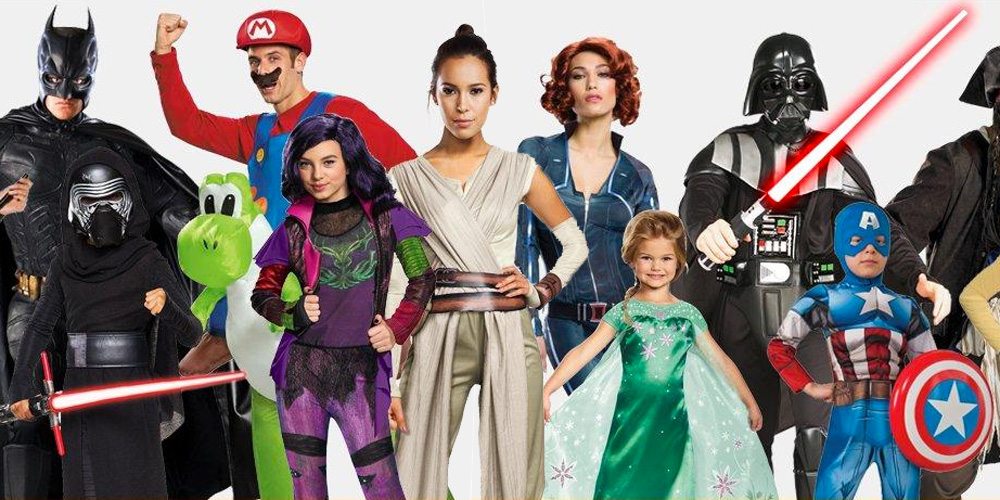