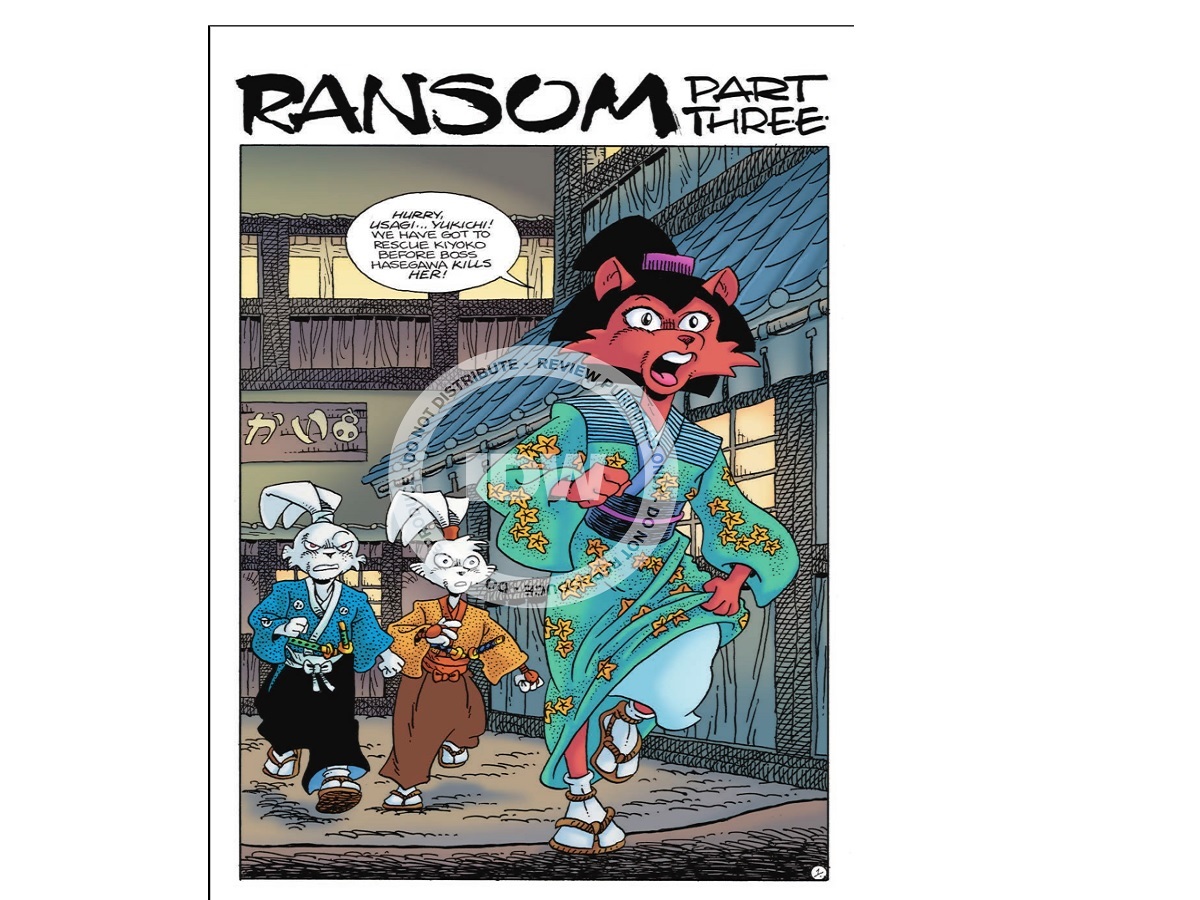 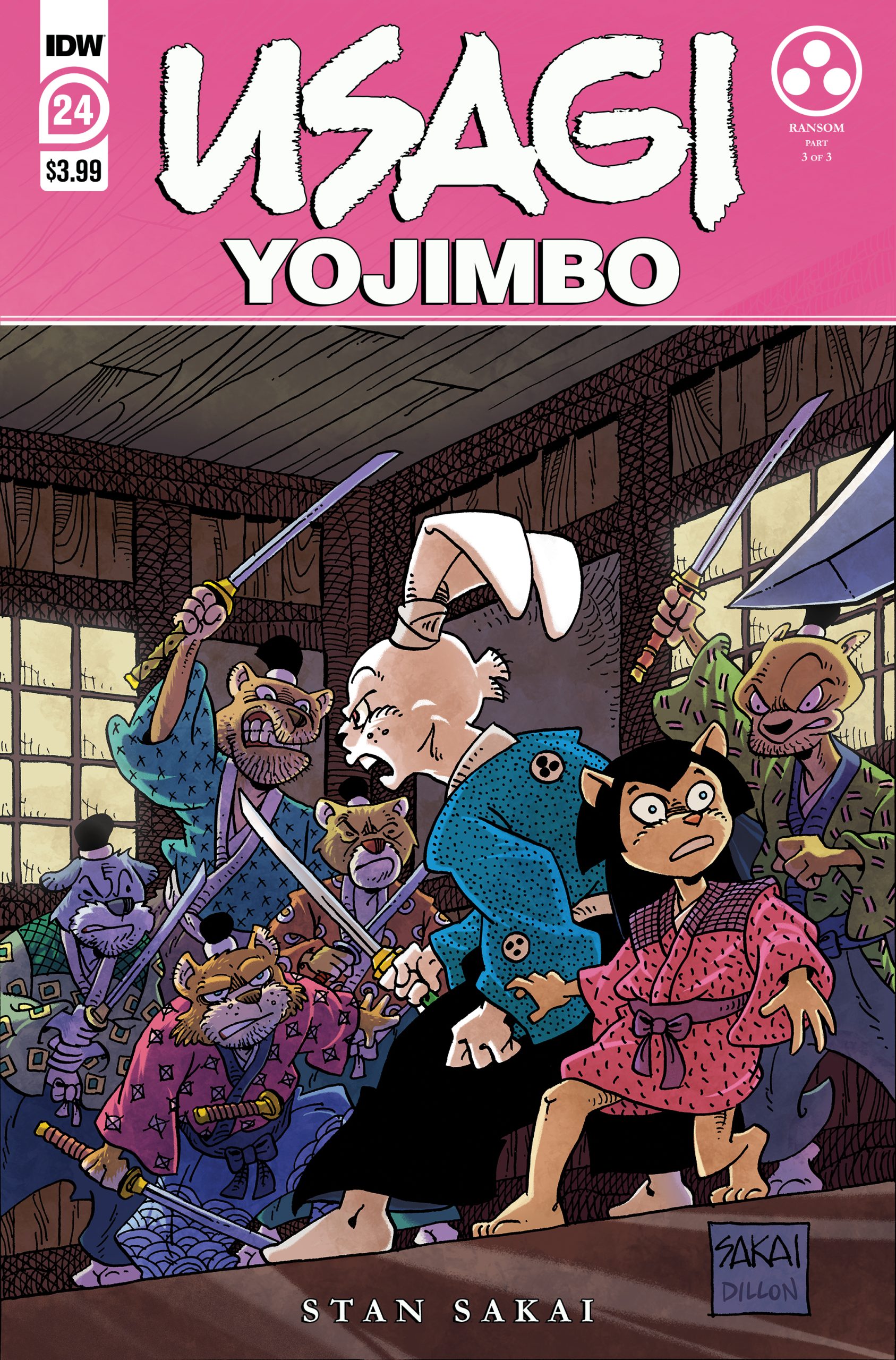 Usagi Yojimbo # 24 Yukichi, Usagi and Kitsune are striving to save Kiyoko from the hands of Boss Hasegawa.

However, the ledger they must trade in order to rescue her has been stolen. Out of ideas, they present themselves to the gang leader′s house, in a mad dash attempt to buy Kiyoko some time.

There is an angle with the chief guard Aoki that Usagi is exploiting very well: as he sees that he believes himself to be a man of honor, Usagi has started to question his allegiance to Boss Hasegawa, in an attempt to stir the moral fibers of Aoki′s soul. Maybe that strategy will pay off; it is well worth a shot.

Once the bluff is discovered, and the snitch appears with the ledger, a battle will ensue; however, in the melee everything will turn out well. 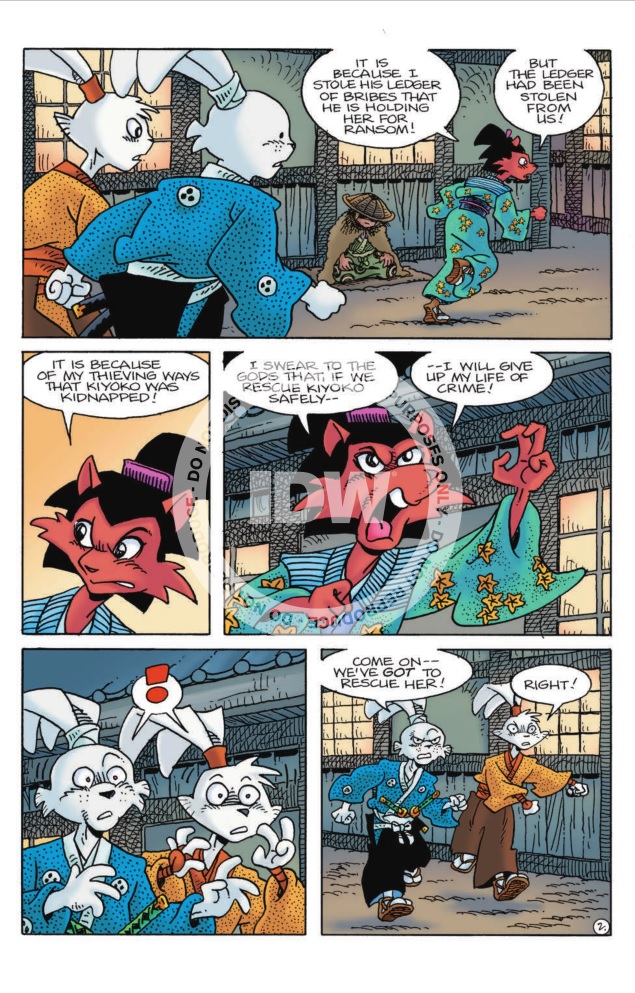 The two little thieves will manage to escape, and would have recovered even more incriminating evidence from Boss Hasegawa. The two cousins will deliver those to the magistrate, but they are so shocked by the fondness of thievery the sisters have, that they decide to part ways and not travel together.

Aoki must now come to terms with himself, because, in the midst of the battle, Usagi′s words have indeed reached his soul, and that would determine the entire outcome of this little adventure.

And Boss Hasegawa has sworn revenge…

There has been an update on the IDW publishing page, some quirks are happening due to the transition, but I expect they things will start to run smoothly soon enough. 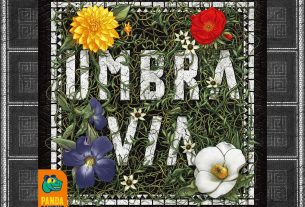 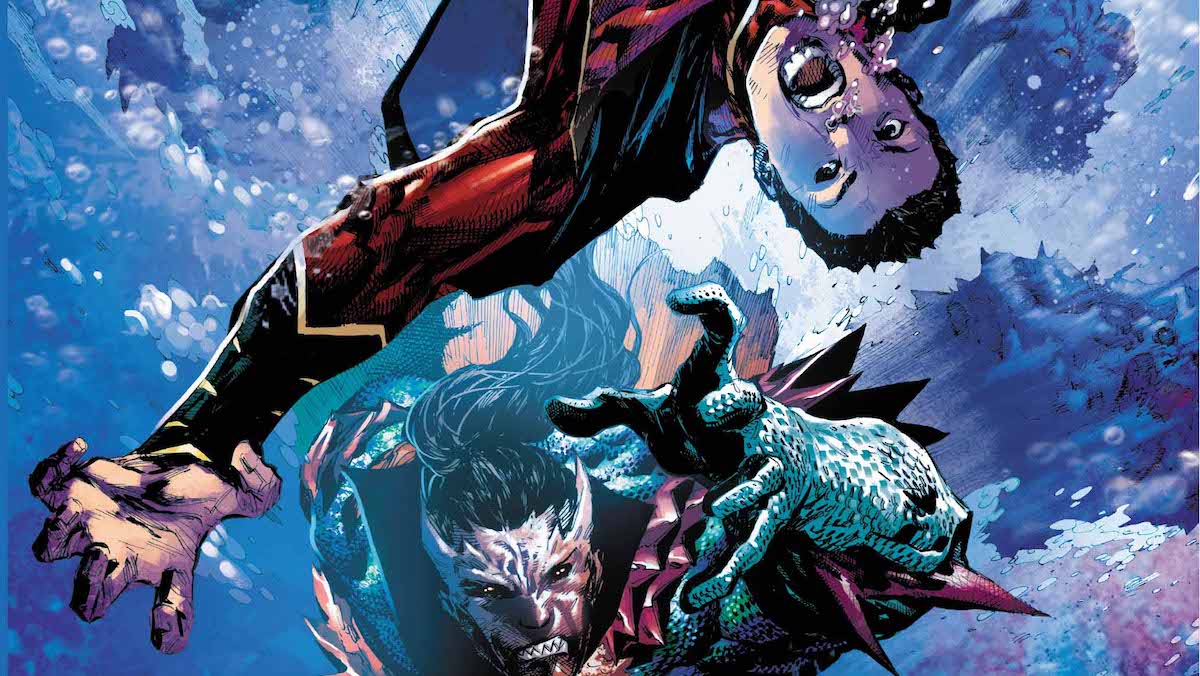