Ray: Unlike The Flash, which covers a lot in several different stories, Wonder Woman #75, its; big anniversary issue, is a hyper-focused tale that delivers a massive battle and resolves most of the loose ends of G. Willow Wilson’s run so far.

It’s a highly effective and thrilling story, albeit dragged down a bit by some of the less interesting recent elements of the Wonder Woman mythos – namely Grail, who was revealed as the main villain of the run last issue and still has never held my interest as a character. It’s the quietest moments of the run that are the best, as Diana is reunited with her Amazon allies and family and particularly her mentor Antiope (who has a longer life here than she did in the movie. Diana is torn between celebrating this reunion and planning for the battle ahead – especially when it’s revealed that Grail has seized control of the rival Themysrican colony and has taken Hippolyta hostage. She’s even picked up loyalists among the Amazons – including Nubia.

I was instantly skeptical of this, because bringing back one of Wonder Woman’s most prominent black characters to make her a villain is not a good look, but I also suspected from the start that Nubia was playing the long game. Fighting a fight you can’t win isn’t necessarily noble if you can save more lives by playing along, and I think Nubia fans will be at least semi-satisfied with what she gets to do here (if more stories with her as the focus are coming).

Grail remains mostly a blank slate of a villain, but Wilson nicely weaves together this story with lingering plots from the Rucka run (including Veronica Cale’s missing daughter) and the reunion between Diana and Hippolyta is the emotional high of the issue.

For the first time in years, the Amazons are back together and this issue has the epic vibe it needs to sell the power of this story. The ending, featuring Cheetah getting her required offer from Lex Luthor, pushes the story forward but doesn’t really add anything to the story itself.

Review—’American Gods: The Moment of the Storm’ # 2: The World Tree 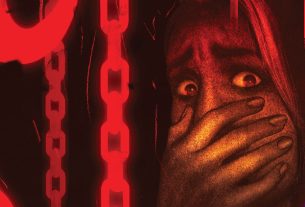