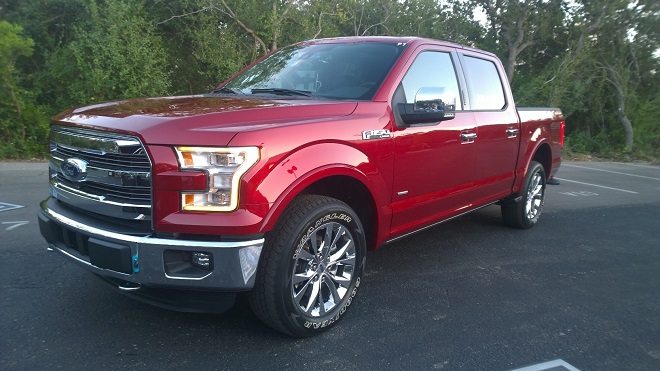 I have never owned a truck because I couldn’t see why anyone would buy one unless they worked in construction or were a cowboy. Those guys, they need one, but me? No, I do not need a truck to haul my kids to school. However, after driving the all-new 2015 Ford F-150, I really, really want one.

Trucks are a big deal in the automotive world, and this one is pretty much the biggest deal of them all. It’s not just the best-selling truck in the United States; it’s the best selling vehicle. Period. The end. So when Ford redid the whole truck this year, people were excited and nervous.

When you’ve got a vehicle like the F-150 in your lineup. you simply can’t afford a fumble. Ford introduced their truck back in January at the Detroit Auto Show, but it wasn’t until now that they invited the press to drive it for the first time down in San Antonio, Texas. I was on this first-drive of the F-150 and it was an incredible experience.

You may or may not know the horsepower on your car, but if you’re buying a truck, there are numbers you’re sure to be looking at before you plunk down your hard-earned cash. The two biggies are towing capacity and payload, and the F-150 has the other guys beat when it comes to full-size pickups.

It can tow 12,200 pounds and haul 3,300 pounds, and it does this with the help of some pretty amazing technological advancements. One of those advancements helps not just with its capability, but with its fuel economy and that’s due to the use of aluminum alloys instead of only steel.

This truck lost an incredible 700 pounds over the previous generation. That is a stunning number in an industry where every last ounce they can cut from a vehicle’s weight is cause for celebration. This means better fuel economy, braking, maneuverability, and handling, all of which become incredibly important when your truck is carrying a load or pulling a trailer.

And, if you’re like most people, you’re thinking about those aluminum cans you can squish under the heel of your shoe and wondering if this is a good idea. Is it safe? Is it strong? Will it hold up under the pressures of daily use? The answer is yes.

They torture-tested this thing over more than 10 million miles, which covered all sorts of scenarios. They had it on their proving grounds, in labs, and even gave it to select customers who they new would, well, beat the heck out of it to see if they could make it fail. They couldn’t. The truck passed all of those tests with flying colors.

The F-150 now comes with four different engine choices, including a new 2.7-liter EcoBoost designed just for trucks. This engine is capable of producing 325 horsepower and 375 lb-ft of torque, which falls in the middle in terms of capability. Most people needing mid-range capability and about 90 percent of those who look for light-duty trucks will find this engine a good fit.

It’s also equipped with start-stop technology that turns off the engine when the vehicle stops, saving you money at the pump. This is one of those features that, in some vehicles, is simply awful. The sound and vibration of the engine turning off and on can be downright jarring, but it was almost imperceptible in the F-150 trucks I drove. Really, the only reason I noticed it was off was the sudden silence, just like driving a hybrid.

There’s also an EcoBoost for those needing more from their truck. The 3.5-liter engine provides 365 horsepower and 420 lb-ft of torque. This one is the monster. It’s also the one capable of the top range in towing and payload and has been tested in the real world with over 500,000 F-150s with this engine already on the road.

Inside, there is a mind-boggling array of trims that take the F-150 from basic truck that gets the job done all the way to something that looks and feels like a high-end sedan with leather trims and wood finishes. And it’s also packed with the latest infotainment and safety technology like a 360-degree camera, blind-spot monitoring with cross-traffic alert, and a lane-keeping system. No matter your needs, there’s a configuration of the F-150 that will be a perfect fit.

And driving the F-150 is something you have to experience. It is a big truck, so if you haven’t piloted one down the road, then your first few minutes will be spent thinking, “Wow, this is big.” That feeling, amazingly, only lasts for a short time, because though this is a big, capable, powerful, truck, it’s also a very well-mannered one.

Handling is smooth and easy, making you forget just how much truck that steering wheel is moving along the road. The seats are also supportive and comfortable, so that even after a full day of driving, there’s no road-weariness or stiffness when you get out of the truck.

I had the chance to tow a 9,000-pound trailer—something I have never done before—and once my heart stopped trying to beat right out of my chest, it was easy. Despite being a lighter vehicle than before, the trailer never pushed the truck, even going downhill. I drove a competitor’s truck right after the F-150 and experienced the disconcerting sensation of the vehicle almost jerking forward when the trailer did push the truck. In the F-150, it simply didn’t happen and the drive was much easier.

It was a unique experience driving the 2015 Ford F-150, with access to engineers and experts that could answer my every question and explain exactly what the truck was doing along the way to make driving easier. They’re running special test drives from October 11 through December 21 in 38 cities, so you can try out the new F-150, too. Pre-register for events or just show up and they’ll be happy to let you take a drive.

You’ll be pleasantly surprised by what the all-new 2015 Ford F-150 has to offer, whether you’re using it to haul heavy loads or just for hauling the kids to school.

All trip expenses were covered by Ford. 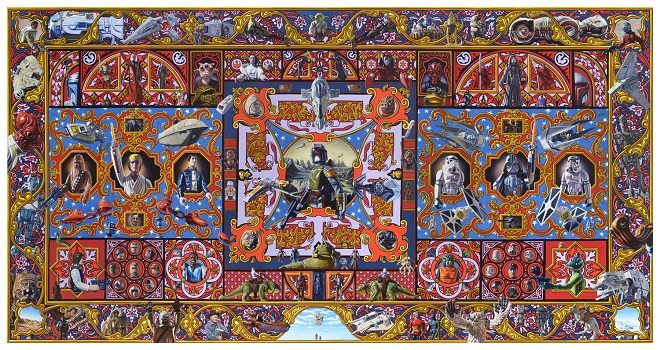 Amazing ‘Star Wars’ Mural Is a Tribute to Vintage Toys

ChargeCard Puts Your Charge Cable in Your Wallet 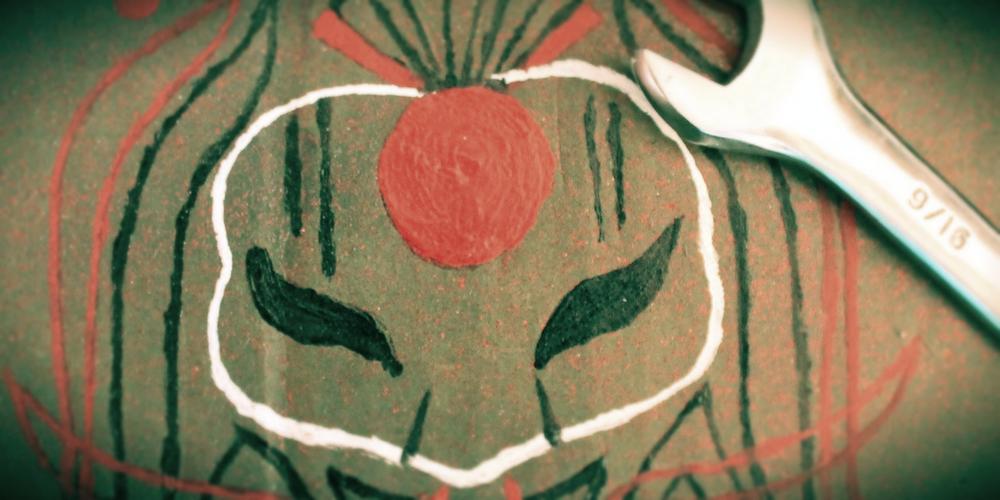 Be the Artist: Who Is Kenny Howard?