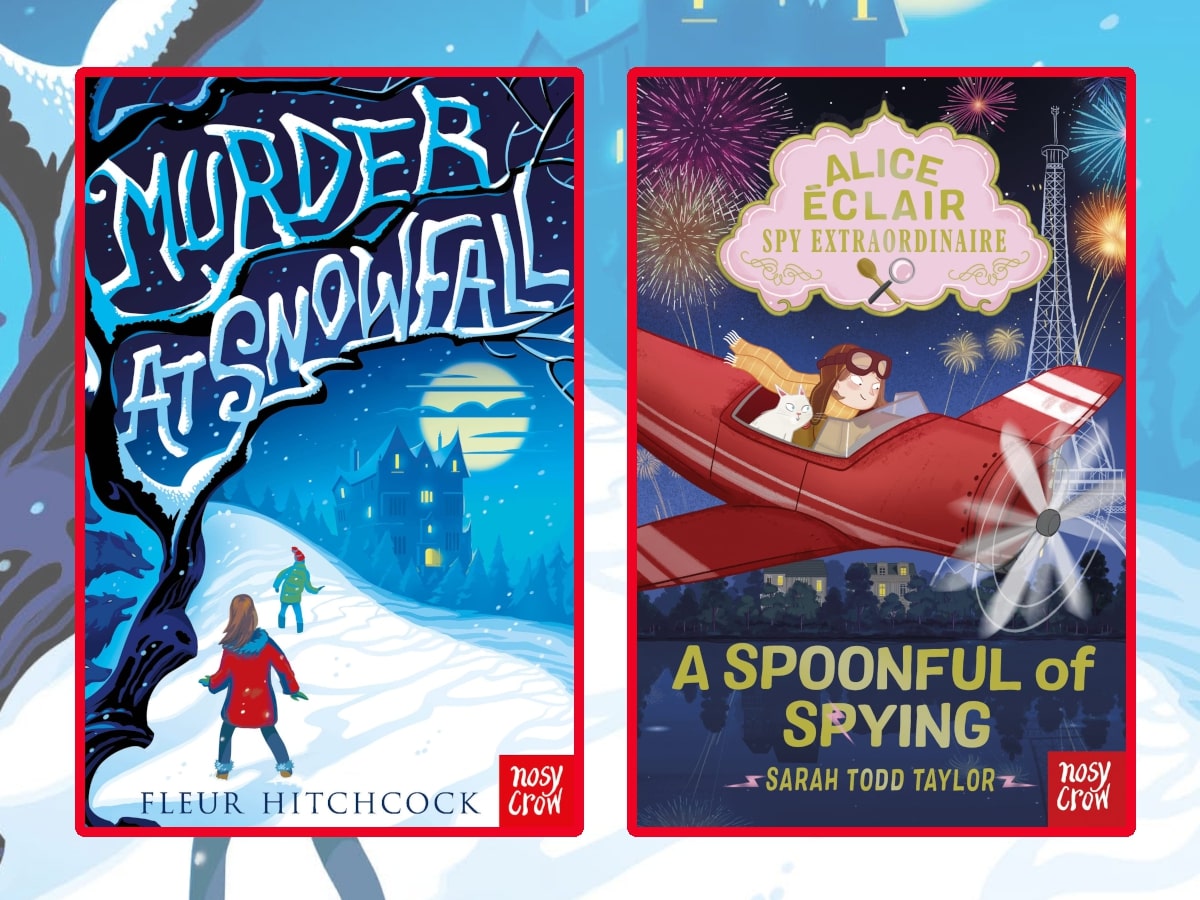 I exulted about the quality of the books produced by children’s publisher, Nosy Crow in our recent “Books of 2022” post. In 2023 I’m back on the reading trail with two Nosy Crow crime capers! A Spoonful of Spying, set in Paris, is the second book in the Alice Eclair series and features some top-level child sleuthing and amazing patisserie. Murder at Snowfall contains no notable cakes but does treat us to a chilly confection of icebound murder.

Why Read A Spoonful of Spying?

As stated above, A Spoonful of Spying is the second book in a series featuring chef-cum-spy Alice Eclair. If you haven’t read, A Recipe for Trouble, check out my review and then pick up a copy of the book, you won’t regret it.

In Book 2 Alice is back in the capital with the Paris Fair about to commence. Events in this series are somewhat out of time. There are no obvious timestamps in the books, but they are clearly set in the build-up to World War II, or at least in a Europe on the brink of conflict. In her afterword, author Sarah Todd Taylor mentions that the fictional fair in the book is modeled on the 1937, “Exposition Internationale des Arts et Techniques dans la Vie Moderne.” An expo lasting 6 months (from May to November) to demonstrate modernity and progress.

In A Spoonful of Spying Alice uses her patisserie skills to gain access to the fair, enabling her to keep an eye on events inside the expo. French agents are going missing, and there is intel that top-secret plans for a new type of aircraft are at risk. The fair has a large area dedicated to flying machines and it’s from here the plans will be stolen. Alice’s job, however, is to find out information about the missing agents. To do this she has to infiltrate the fashion show. 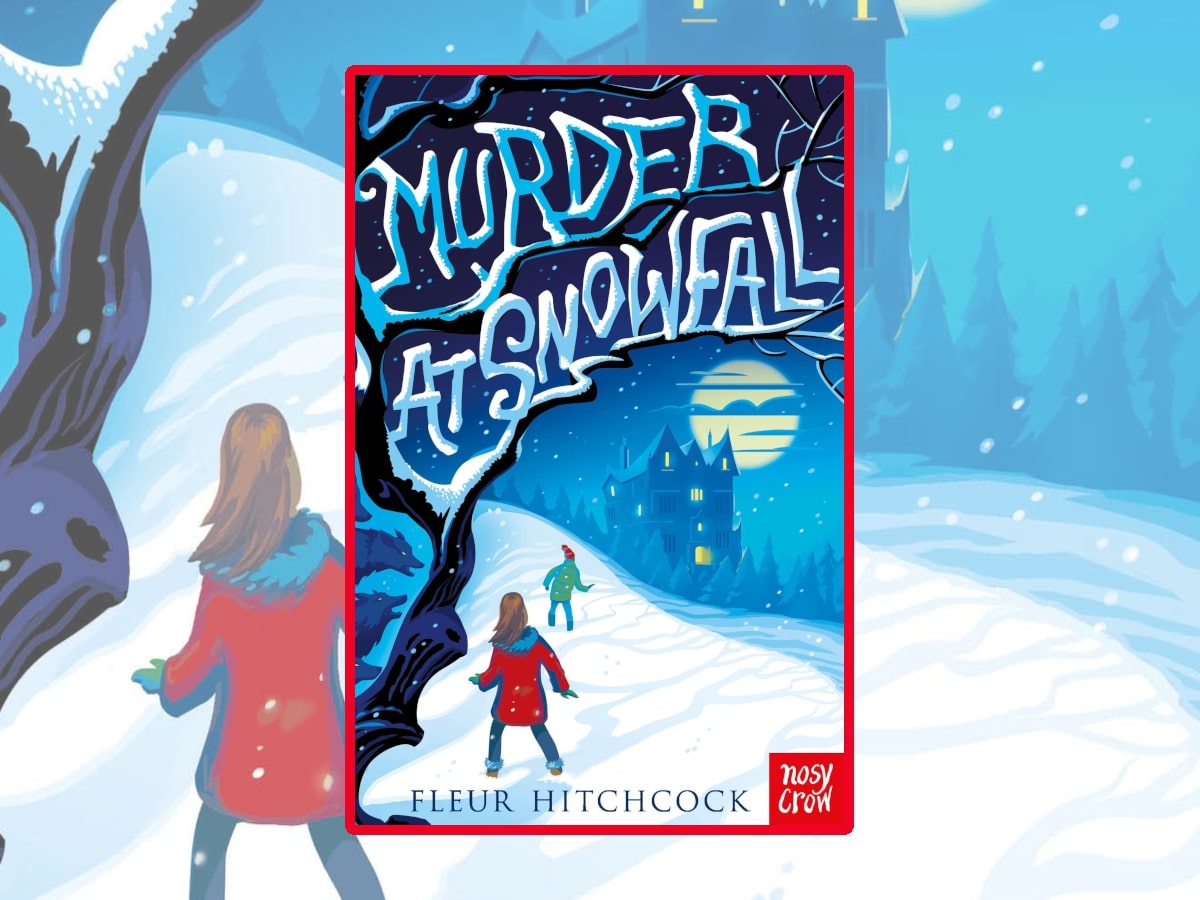 At the fashion show political and industrial espionage dovetail. Before more agents go missing Alice must sift national traitors from those who are merely out to steal dress designs. Inevitably, the missing agents and the bid to steal flight technology are linked, and, before long, Alice finds herself in the aviation hangar, trying to figure out what joins them together.

Once again, Sarah Todd Taylor treats her readers to are tightly plotted thrill ride. Alice is a likable character and the set pieces in the novel are entertaining. I very much enjoy the setting too. Following on from events in book one, France is on the brink of conflict. This knowledge sits in the background but never overwhelms the light tone that Alice and her cakes bring to the escapade. The books also have great female representation. The heroes of the hour are young girls trailblazing in a man’s world.

I’ll definitely be looking for more Alice Eclair novels in the future.

If you’d like to pick up a copy of A Spoonful of Spying, you can do so here in the US, and here, in the UK.

Why Read Murder at Snowfall?

Murder at Snowfall is aimed at older children than Alice Eclair. I’d say around 11 upwards. It’s a darker affair, that involves the children in the story finding a body wrapped in a garbage sack, stuffed in a filing cabinet. The description isn’t graphic, but such an image is potentially the stuff of nightmares.

The story takes place in Bath, UK, just before Christmas. January, therefore, might not be the best time to review this book! There’s lots of snow too, making it a good winter read; Christmas doesn’t weigh too heavily on the story, but snow and ice definitely do.

Murder at Snowfall features a blended family. A younger step-sister thrown together with her older, grumpier, teenage step-brother. The boss of Ruby’s mother has gone missing. He’ll later turn up dead, discovered by Ruby and Lucas when they are walking home one afternoon. Break-ins at the doctor’s surgery and then at Ruby and Lucas’ house, suggest that the murderers are searching for something. It soon becomes clear they’ll stop at nothing to find it.

Ruby and Lucas work together to solve the crimes; though the story is as much about the growing relationship between them as the central mystery. The trail twists and turns and has some exciting set pieces, including being chased by wolves across a snowy hillside!

Adult readers will almost certainly guess who is behind the crimes committed in the book, but the reveal is exciting nonetheless. If I had a criticism, it’s that considering the series of scary and dangerous events that happen to the children, the adults involved, including the police and Ruby and Lucas’ parents, seem strangely uninterested in finding out what is going on. They are a little too happy for the pair of sleuths to roam the freezing British countryside. I know Christmas is a busy time, but the disinterest shown bordered on wilful negligence!

I hadn’t realized that Fleur Hitchcock has written a whole slew of these whodunnit novels, though this is an entirely standalone novel. If your children enjoy Murder at Snowfall (and they almost certainly will), there are plenty more books for them to sink their teeth into. (Including the similarly themed Murder at Midwinter.) Crime-solving is an ever-popular subject for fiction and it’s very satisfying when you find an author with a decent-sized backlist to work your way through. No waiting patiently for new books to be released.

Disclosure: I was sent copies of both books in order to write this reviews.