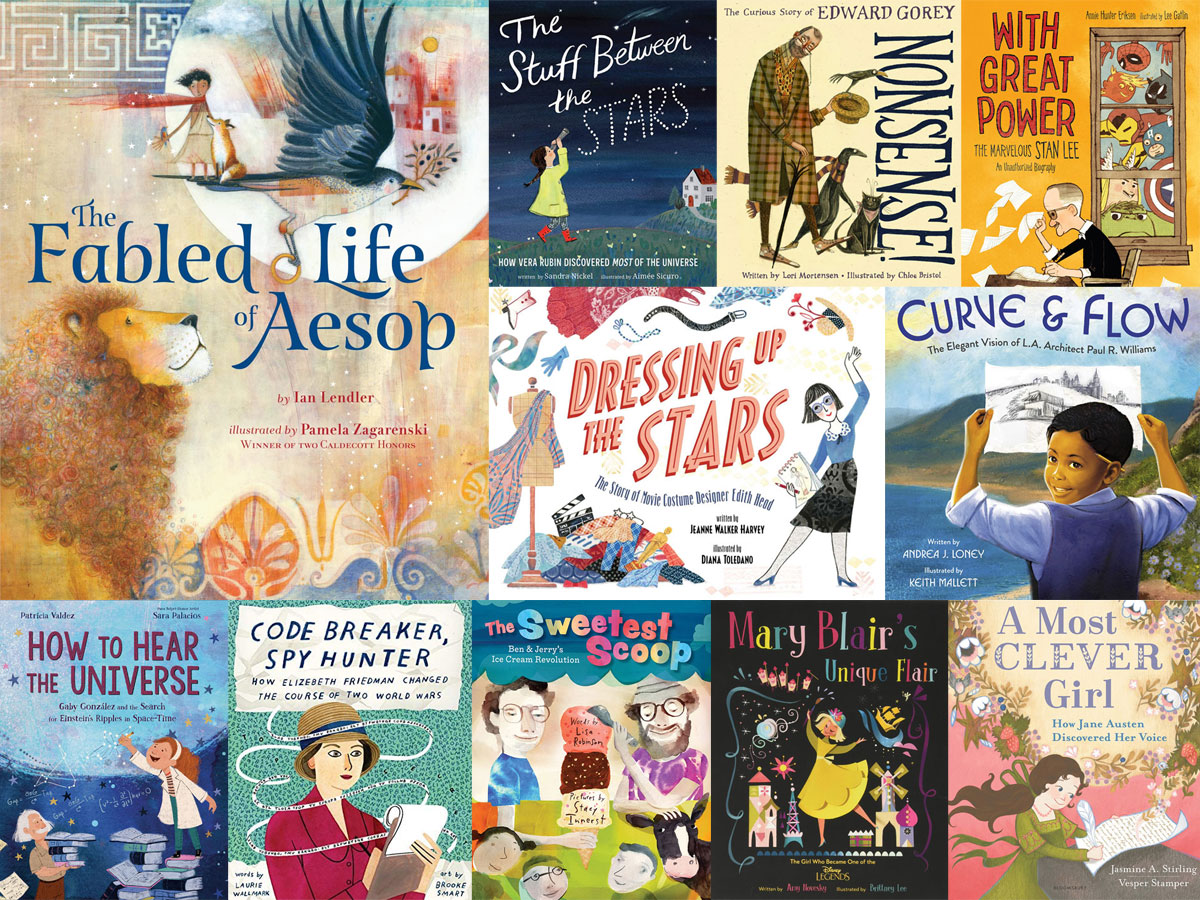 Today’s column is a big stack of picture book biographies! I like these for the way they offer a snapshot into the lives of people who have accomplished some amazing things, and often show young readers a little bit of what things were like when they were kids. Some of these are about well-known figures, and some are folks that I hadn’t heard of until I read these books! 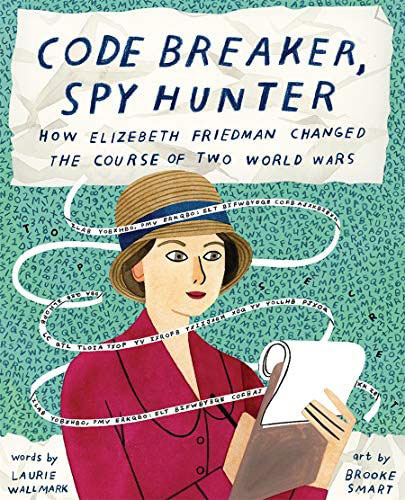 Elizebeth Smith Friedman was a codebreaker who helped decipher messages; she set up the United States’ first code-breaking unit during the first World War, and also set up the first cryptography department for the Office of Strategic Services (now the CIA) during World War II. Her team also managed to crack the German Enigma code (at a the same time as Alan Turing’s British team, though they didn’t know because of wartime secrecy). Her work was classified as Top Secret Ultra, and she wasn’t even able to tell her own family—this information was only declassified in 2015, 35 years after her death.

This picture book tells the story of how Elizebeth—an English literature major—became interested in codes, and shares some of the cases that she worked on. There’s also a section at the end of the book that goes into some more detail about codes and ciphers, and offers a couple of codes for readers to crack. It’s a really fascinating story about an unsung hero, and could spark interest in codes and ciphers for young readers. 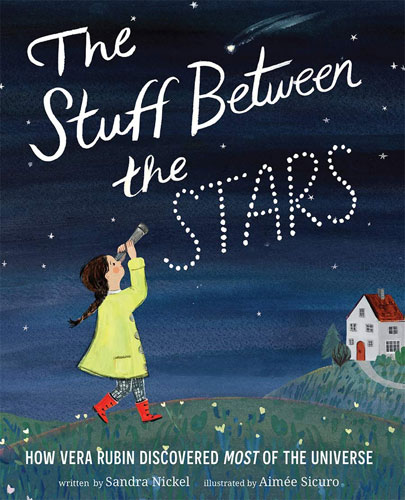 The Stuff Between the Stars: How Vera Rubin Discovered Most of the Universe written by Sandra Nickel, illustrated by Aiméee Sicuro

Vera Rubin grew up looking at the stars and studying how they rotated in the sky. When she went to college, she was discouraged from studying astronomy, but persisted. And as she continued to study the night sky as she raised a family, her theories about how galaxies moved were rejected or ignored by the male-dominated world of astronomers. Eventually, though, Vera got a job at the Carnegie Institution in California, where she had access to more powerful telescopes, and made a surprising discovery about how galaxies spin. Her observations helped to prove the existence and prevalence of dark matter. Because of the way that Vera was pushed out to the edges of the discipline, she noticed things that been overlooked and ended up having a huge impact on astronomy and our understanding of the universe. 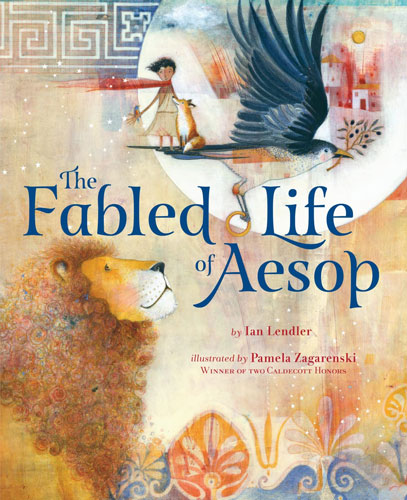 The Fabled Life of Aesop written by Ian Lendler, illustrated by Pamela Zagarenski

While I’ve long been familiar with Aesop’s fables, I had not really known much about the story of Aesop himself. This picture book uses the story of Aesop to bookend several of his more well-known fables. Historians aren’t sure whether Aesop actually existed as a real person, but as the story goes, he was a slave who earned respect for his wisdom, often conveyed in these stories about animals, and eventually even won his freedom. Whether that is actually true or not, this story of Aesop resonated so much that it, and his fables, have lasted thousands of years.

One of the things that this book illuminated for me was that his stories weren’t just lessons about being virtuous or kind, but were also about how to survive in a world where you are powerless among the powerful. As a slave, Aesop had to be very careful about expressing criticism of his master, and the fables were one way to give advice without causing offense. It’s a perspective about the fables that I hadn’t actually heard before, and I appreciated the way this book taught me a new way to look at these old stories. 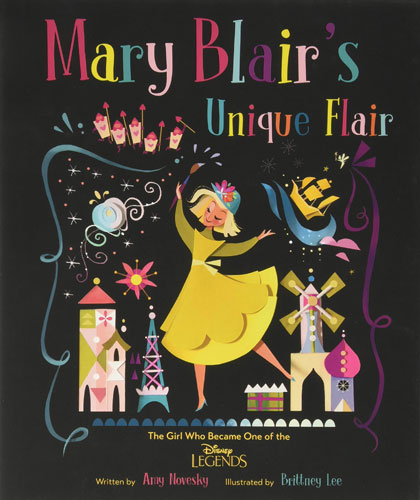 Mary Blair’s Unique Flair: The Girl Who Became One of the Disney Legends written by Amy Novesty, illustrated by Brittney Lee

Mary Blair is perhaps one of the most well-known Disney artists, both for her work on some of the early films but particularly for the “It’s a Small World” ride. This book shares her story—albeit in a much-abridged way—and celebrates her style and love for colors. The illustrations are made with cut paper, much like many of Mary’s own work, and are in a style that really reflects hers. 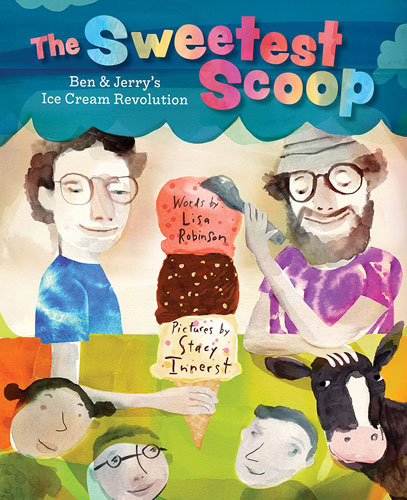 Mmm, who doesn’t love ice cream? This book tells the story of Ben and Jerry and their ice cream company—from their childhood friendship, to their failed pursuits after high school, eventually leading to their teaming up to make … bagels? Fortunately for the world, bagels were more expensive to make than ice cream, so they pivoted to an ice cream shop, and the rest is history. The book talks about both the ice cream itself as well as Ben and Jerry’s commitment to social and environmental justice, and the way that they’ve used their ice cream to celebrate and promote causes that are important to them. Oh, and there’s also a good number of silly jokes spread throughout the book, as a callback to Jerry’s goofy jokes from a summer spent driving an ice cream truck. 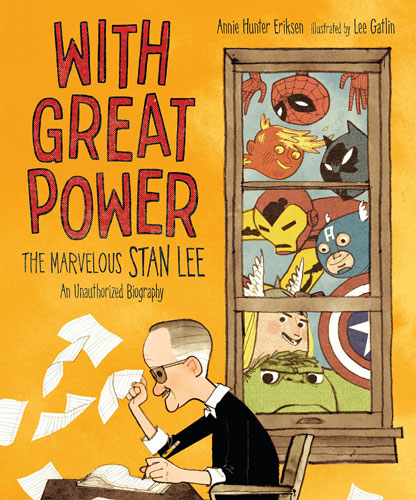 Although there are many people responsible for the superheroes in the Marvel comics universe, Stan Lee has long been the face of the company. From his signature motto “Excelsior!” to his cameo appearances both in the comics and in the movies, Stan Lee looms larger than life in the story of Marvel—which has now become a huge part of American pop culture.

This picture book tells the story—or at least, a version of the story—of how a poor kid from the Bronx named Stanley Lieber became the Stan Lee. With a mix of creativity and lucky timing, Stan became the editor of Timely Comics (eventually Marvel), and teamed up to create some of the most well-known comics superheroes. The illustrations in this book are fantastic, with Gatlin’s own takes on the colorful comics. 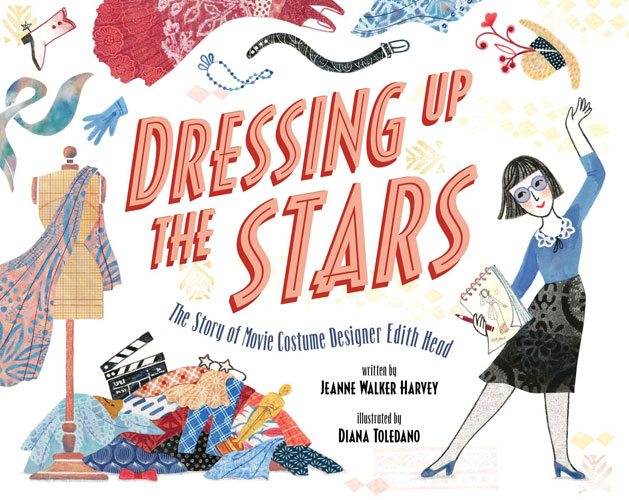 Edith Head was a Hollywood costume designer who still holds the record as the woman with the most Oscars. But her road to costume design was not at all straightforward. She grew up in a small desert town and made costumes for her dolls and pets, and she was originally hired as a sketch artist despite having very little drawing experience. Eventually, though, she was able to overcome various hurdles and became an expert in costume design. I didn’t know much about Edith before reading this book, and I imagine most kids won’t have heard of the movies that she won awards for, from the 1940s and 1950s, but it’s still an inspiring story about pursuing your creative passions. 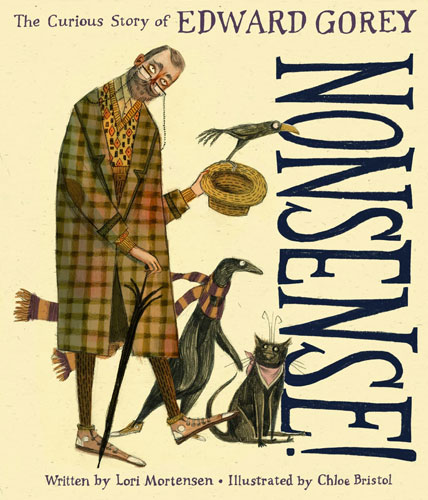 Edward Gorey’s unsettling stories and scratchy pen and ink drawings look like something from long ago, so I remember being surprised to learn of his passing back in 2000 while I was in college. I had just assumed he was somebody who had long been dead, not somebody who had still been alive and publishing new books up until then. His art style is instantly recognizable, and his stories are bizarre and often inexplicable, without a simple moral to tie everything together at the end. This picture book tells his story using fanciful language and illustrations inspired by his own drawing style (though the people’s heads aren’t quite as rounded and squashed). 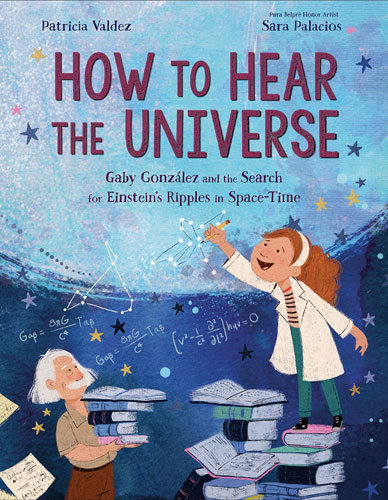 How to Hear the Universe: Gaby González and the Search for Einstein’s Ripples in Space-Time written by Patricia Valdez, illustrated by Sara Palacios

This picture book takes a lot of complex science and compresses it into a bite-sized portion for kids. It starts off with an introduction to Albert Einstein and some of his theories, including his idea of gravitational waves, which he concluded would be impossible to detect on Earth. Then we get the story of Gaby González and her love of physics and the stars. Eventually, she became involved with the LIGO (Laser Inferometer Gravitational-Wave Observatory) project, which was trying to listen for these waves, and the challenge was to filter out background noise caused by everything else. The experiment was a success in 2015, detecting the waves caused by two black holes colliding, finally confirming Einstein’s theory a century later. 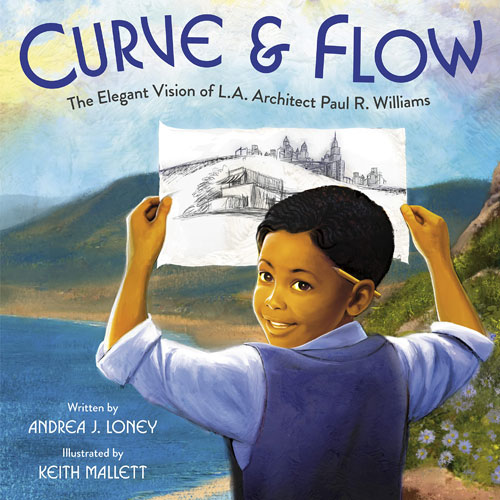 Paul Williams was an architect who designed thousands of buildings all over the world, including many historic landmarks and celebrity homes in Los Angeles. But because he was a Black man, for a long time he wasn’t even allowed to own or enter many of the buildings he had designed. This picture book about Paul describes the challenges he encountered just to become an architect, and the way that he curved around obstacles to become so exceptional that everyone would want to hire him. The book celebrates the way that dreams can come true, even while depicting the ugliness of racism and the difficulties that Paul and other Black people faced in owning homes or buildings in Los Angeles. 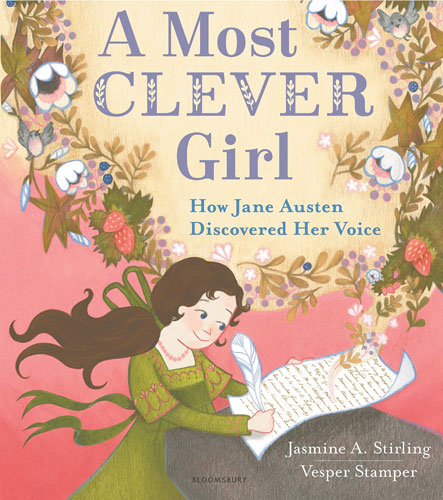 A Most Clever Girl: How Jane Austen Discovered Her Voice written by Jasmine A. Stirling, illustrated by Vesper Stamper

Reading Jane Austen’s story, I think I was perhaps most struck by how much support and love she got from her family, who encouraged her to study and write and gave her the space to do so. The author does make a note of this in her afterword as well, sharing Virginia Woolf’s statement that genius needs time and space to flourish, and without these we may not have had Jane Austen’s contributions to English literature. Her story also includes pain and grief, though—having to move from her childhood home and then losing her father—and this book shows how all of those pieces fit together to give Jane her unique voice.

This week I’ve mostly been reading Prime Deception by Valerie Valdes, the next book after Chilling Effect. Watch for more about this series later (probably after I read the third book!).

Disclosure: I received review copies of the books covered in this column. Affiliate links to Bookshop.org help support my writing and independent booksellers! 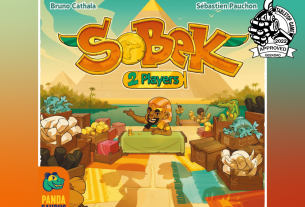