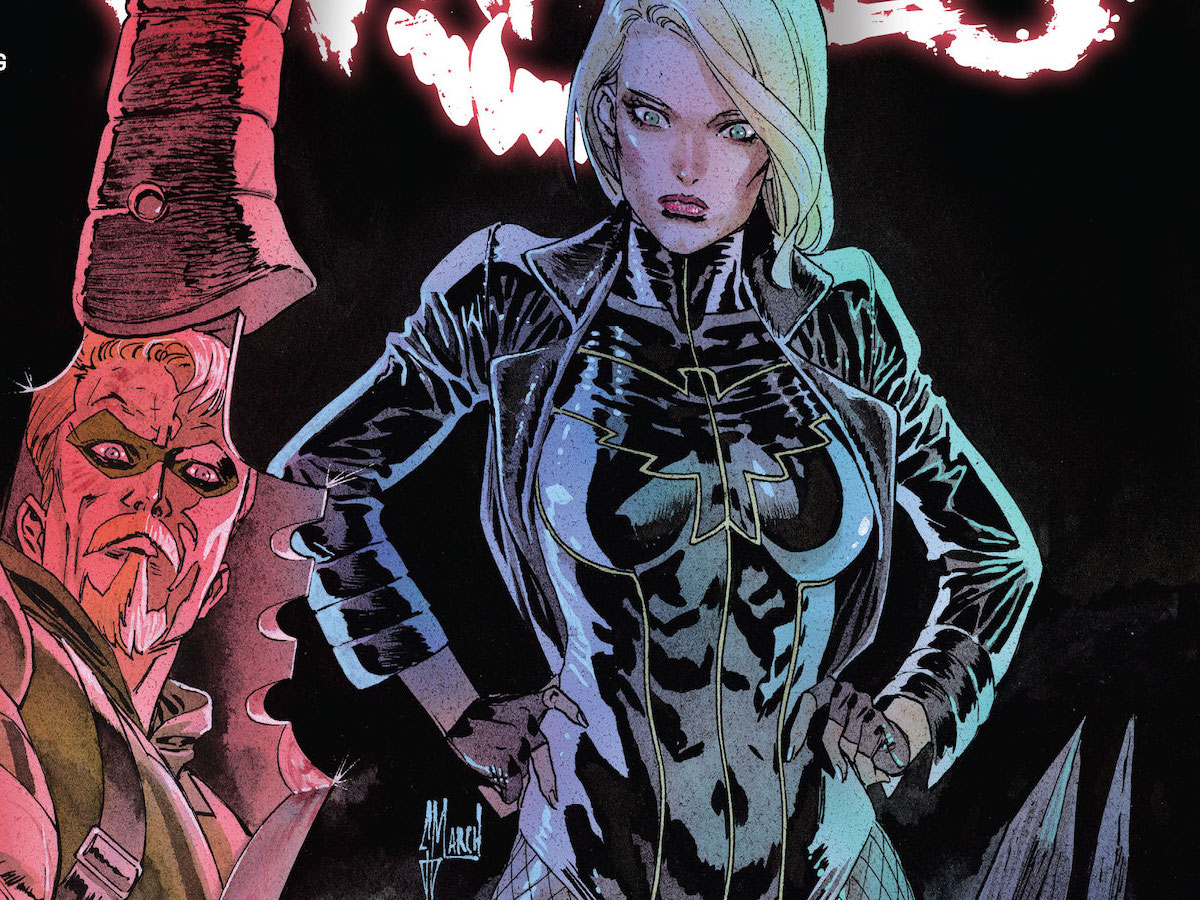 Ray: The first half of this series has been about the vampires winning the war, and the second half seems to be about the resistance. It takes several stages, with the heroes hiding out of the sights of their immortal enemies. But while some are willing to bide their time, others are looking to make their move now. One of them is Green Arrow, who has found out that his friend Carter is seemingly leading a unit of vampires and wants to stop him personally. The interaction between GA and Black Canary is one of the best parts of the issue, as this is a debate where there is no good answer. In general, this story is all about the thornier emotional elements of living in the apocalypse. Supergirl, who is considered the great potential savior of the heroes after being rescued last issue, has a fantastic scene with Ryan Choi where the messiah complex that’s essentially being forced upon her is addressed.

Like most post-apocalyptic alternative universes, this series can rely a little too much on shock-value deaths. There’s one segment here involving the House of Secrets, as the DCU mages try to figure out a way to reverse the vampire curse that trends a little too much towards this as a whole host of interesting characters seem to get abruptly cut off. Barbara Gordon, who is one of the few survivors of the Bat-family at this point and has mostly been in the background of this series, gets an important solo mission this issue that ties into the recent Harley-centric one-shot as well. I kind of feel like Barbara would be better off coordinating the resistance as Oracle, but that’s neither here nor there. Overall, this is really a transition issue, with it ending with three key groups of characters heading into missions that could determine the fate of the war. With only four issues left, I’m wondering if this is just going to be act one.