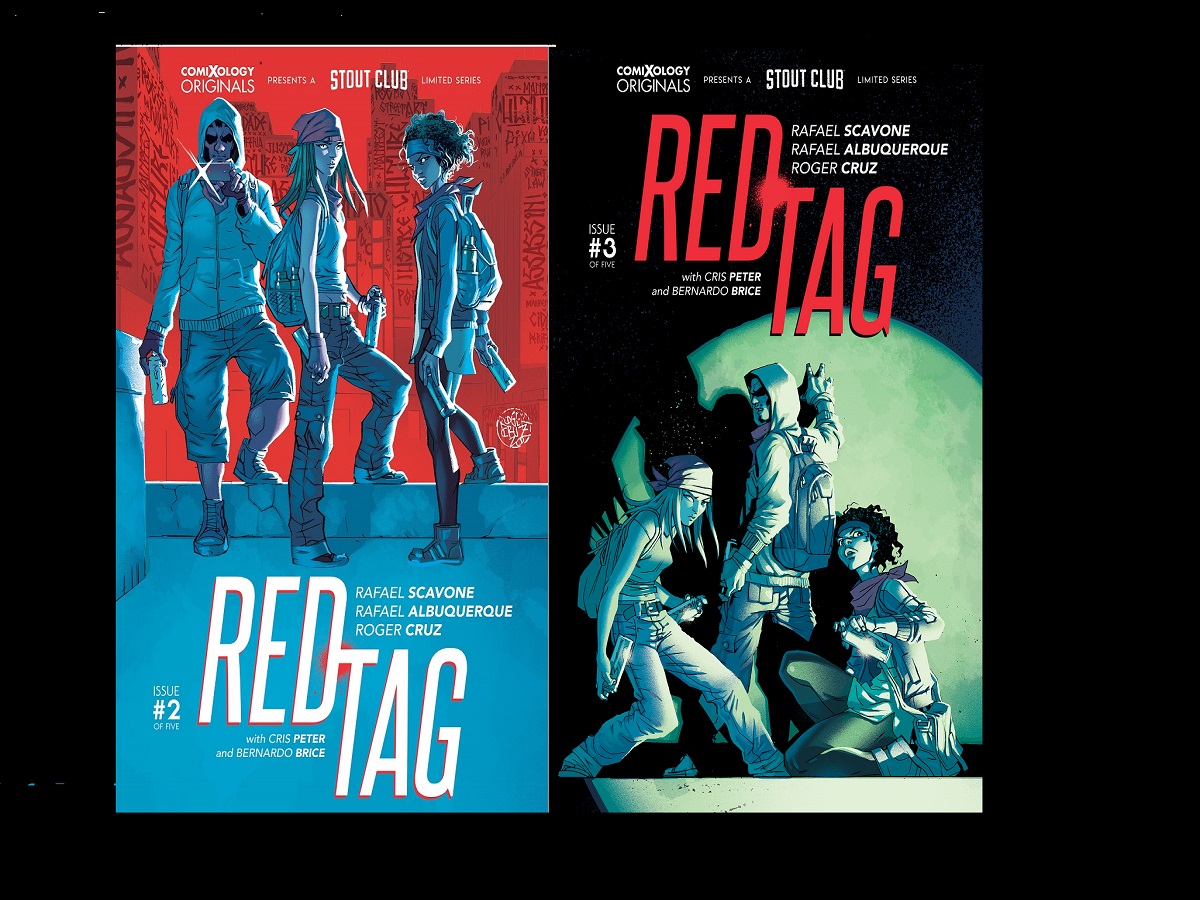 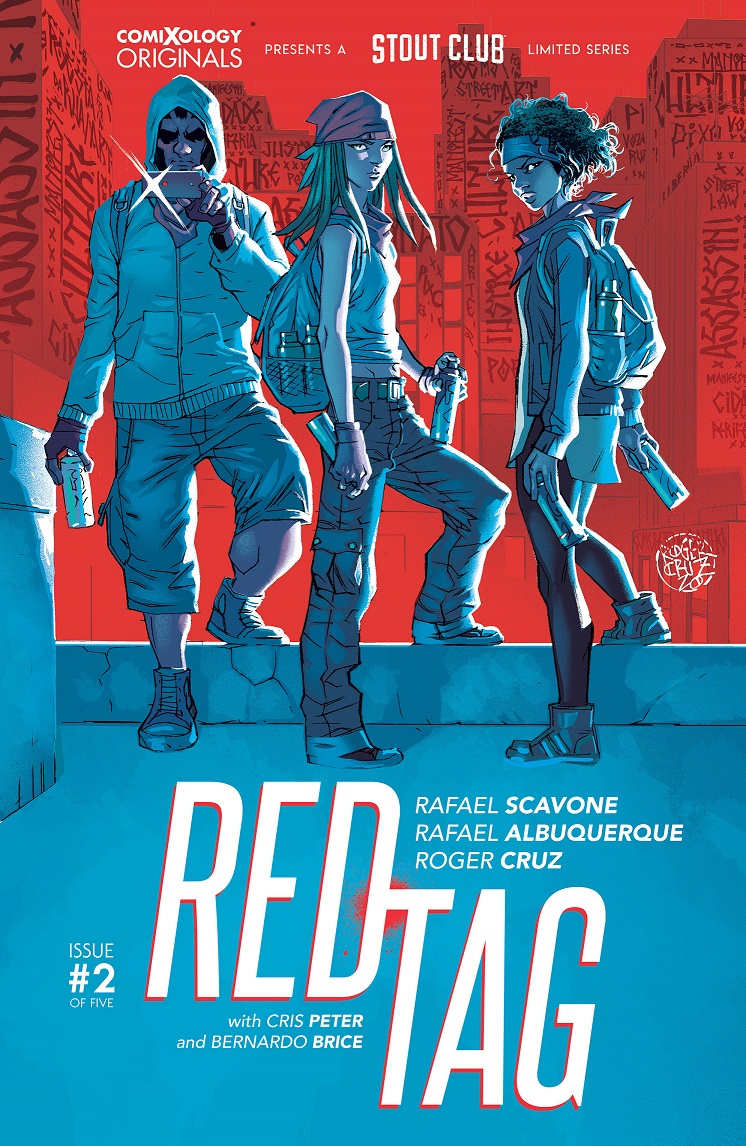 Set in the contemporary Brazilian streets of São Paulo, three unlikely heroes have gathered: Lis, Lu, and Leco. They paint pixo, graffiti, and have built a reputation with their art.

They are fierce about injustice and abuse, and when faced with an obnoxious and corrupt cop by the name of Noronha, they decide to do something about it: they steal his phone.

This is where things start to heat up, as they now need to do something about the sensitive material they found on it.

Noronha was into deep stuff, working for a corrupt politician and stalking a candidate of the people: Neto.

The gang decides to expose the conspiracy against Neto using their art. And succeed impressively. After their graffiti appear in the city, social media is abuzz with them. 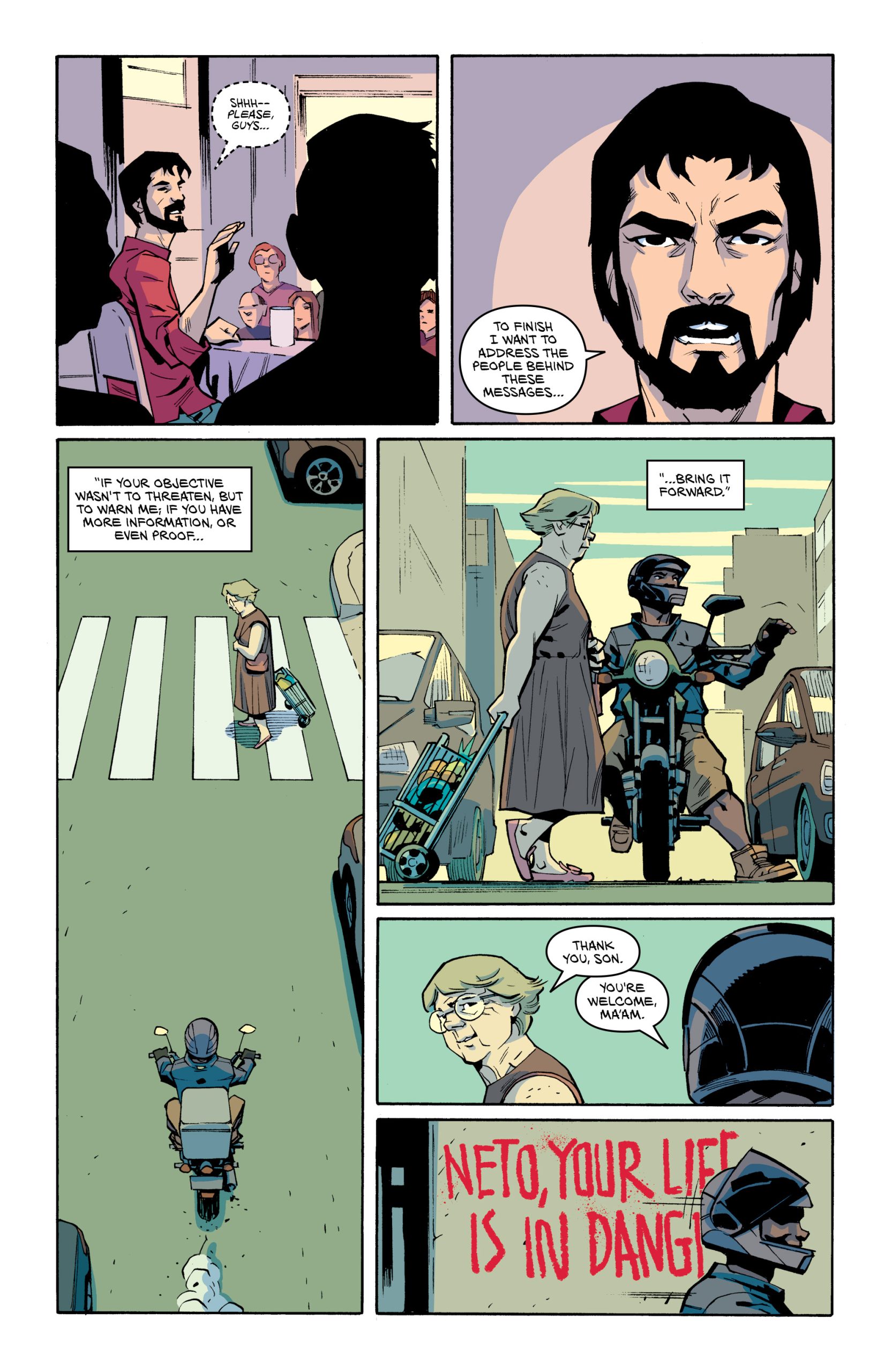 However, they are on the trail of Zé Fofhino, a brutal man that identifies himself as a cop, but whose brutality and lack of morals make him more of a thug. He is corrupt officer who does not scoff at intimidation, torture, and death, as Noronha himself is about to find out. 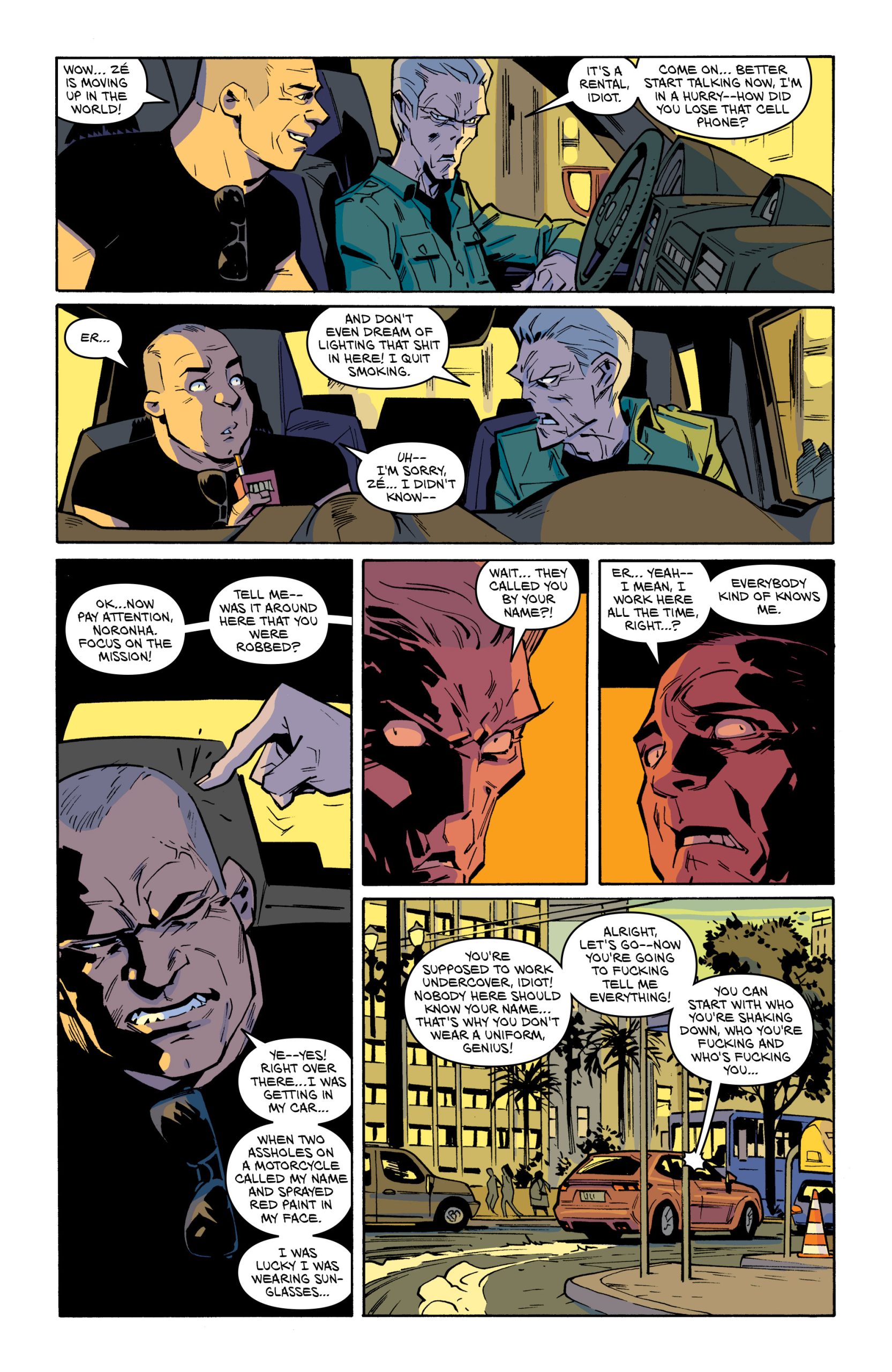 And he is on their trail.

Red Tag number 3: The Fickle Finger of Fate is a brilliant exposé on Brazilian police brutality.

These cops can somehow feel like armed gangs, on the payroll for only a select few. When Fofhino strikes, he can do it whit the full force of the law.

Will they get arrested? We are about to find out… 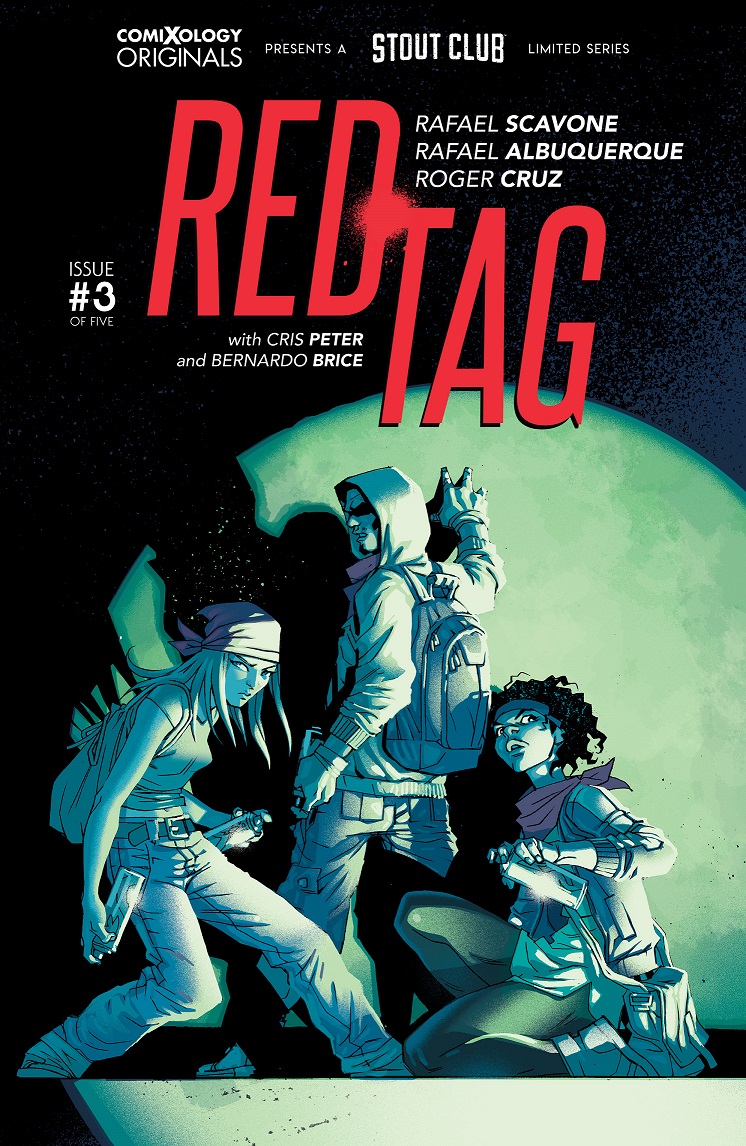 Featured image by Rafael Albuquerque, all images belong to comiXology 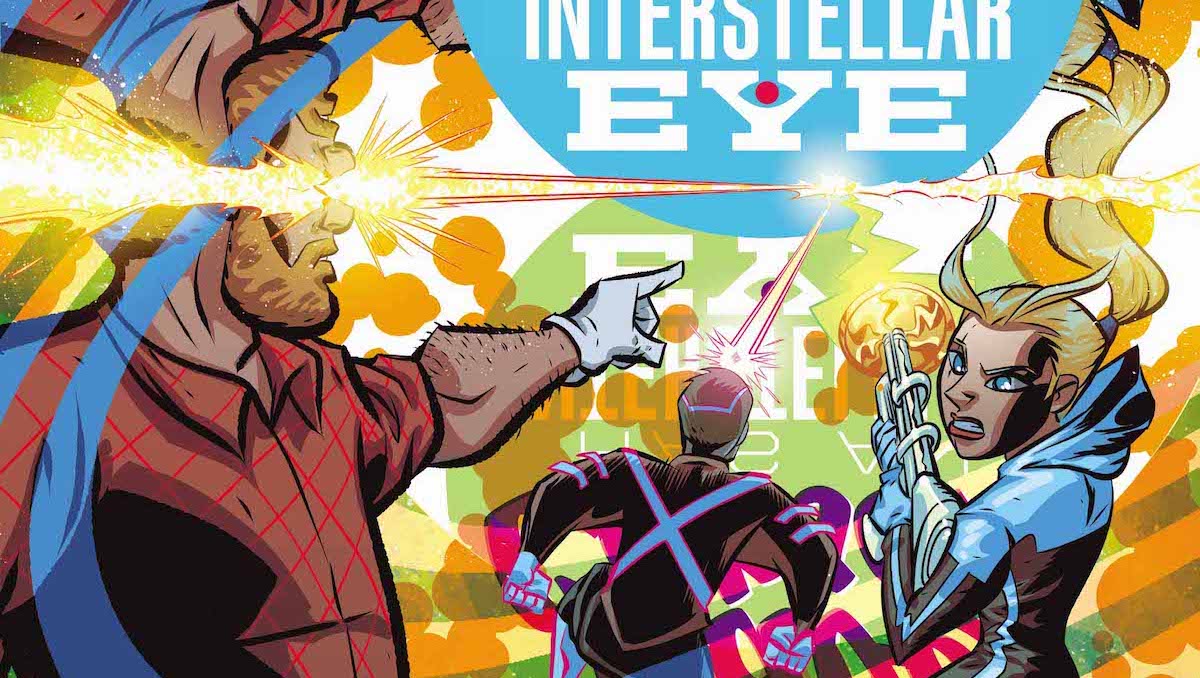