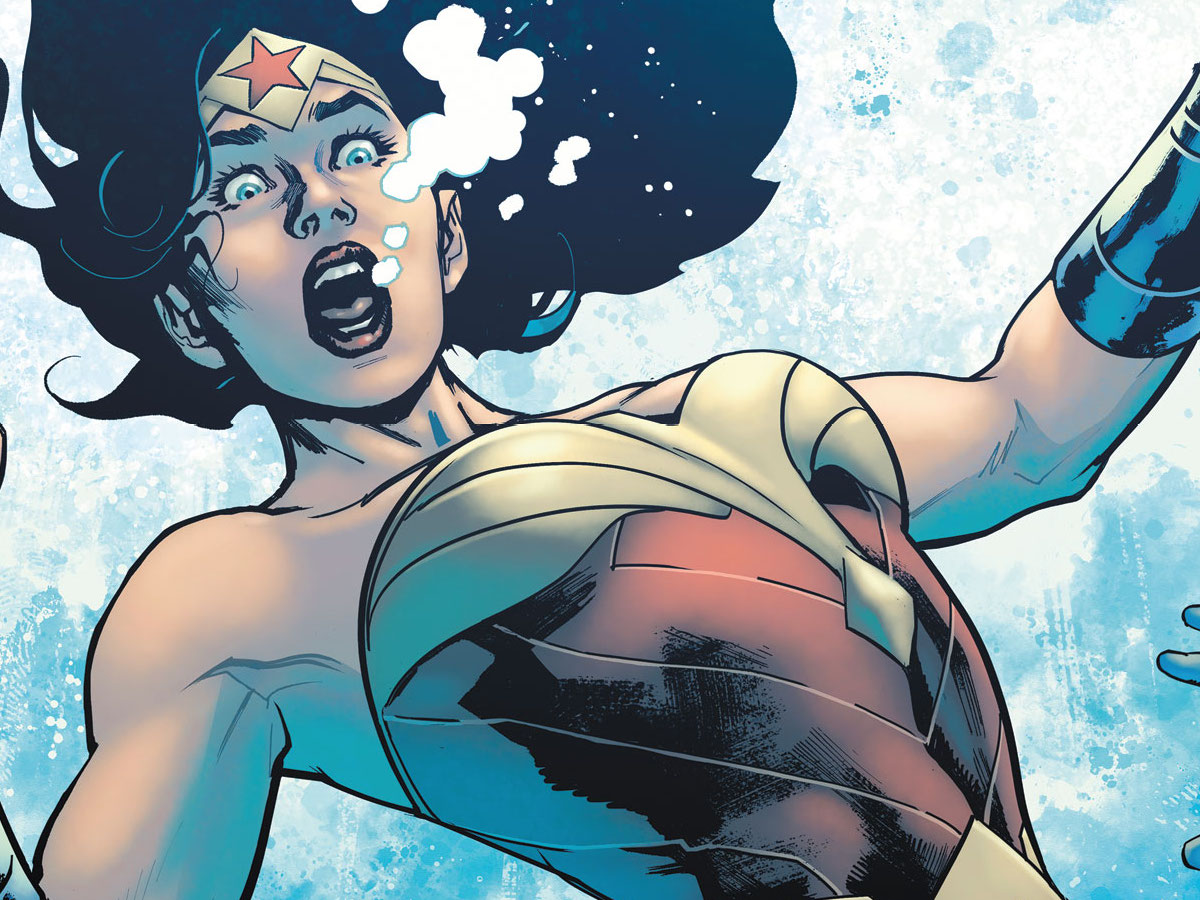 Ray: Now that Trial of the Amazons is over and Nubia has taken charge of Themyscira’s future, it’s back to business for Wonder Woman—but there’s some major loose ends to take care of first. Many people were expecting the villain Altuum to be the main foe of the crossover, but he turned out to be a footnote working behind the scenes instead. This issue makes clear why, as Diana confronts him in his undersea base and reveals the truth. This seems like an abrupt course-correction, exposing his belief that Themyscira displaced his people to be a complicated lie. It gives the short-lived character a poignant send-off with some great visuals, but it does feel like the character was a bit of a wasted opportunity.

From there, it’s back to Man’s World as we catch up with some old friends. I was amused to find out that Siegfried and Steve are now close friends and roommates, cleverly subverting the expectations of the two becoming romantic rivals. Diana and Etta’s interaction is strong, as is Etta taking the fight to a group of punks who attack her car—and that turns into a bigger development than expected. The punks are devotees of Dr. Cziko, who has turned himself into an alt-right podcaster who radicalizes young men. It’s all a little too on-the-nose, the way Mark Russell’s satire sometimes gets, but the end of the issue shows that he has much more sinister plans than just hate speech. Overall, a strong transition issue.

The Young Diana installment in the back was excellent, as Diana’s training on Themyscira is shaken up by the return of the last Amazon to leave the island—Antiope. Hippolyta’s estranged sister has apparently chosen to marry someone from outside the island, and that’s caused major tensions. Diana, on the other hand, is fascinated by this wild-card addition to the island and can’t learn enough about her. But as she talks with Antiope, Antiope starts asking some hard questions about her future. We’ve yet to get a truly iconic story of Diana’s youth, and the art and character work here make it a contender.