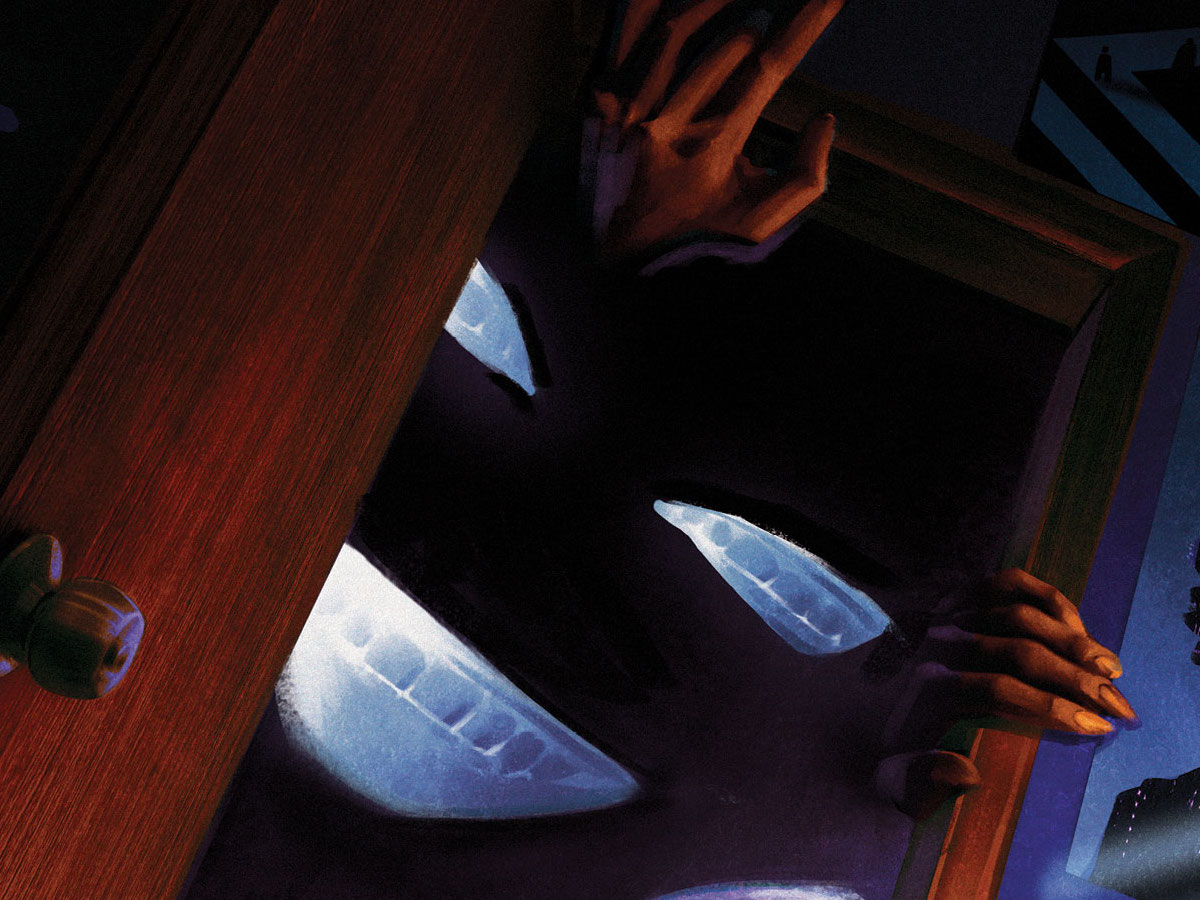 Ray: The first issue of this new series set the tone nicely, but the plot was still a little vague. In the second issue, Nightmare Country takes off like a rocket and plunges us into a new world of horror with one big question—can a nightmare ever truly become a hero? Because it seems the Corinthian may not be the villain of this narrative. The story centers around Madison Flynn, a young artist who is haunted by disturbing visions of the Smiling Man, a hulking beast with features similar to the Corinthian. That pulls the original nightmare into her orbit, as he drops into her apartment, observes her art, and… invites her out to breakfast? Knowing what this nightmarish creation of the Dreaming is capable of makes it all the more eerie to see him come off as a polite and curious man who just happens to have teeth for eyes. And we’re not the only ones who are suspicious—Lucien is pulled out of the Dreaming to track him down as well.

Andrea Sorrentino is this month’s guest artist, and anyone who knows his work with Jeff Lemire knows that the man is the king of nightmares among modern artists. The segment here, which explores an unseen corner of Lucien’s library, is equally eerie if a lot more subtle. The biggest risk Tynion is taking in this book is asking us to invest in the Corinthian as a protagonist, but I don’t think it’s as much of a stretch as it appears at first. After all, from John Constantine to Spider Jerusalem to Jesse Custer, DC’s adult lines have been full of leads who are already halfway to being a villain. Where this issue excels is in how it builds tension, particularly with the reveal of our new villains at the end of the issue. The visuals are terrifying, the writing is nicely tense with a lot of little details from the Sandman lore, and the first two issues have made clear this is probably going to be the best Sandman Universe title yet.